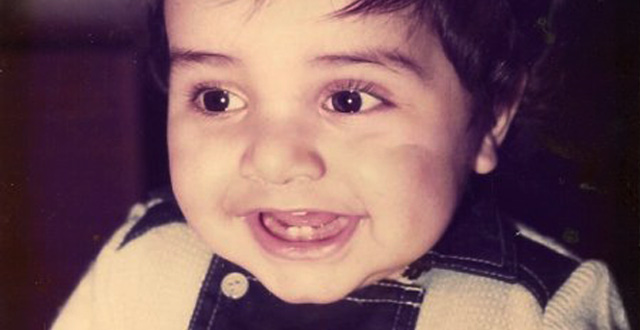 As part of our ongoing series on the early lives of videogame designers, we talk to BioWare Montréal senior designer Manveer Heir. A graduate of Virginia Tech, Heir went on to work at Raven Software on Wolfenstein before taking a job with the Canadian developer of the Mass Effect franchise. We talk to Heir about his English upbringing, the difficulties of being a minority, his favorite candy, playing drunken Super Mario Bros. 3, and being called Rodney King for a year.

Coventry, England in 1982. In 1984, my parents immigrated to the U.S., moved to Annapolis, and then moved to the DC area. My parents were born in the state of Punjab and my dad lived in India until he was 15. My mom moved when she was four or five. Is it OK if we call it the “Motherland” now?

My mom was a nurse and worked at hospitals, and my dad worked as a software engineer, mostly doing defense contracting. My mom was already a nurse, but became head of nurses while raising kids. I remember my mom would be doing dinner and studying while I was doing homework.

The earliest one was a kid named Tony. We hung out because he was next door. He was a nerdy kid who was picked on, so we had that going for us. We threw rocks at things. I remember having nights where we’d play Super Mario Bros 3. Also, there was this game called Caveman Games?

Really simply—it was fitting in. I lived in predominantly white areas that didn’t like that I was a minority and I was awkward and nerdy.

Even though it was after the time he was fighting, I got into Muhammad Ali.  My dad loved boxing and we’d watch old matches together. This was the one overlap, so I was interested in Joe Frazier and I’d find their fights on VHS.

When I was really young, I wanted to be a baseball player. Then came the inevitable reality that I batted .100. By late middle school, I wanted to make videogames. I had this moment when I was playing Fallout where I thought, “I can make stuff like this.”

At the end of the day, they taught me to do something I love, but they tried to guide me in places. My mom would not have minded if I had become a doctor. My dad hated working in software, so he wanted a me to be a lawyer or on Wall Street.

I actually got called Rodney King for a year. For an entire year.

What was your favorite childhood game (electronic or otherwise)?

I was a big fan of Wolfenstein 3D, which is ironic because I worked on the reboot. I remember hiding it away, because I didn’t want my parents to find out. I played the whole first campaign on shareware, and then I snuck out and bought the whole game without my parents finding out.

I can beat Super Mario Bros. 3 on every single world without Warp Whistles. In college, we’d take it out to the porch, drink, and pass the controller. We finished at 7 a.m. with a blood alcohol content of .4.

What was your least favorite childhood game?

I bought an Atari 7800. I had poor hand-eye coordination and the doctor told them that videogames would help. No joke. The first game I got was E.T. I remember playing, but not getting why it was bad game. Why do I just fall through pits all the time? But I thought, it can’t be a bad game, because it’s E.T.!

What was the biggest trouble you ever got in?

In fifth grade, there was one kid lower on the totem pole than I was—so the abusee becomes the abuser. I pantsed him during a fire drill and he had really dirty underwear on. I got detention, and it was out of character for me since I was a good kid.

What was your favorite television show/character?

I used to love watching The Fresh Prince of Bel Air, which I watch to this day, especially the one where they do “Apache.” [Wait until the 1:09 mark. —Ed.]

Favorite character in a book?

Beeblebrox from The Hitchhiker’s Guide to the Galaxy.

My parents called me Mani because in Indian culture, adding an “I” is a term of affection.

I actually got called Rodney King for a year. For an entire year.

I loved and continue to love Reese’s Peanut Butter Cups.

As told to Jamin Warren.