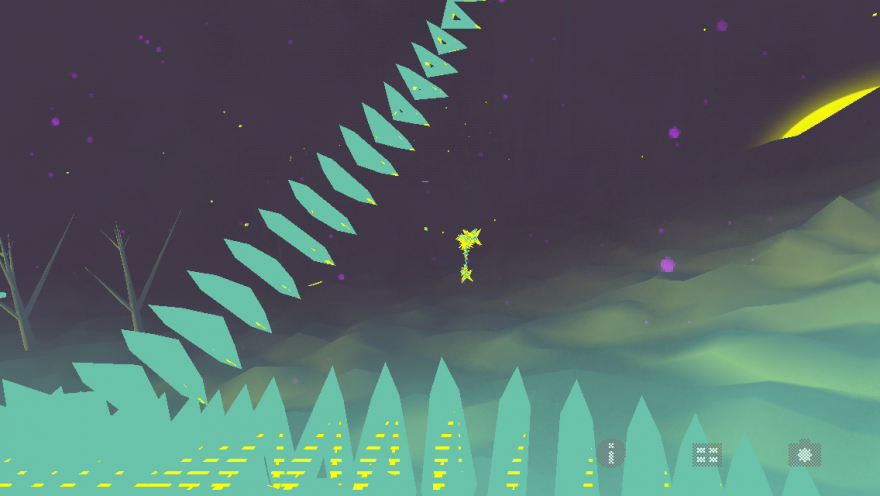 Today, Radiohead surprised everyone with a free mobile “app” called PolyFauna in which you walk around a desolate atmosphere while messing around with your phone’s features and, of course, listening to Radiohead. I’m just gonna call a spade a spade and say it’s a game.

Here are some of the game-like things I did in it: swiveled 360 degrees in my chair to follow a flashing red dot through a barren planet surface; drew spiky tendrils on my phone’s screen that went spiraling ahead of me through space; took a photograph of a tree, which apparently briefly appeared on Radiohead’s blog, before scrolling down a wall of other photos taken by other players.

Also found on Radiohead’s blog, frontman Thom Yorke’s elusive explanation of exactly what PolyFauna is: “It comes from an interest in early computer life-experiments and the imagined creatures of our subconscious.” Well, that clarifies things.

He writes that the space-drone music, where you can hear him chanting softly in the background, was “born out of” the sounds from the song “Bloom,” and brought to life by the multimedia studio Universal Everything. We also know the game was inspired by the King of Limbs studio sessions, back in 2011.

Play it on Apple and Android devices.