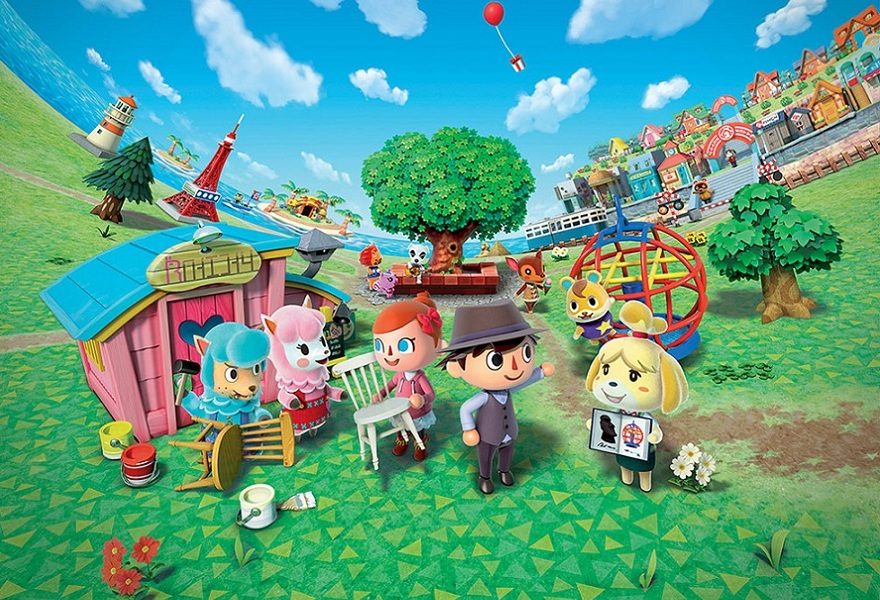 I’ve heard many lovers of Animal Crossing: New Leaf (2012) express a desire to go back and play some more. What’s stopping them? It’s the fear of what state their town will be in after the mayor disappeared for six months (or more).

Animal Crossing’s infamous weeds are the personification of this guilt, growing in your town every day you’re absent; a grand public exhibition for your neglect. But an upcoming update to Animal Crossing: New Leaf will remove them forever. Whoopee, you might say. But no, don’t be so hasty, as this may actually diminish what makes Animal Crossing so special to so many people.

In February of this year, I desperately needed something to hold onto. My brother had been in a car accident that had wreaked havoc on his mental health, while my grandmother’s health was also rapidly declining. My anxiety disorder was revealing itself to have new and terrible symptoms that were destroying me mentally and physically. I needed control. Perhaps in some sick attempt at putting myself through even further pain, I returned to my village in Animal Crossing, after not having played for a year. I braced myself for the rage of my villagers at leaving them without help for so long. I held my breath, waiting for the crushing weight of the impossible task of pulling all those weeds.

But all that guilt never came to fruition. Instead, my villagers greeted me joyfully, happy that I’d finally come back. They said they missed me, they wondered where I’d gone—but they weren’t angry. Surely the blow would come with the weeds—but no. Leif, the gardener, revealed a mini-game where, upon pulling all the weeds, he rewarded me with a piece of furniture.

A world with endless forgiveness

Animal Crossing sets up the expectation of punishment and guilt for your negligence. But what is always revealed is a world with endless forgiveness and kindness. Your village will always take you back, and they don’t hate you. They’re just glad you’re finally home. Removing the weeds takes away a key part of that, even if it seems to fix the guilt problem most players cite as the reason for not returning. Cleaning up the weeds in Animal Crossing is like doing the dishes after Thanksgiving. You were worried your parents would be mad at you for not calling more often, but when you do this little thing to help out, they thank you and give you a hug. And that makes your return even warmer.