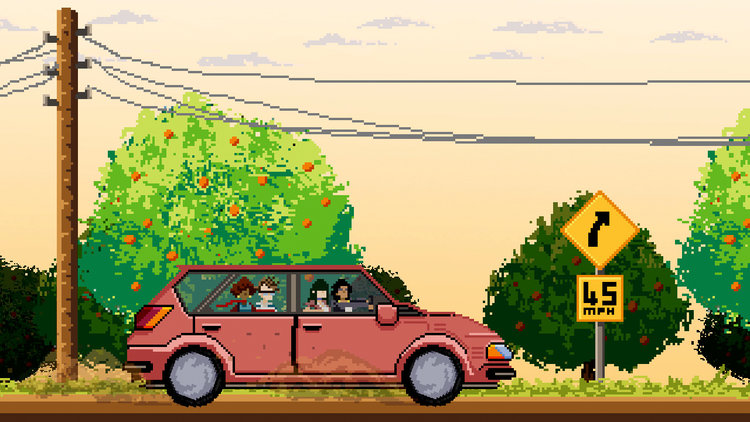 As a college student, my professors are pretty important to me, and not just because they hold the future of my GPA in their hands. My professors have been endlessly patient with my classmates and me, providing us with guidance, insight, and even free dinner once or twice. If one of them went missing without a word, I’m not sure exactly what I’d do.

When a professor suddenly disappears after making a mystical discovery in the upcoming point-and-click mystery game The Last Goddess, an unlikely investigative team of four comes together in Florida to solve the mystery. Each of the characters has a distinct personality and backstory:

– Seiko, a successful graphic designer, is questioning her career trajectory
– Colin, an intern at the same company as Seiko, is a young hotshot designer with a lot to learn
– Tamara is on her way to a PhD at Tampa Bay University, when her dissertation committee chair (the professor) goes missing
– Carmen is a down-on-her-luck investigator from the US Department of Education sent to investigate the disappearance

Each of these characters also bring unique perspectives and skills to the team. Carmen is particularly resourceful and adept at picking locks, while Tamara has a wealth of academic knowledge, for example.

going on an adventure and solving a mystery with your friends

Additionally, these four function collectively. According to the game’s designer, you won’t be playing as just one character; instead, the game features this ensemble working together. The cast of characters is intended to make you feel like you’re going on an adventure and solving a mystery with your friends. To create these unique protagonists, the developer drew from JRPGs like Chrono Trigger (1995) and Persona 4 (2008), which both heavily emphasized characters and their development. 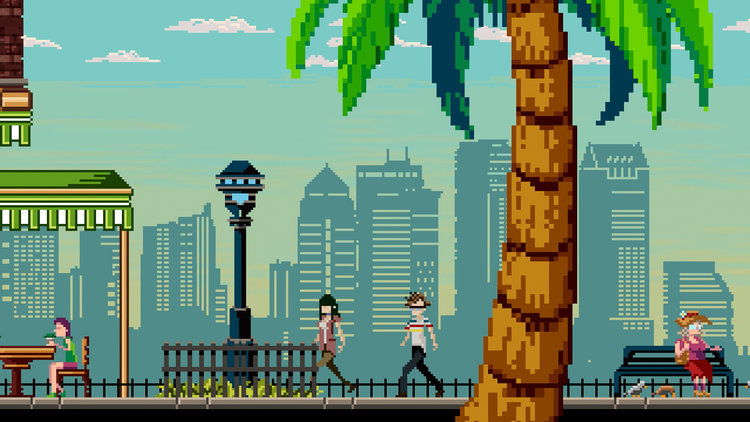 The story is inspired by classic 80s movies like Ghostbusters (1984), and the visuals are designed to be reminiscent of early computer games from the late 80s and early 90s. Combined with simple point-and-click controls, The Last Goddess inspires nostalgia for games like The Secret of Monkey Island (1990) and King’s Quest II (1985).

This is the third game from developer Dean Sullivan, whose first point-and-click adventure game was titled Ozzie and the Quantum Playwright (2002).

The Last Goddess doesn’t have a release date yet, but you can learn more about the game at its official site.