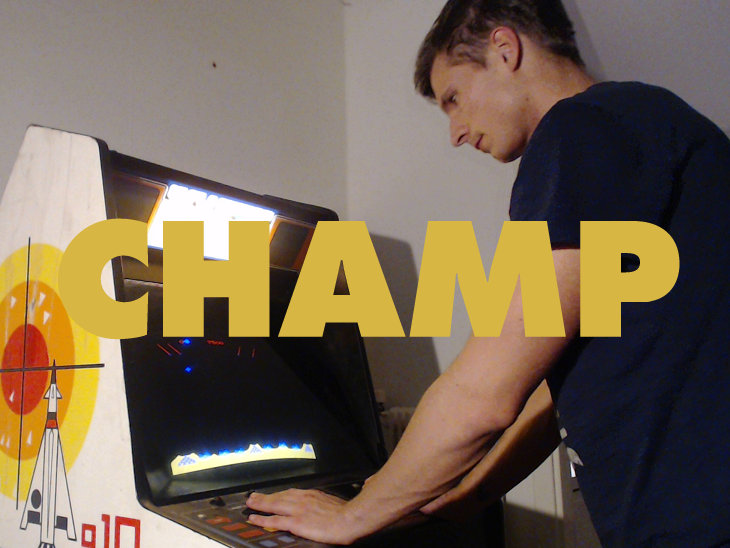 Unsurprisingly, he seemed exhausted when we spoke over long-distance about his superhuman feat.

Kill Screen: You said you practice two hours a day.

I did at the beginning, until I was good enough to play it indefinitely. Once you reach 810k points, you can just keep going, basically. When it comes to Pac-Man, it crashes after the 256th level. You can’t play anymore. That’s why Pac-Man has a perfect score.

But with Missile Command, the game starts over at the kill screen. [Inspiring the name of this excellent outlet, kill screens are levels that, due to programming bugs, cause progress in a game to become very difficult to impossible – ed.] It goes back to the first level once every two or three hours. During my run, I think it looped over 29 times. Missile Command gets to the highest difficulty at level 19, then it stays at that difficulty until level 256, when it goes back to zero.

Wait. Pac-Man’s kill screen and Missile Command’s are the same?

That’s something with the memory of these old games. They can only store 256 values or something.

What does it feel like to play a game for that long? Does it affect you mentally?

It’s kind of horrible actually. The first thing I always notice is that my back starts to hurt after about an hour or so. Then, my shoulder starts to hurt. I get really weird thoughts in my head. I keep thinking the same thoughts over and over again. Like hallucinations. I have some paranoid feelings, like there is someone standing behind me.

You know, just watching me. It was a little weird. After the twenty-sixth hour, the shapes in the room start to move or something. I don’t know. It’s hard to describe. It definitely messes with your head to play that long. 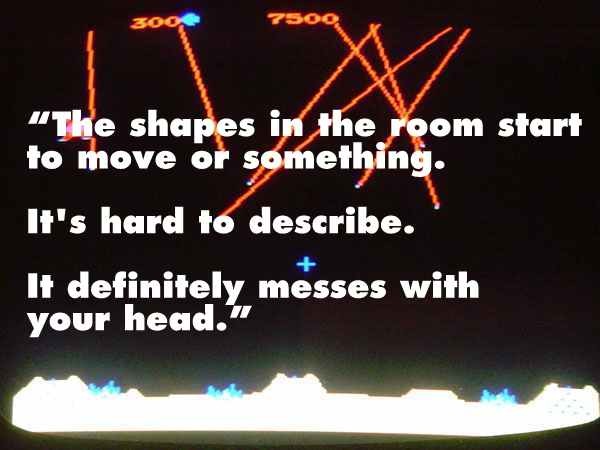 I imagine your perception of time must get screwed with too.

It goes very slow at times. Other times, it goes quickly. Some millions feels like they’re taking forever, but you can’t really think about that, because you have 20 hours left, and because you’re so tired. It was a good thing that there were a lot of smaller records to shoot for. The world record that I beat was 80 million. The second place was 72 million. The third place was 64. I had smaller steps.

So, after you reach a certain point, you’re on autopilot?

Not really. There are a lot of bugs that can make the game crash. You have to be aware of them. You have to keep track of what level you’re on, what your score is, and how many bonus cities you have. That makes it complicated, and is probably the reason why the score has never been beaten until I did it.

Do you have an example?

Yeah. For instance, the game crashes when you earn 256 bonus cities. And, because of another glitch, when you get to 810k points, the game awards you 176 bonus cities. That makes it kind of hard. It’s very easy to forget the number of cities you have. Then, you take a break, to go to the bathroom or eat or something, just for a couple of minutes, and when you come back. . .

You reached just past the world record with 81.8 million points. How did you lose? Did you say, “I’ve beat it, screw this,” or what?

No, I lost because I didn’t have any cities left. I died naturally. I couldn’t continue.

Once I had beaten the record, I didn’t have any incentive to go on.

I was wondering if you plan to keep practicing, or give up playing now that you have the high score? Do you expect a challenge from the previous 1st place?

I think the previous record holder is retired. Bill Carlton is still trying to beat the record. He’s about 7th place all time. But, I am hoping to give Tempest a shot. I just have to find a machine.