Religion and war are a fickle thing. Whether it’s the Jihadist call for the destruction of the Great Satan known as the United States or the pope-approved First Crusade, these two social phenomenon continue to rely on one another as they further plans to hurt and help our fellow man.

Many storytellers have realized the relevance of faith in war. The storytellers behind games like Skyrim and Bioshock Infinite use religion-based justification to drive a certain faction’s actions, such as a desire to destroy all “infidels” or to fulfill a higher calling. But these are games that offer players the chance to engage with the individual believers. How do you represent religion’s effect on war in a world where you lead an entire army to victory?

This is a key question in regard to the Command and Conquer series of strategy games. The Command and Conquer series is divided into three separate universes—the Tiberium Universe, the Red Alert Universe and the Generals Universe. The Tiberian universe is set in the far future, where a UN-sanctioned military force fights with a religiously-driven faction of terrorists over Tiberium, an alien mineral with immeasurable consequences for the human race (including alien invasions and mutant uprisings). The Red Alert Series is set in the past, where Albert Einstein travels back in time and assassinates Hitler, accidentally opening up an opportunity for the Soviet Union to rise up and try to take over the world. Finally, there’s the Generals series, a game that are set in the post 9/11 world. In this game series, a terrorist army known as the Global Liberation Army (or GLA) arises in Eurasia in order to eliminate the United States and Chinese armies from its territory.

While all three of these games deal with different kinds of war and the reasons for them, they all have a common thread: the main villains are religiously driven. The enemy factions in the series each represent a very particular political and cultural approach to religion, from building a cult to copying a real-world faith without actually referencing the faith. However, the way that the creators of the Command & Conquer series try to use religion to drive the story often stereotypes and misunderstands the faiths they’re pulling from.

Brotherhood of Nod: a fake religion with huge political implications

The biggest example of this is the Brotherhood of Nod, which is described as a “popular, global, religiously developed movement devoted to the guidance of the elusive and charismatic figure of Kane, and the extraterrestrial Tiberium substance.” The Brotherhood’s language implies a connection to the Biblical account of Cain, and to certain forms of Judeo-Christian religion. But at its core, it’s all about Kane.

According to the Brotherhood’s lore, Kane is an unaging meta-human who has existed for thousands of years and has played a key part in human history. Not only did he assist Stalin during the conflict in the first Red Alert game, but Kane prophesied the arrival of Tiberium, the chemical that powers the Brotherhood’s forces. While the game never goes back enough to validate Kane’s age, it’s clear that this leader is definitely not a normal man. The Brotherhood figurehead has led his men for more than 50 in-game years without aging, and has survived constant attacks and ion cannon blasts. In fact, when the aliens known as the Scrin scan Kane during their invasion in Command and Conquer 3, they discover that he isn’t human at all.

Kane believes that the Brotherhood will use Tiberium to “evolve/ascend” to the next stage of life and change humanity. This focus on the next stage of human existence is the closest thing to a “doctrine” in the Brotherhood, though the game descriptions do allude to some concept known as the “ways of Nod,” though it’s unclear what that way entails.

What we do know is that a soldier’s faith in the Brotherhood is a clear part of why they fight. This is mostly shown through in-combat dialogue, where units express their dedication to Kane and his cause. Then there’s the Black Hand and the Confessors, an army of religiously driven elite soldier/priests who instruct the troops in the “Way of Nod”. Finally, there’s the Fanatics, squads of suicide bombers who would willingly kill themselves for Nod’s cause.

While the games try to give players a sense of the political ideals driving the Brotherhood, the game never provides any insight into what the faction’s view of spirituality or the afterlife is (though most evidence points to no afterlife). But if that’s true, then why are the soldiers so willing to die for their cause? How could Kane convince so many to die for his religious cause if there’s no reward after their death?

The only way that Kane’s Brotherhood makes logistical sense is if it is a cult of personality similar to Korean evangelist/cult leader David Jang’s Unification Church or Jim Jones’ People’s Temple. These religions fulfill the standard criteria of a cult, such as having a charismatic leader who the followers believe is ordained by God, followers who are willing to die for the faith, a distrust of the “other,” recruiting and controlling third world nations to its cause and many other patterns and a variety of other attributes.

In the end, the Brotherhood is just an international cult with massive political influence in a world of mutants and aliens, but little substance as a faith. 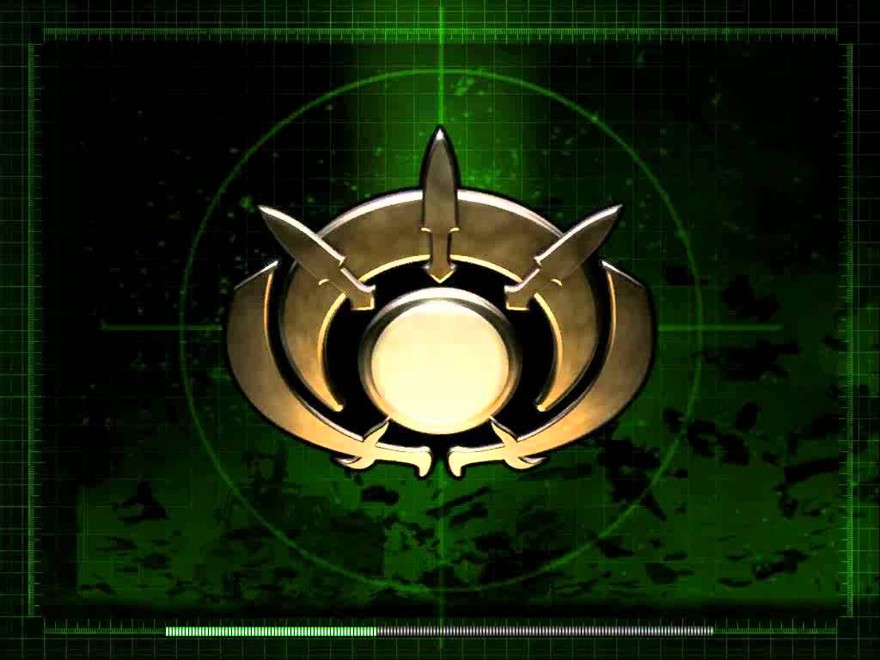 The GLA and Modern-Day Islam

While the Brotherhood is a fictional religion with cultic attributes, the GLA is based on a real religion with political goals. Whether it’s the ramshackle design of the weapons, the Middle-Eastern character designs or the fact that the army uses suicide bombers as a key unit, it’s clear that the GLA is based off of what the designers thought an army that uses Al Qaeda-esque tactics would look like.

This use of Middle-Eastern villains as a faction originally got the Command and Conquer team in a bit of trouble. This has been a struggle for many game designers in a post 9/11 world. Most attempts end up presenting Islam in a stereotyped light, where being a Muslim means you want to destroy the United States and freedom. However, the team behind Generals decided to take an easier approach to it. The designers removed all references to Islam and Jihad from the game. So, when a suicide bomber unit assaults the enemy, he doesn’t yell “Allahu Akhbar”; he yells “I’ll die for my cause!” On top of that, the in-game mission descriptions do not mention Allah, Jihad Mecca or their holy war. Despite these attempts to avoid such references, it’s hard to ignore the technological, visual and tactical similarities to groups like Al-Qaeda or ISIS.

The main reason that the designers couldn’t shake the Middle Eastern Islamic military feel for their troops is because of how many modern commentators understood Islam in 2002-2003, in the post-9/11 world. Many critics of Islam, including Pamella Geller or Richard Dawkins, have overemphasized the religion’s political and violent history for decades. This overemphasis usually ignores the rich religious and cultural history within the Muslim community, and colors the Islamic faith in a way that portrays it as the greatest threat to Western Civilization. That’s not to say that the recent activities of groups like ISIS don’t deserve our attention and immediate response. But Islam is so much more than just a fanatical group of believers driven by their piety to destroy infidels. It’s a complex religion that has multiple schools of thought and practices when it comes to the expression of their faith. But by focusing on a Middle-Eastern army that used Al-Qaeda tactics, Command & Conquer games reinforce the idea that Islam is nothing more than a militaristic force out to destroy the “Great Satan.” 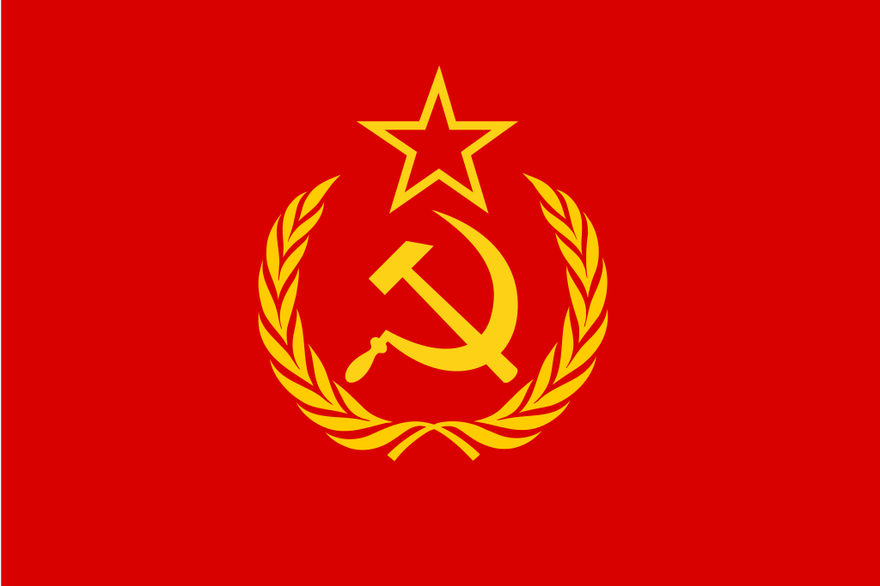 The Soviet Union, The Empire and Divine Destiny

The Red Alert games are a mixed bag when it comes to religion. The game focuses mostly on the Soviet Union, which was an avid proponent for atheistic communism. The games draw from Soviet tradition by not paying attention to religion and putting the economic and political interests of the USSR before everything else. However, the series entered into the religious conversation when it added the Empire.

Red Alert 3 introduced players to the Empire of the Rising Sun, a Japanese faction that uses its superior technology to compete with the major military threats of its day. The Empire is driven by two ideals: that the Empire is destined to conquer the world, and that the Emperor is a living God. This ideology is surprisingly similar to how World War II Japan’s belief about how their emperor was a god in human form, and how they were destined to conquer all inferior people. However, the Empire ignores the spiritual and personal practices that the followers of the emperor practiced during the war, and just focuses on how the emperor-as-God idea drives the Empire to believe itself to be unbeatable, as well as how the presence of time-travel affects all that as well.

At its core, Command and Conquer is one of the best strategy game series in history. It offered players a new way to fight and lead troops against great foes. It also tries to offer players an interesting set of villains who are driven by religious vim and vigor. However, it wasn’t enough. While patriotism and charisma is often enough to drive a force to fight, a lackluster faith with little detail isn’t enough to drive a religious faction to the point of taking over the world. If one wants to represent fictional faiths like the Brotherhood or real-life clones like the GLA in a way that’s helpful and interesting, then one must remember to show the personal side of religion.