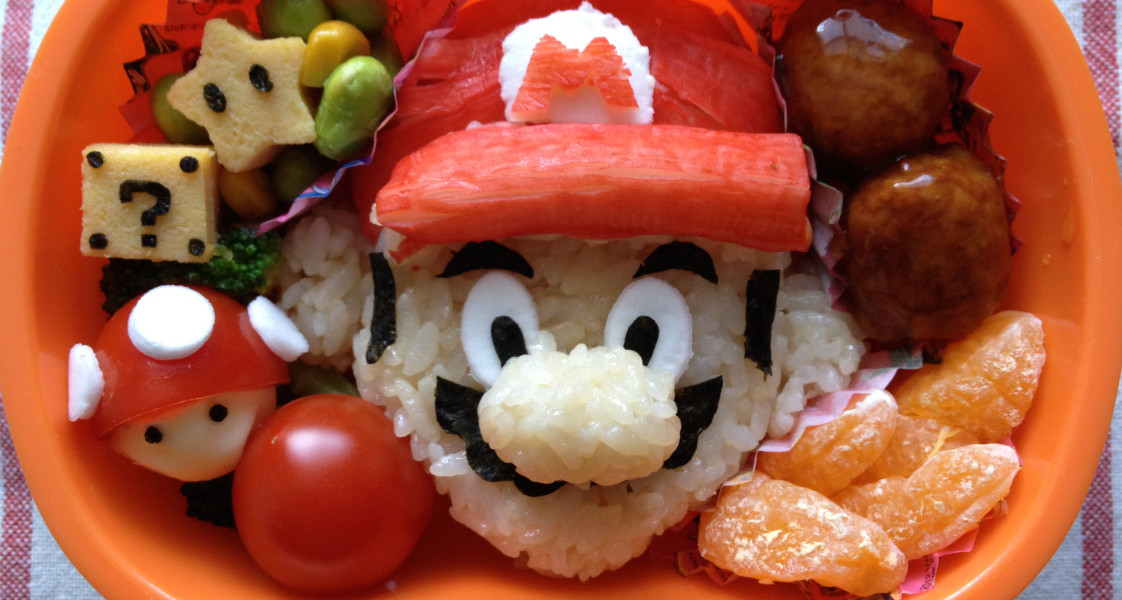 The word “obsession” strikes a negative tone. We flash on violent or unsettling images—boiled rabbits, candle-lit shrines, eyeballs behind a hole-in-the-wall. There’s a stench of isolated mania to the word, the fear that any obsession will run its course to the detriment of the obsessor: Our final freeze-frame a person suffocated by the weighty mass of their endless pursuit, surrounded not by an embrace but a tomb, the catacomb’s wall bricked-up and forgotten.

But there is a figure known for breaking bricks. He jumps, his clenched fist aimed skyward, and what was once solid now crumbles. Super Mario, as we know him today from his titular adventure Super Mario Bros. on the NES, turns thirty this year. And in those three decades of not only videogames but toys, cereals, comics, cartoons, t-shirts, concerts, lunchboxes, and one regrettable movie, millions have played his games and hummed his songs. You are likely among them.

Sometimes the mushroom that you eat makes you stronger

Fewer fans stand up to the original definition: Fanatic, n., “a person filled with excessive and single-minded zeal…” It is here where obsession takes hold. But not all passions are poison. Sometimes the mushroom that you eat makes you stronger. Players are often granted power-ups in Super Mario’s games; in these cases, Super Mario grants power to its most obsessive players and fans.

Alan Lopez’s obsession grew quietly. He bought a Mario plush doll, a Mario-themed toy chest. He then sent in box-tops with UPC codes for a Mario Paint paintbrush. Years passed. Underneath the studying and school work, the low thrum of digital bass notes could be heard just below the surface. He continued to play and collect. Eventually, though, Mario came first.

“With only two classes left to finish my master’s degree, I managed to thoroughly run out of steam,” Lopez explained to me in an email. “I couldn’t psychologically manage one more single word towards these 20 page papers; I had completely burned out.” So he did what Mario would do when up against an impossible wall; he found a secret exit.

Instead of completing his graduate school semester, he snuck into the Electronic Entertainment Expo, an annual conference for the games industry in Los Angeles. Buoyed by the experience, Lopez decided to write about it. His first article was picked up by a popular website. So he kept writing. Now he’s a feature writer for the world’s most-visited Nintendo fan site.

“I put aside my crippling burden of college debt and higher education to instead write about plumbers going through pipes,” Lopez said. He had been on the brink of failure. Instead, his long-smoldering obsession pushed him toward the flagpole. “I love writing again, and I pretty much owe that all to my family gifting me a NES when I was three.”

Some passions yield quantity. Others, quality. Mitsugu Kikai’s passion for Mario led him down the path of Guinness World Record Holder, while Ben Bertoli’s enthusiasms hold no official title: Nonetheless, each are significant.

Kikai lives outside of Tokyo, Japan. He is thirty years old. The same age, he will tell you, as his favorite game: Super Mario Bros. And he has the souvenirs to prove it.

In 2010, an official from the Guinness Book of World Records counted his collection of Mario-themed merchandise and named it the largest in history: 5,441 pieces in total. Kikai’s collection has since grown. The French publisher Pix ‘n Love documented the results of his effort with a book called Mario Goodies Collection; its 256 pages could not even hold the entire stash. His favorite piece? A gold Mario statue, 30 centimeters tall, given to retail shops to display in their window, letting passersby know that Nintendo and its mascot could be found inside.

Mr. Bertoli has no book dedicated to his fandom, but no matter. “Collecting Mario and Nintendo items is just something that makes me happy,” he tells me via email. “I hope that everyone has something like that in their life.” I asked him what was unique about Mario compared to the thousands of other game characters out there. “Mario has the weird quality of being well-known, but still being a virtually blank slate,” Bertoli writes. “You can insert him into any adventure or sport and miraculously it works.”

The magic formula works even outside the gameworld. Bertoli took part in a local charity last year, serving pizza to local kids. He was told he could dress up if he wanted to. Nobody else did. But he showed up in a familiar get-up: blue overalls, red cap, and a mustache. “Who wouldn’t want Italian food served to them by Mario?” he asked.

Turns out few could resist: The evening was one of the restaurant’s highest-grossing nights in its history.

While others collect or cos-play, some Mario fanatics obsess over the actual playing. Speedrunners push both the games and themselves to their breaking point. And with organized events like “Awesome Games Done Quick” gaining popularity, raising over a million dollars for charity in the process, there’s a growing audience for viewing this obsession live.

Andrew Gardikis, AKA andrewg, owns the world-record fastest time for completing Super Mario Bros. on a console at 4:58.09. (That time was recently broken by a speedrunner known as Blubbler, but they used an emulator; andrewg’s console record stands.) Fellow ‘runner Skybilz is a notable player of Super Mario World, and a member of the Southeastern Speedrunners. They and other notable runners see things in a Mario game others never will.

While speaking with Skybilz over Skype, she mentions moves and tricks that help her shed time in SMW, and the list sounds like euphemisms for hard drugs: Cloud Duping, Yoshi Clip, Cloud Glitch, Bowser Kill. She’s been running World for two years now. She’s still not tired of the game, or the thrill.

“When you get to the end of that [96-exit] run, and you’ve invested an hour-plus time into it and it’s so easy to make a mistake… It’s terrifying.” The game is a perfect representation of Nintendo game design: Accessible and Deep, Simple but Complex. “Super Mario World is kind of like a Beginner’s guide to speedrunning,” she explains. “You start out by just learning how to fly with the cape. But as you learn to become comfortable with the cape, the game gets deeper, and then as you remove the cape, the game gets even deeper.” World allows new players to learn the basics of two-dimensional mechanics but yields an unending pool of secrets to the savvy veteran. “There’s that flexibility where you’re never quite finished with it. And I love that.”

you’re never quite finished with it

It only takes a glance at AndrewG’s Youtube page to understand both the depths of a Mario game and the severe patience needed to unlock those secrets. Nine years ago, on March 23 2006, Gardikis uploaded a video recorded on VHS of him beating Super Mario Bros. in five minutes, five seconds, fractions off the record set by Scott Kessler. The following year, he posted this runthrough of five minutes flat. But it’s not until January 2011, four years later, when he finally beats his record and finishes SMB in 4:59.4, the first to ever break 5:00.

Nine years of playing and practicing. Seven seconds of improvement.

“To be a successful speedrunner, one needs to believe they are capable of the times they want to achieve,” Gardikis writes. “Otherwise, they will give up early on.”

For Skybilz, playing Mario incredibly well has other benefits. “If you’re doing [speedrunning] right,” she tells me, “the community will be more like a family.”

And so to all of my Mario brothers and sisters out there, I give a heartfelt and high-pitched “Wa-hoo!” Here’s to another thirty years of madness and obsession.