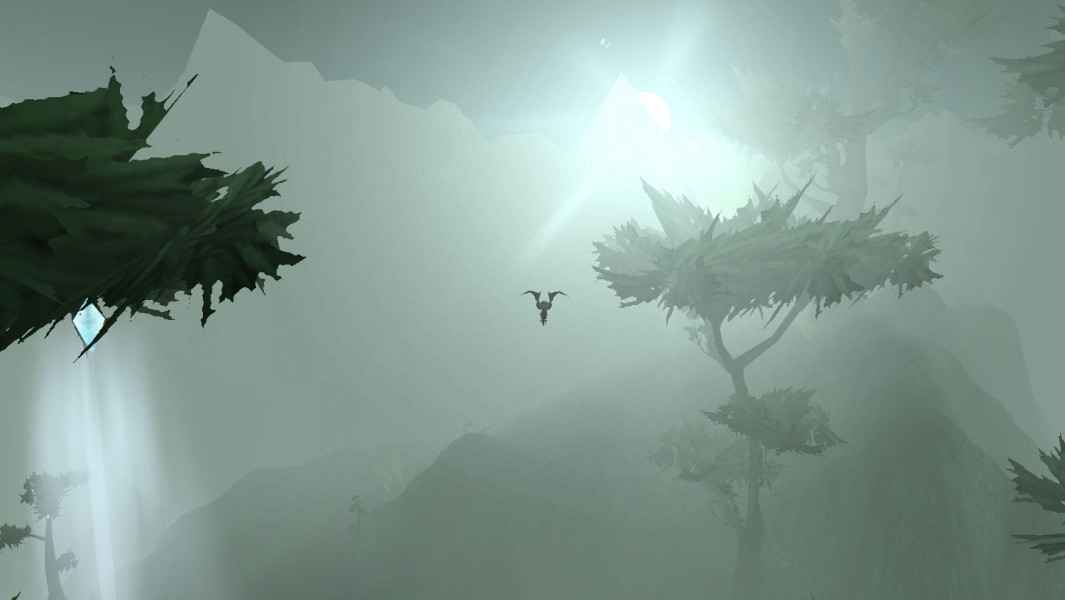 Though I’d no longer define myself as religious, I remember the best times of my early teen years at church. Struggling with grades, friends, and shoveling cow manure, the religious community was a sanctuary where I felt loved and accepted. Later, this sense of togetherness at church was replaced by a strong group of friends I developed in high school; again, a voluntary “coming together” was involved. Like the Dead Poet’s Society or the He-Man Woman Hater’s Club, we celebrated our cohesion. This almost spiritual togetherness is exactly what one anthropologist has discovered in the testimonies of isolated World of Warcraft players.

Ryan Hornbeck, a cognitive anthropologist, specializes in examining why games are sometimes more fun than everyday life. He wrote his massive dissertation on moral cognition and spiritual experiences in Chinese WoW—and the results sound a lot like my Sunday morning congregation, minus the boring sermon.

Players in Hornbeck’s study embraced Azeroth as a haven from social struggles and conditions that plagued the community. In Chinese schools, parents might pay teachers to spend more time with their own children; some kids will drive a Mercedes to school and others can barely afford a 30 cent cup of noodles. Many Chinese youths view the game as a promised land of sorts, “the only place this sort of corruption doesn’t exist, where you can reap what you sow.”

WoW is more than recreation or entertainment to the players. It’s more like a conveyor belt of spirit that releases the bonds of the real world. The addiction to the game comes from the wanting of a good life, just like the Christians overcome the difficulties by their own wills under the guidance of God.

In this case, “God” is Blizzard Entertainment.

In China’s bustling urban centers, many players feel “market-driven consumption individualism” is plaguing the country’s homeland, separating the people from what the youth feel are deep cultural values. Rather than associating the game with capitalist notions—gaining more, spending more—WoW became celebrated among Chinese players as a powerful communal structure resonating with the country’s traditional roots, be it Confucianism or the purer communist ideology of Mao.

I asked Hornbeck about the socioeconomic changes happening in China. Through our correspondence, he said, “Many Chinese youth experience a contradictory stew of moral norms and great confusion about what it means to be a good person. And for high school students that are confined in school from 7am to 9pm, daily, opportunities for moral expression are largely restricted to the affordances of the education system. But then, following school and with the click of a button, they can enter this game and intuitively experience strong upwellings of moral sentiment.”

This longing for moral connection laid the foundation for the spiritual experiences they described in their testimonies: “WoW has given me a spiritual feast… unconditional loyalty and friendship just like in the Chinese traditions;” “…you will be able to see their souls [other players] set free and you will in turn feel warmed up by them;” “…playing a character in the game is playing the soul of a person;” “But here it is my spiritual homeland… I think I will stay here forever to see the end of the world.”

All of which sounds a bit like what might hear in a devout religious circle. The collective efforts of WoW players in taking on dungeons and overcoming challenges unites players in a primal search for meaning and existence.

Hornbeck attests that this unification can be tied to deeply rooted archetypal roles of leadership, healing, and protection, expressed most phenomenally in videogames. To him, assuming the role of “the healer” makes sense—our brains easily respond to aiding and assisting injured people.

“As a species, that’s our evolutionary niche: social cooperation,” he said. “These games isolate, exaggerate, and spam the stuff of moral cognition in a way that you just don’t get in real life—and you get to act out these heroic roles with the brain machinery to respond to those things. It facilitates a very powerful connection.”

WoW is not only a game but a carnival of friends

Even more than the memories on Sunday morning, these notions remind me of the time I’ve spent in the desert dancing in elaborate psychedelic costumes, and swarmed by neon lights and ecstatic masses. WoW, it turns out, has a lot in common with sublimely creative festivals such as Burning Man.

When greeted at the gate, after hours of in line in your already dust-ridden van, you’re told, “Welcome home.” Longtime attendees often feel that the festival is their true home, similar to how Hornbeck’s interviewees feel toward Azeroth’s virtual realm. “WoW is not only a game but a carnival of friends,” one player stated. “We are not just playing, but living.”

An unspoken moral code governs the festival. When I attended in 2011, I was legitimately shocked at the populace’s warmth and kindness. A thriving, creative, anarchic metropolis of 50,000 people lay wide open, where one might exist for the sole purpose of eating cereal and watching Saturday morning cartoons, and another to bathe you with euphoric sounds emanating from crystal bowls.

I brought this up to Hornbeck, and he responded, “What in your mind cultivated this awareness of trust that is now kind of implicit in the environment? Something must’ve happened, at some point, to create this equilibrium.”

He was right. The festival was full of cognitive coincidences, which felt spiritual in nature to me. They hinted at an all-knowing wizard somewhere behind the curtain. By simply existing in this strange world, I held dialogue with something beyond myself.

This awareness helped me lower my guard, feel at ease, and perhaps make space for these happenings to occur. Hornbeck’s WoW players, too, felt the same sort of protective agency that allowed them to become more active, involved, and immersed in their environment. “Blizzard is somewhat deified by its players,” he joked.

He observed the players create a holistic communal structure filled with what might’ve been missing in their lives. While MMOs are often condemned as addictions, Hornbeck’s research proves that they also provide social interactivity and freedom from personal oppression. I only ask, “What’s there that’s not here?” There must be something that draws millions to Azeroth,  much as I’ve seen the the thing that draws tens of thousands to a dry, dusty desert to live like Mad Max for a week. One player said:

In the end, the most important thing I want to say is what we are playing is not merely a game… In this world we find a feeling of existence we cannot find in the real world. This does not mean we are escaping, nor that we can only play games. People who say this are not real players… Do not think playing games is a waste of time, because the game made up for something we lost.

Worlds that create such religious sentiment, addictive or not, support the discovery of spirituality within videogames, especially those which contain moral application and encourage cooperation.

Perhaps that’s what these enigmatic players feel in WoW—that, when surrounded by the distempered fog of their lives, they can knock upon the cathedral doors, cry, “Sanctuary!” and, for a few moments, exist in a sacred space.