Rami Ismail is charting his own path and helping others around the globe do the same. After co-founding Vlambeer, the Dutch independent game studio behind such critically acclaimed hits as Ridiculous Fishing and Nuclear Throne, Ismail became involved in opening up the game industry for communities in emergent territories.

With an eye on shifting away from a US-centric model, Ismail has become a spokesperson on diversity within the rapidly growing game industry, an advocate for accessibility within this major creative sector, and a wellspring of resources for aspiring game developers.

We spoke with Ismail about pan-continental collaboration, public speaking, the trickiness of unionizing, and his work on gamedev.world. 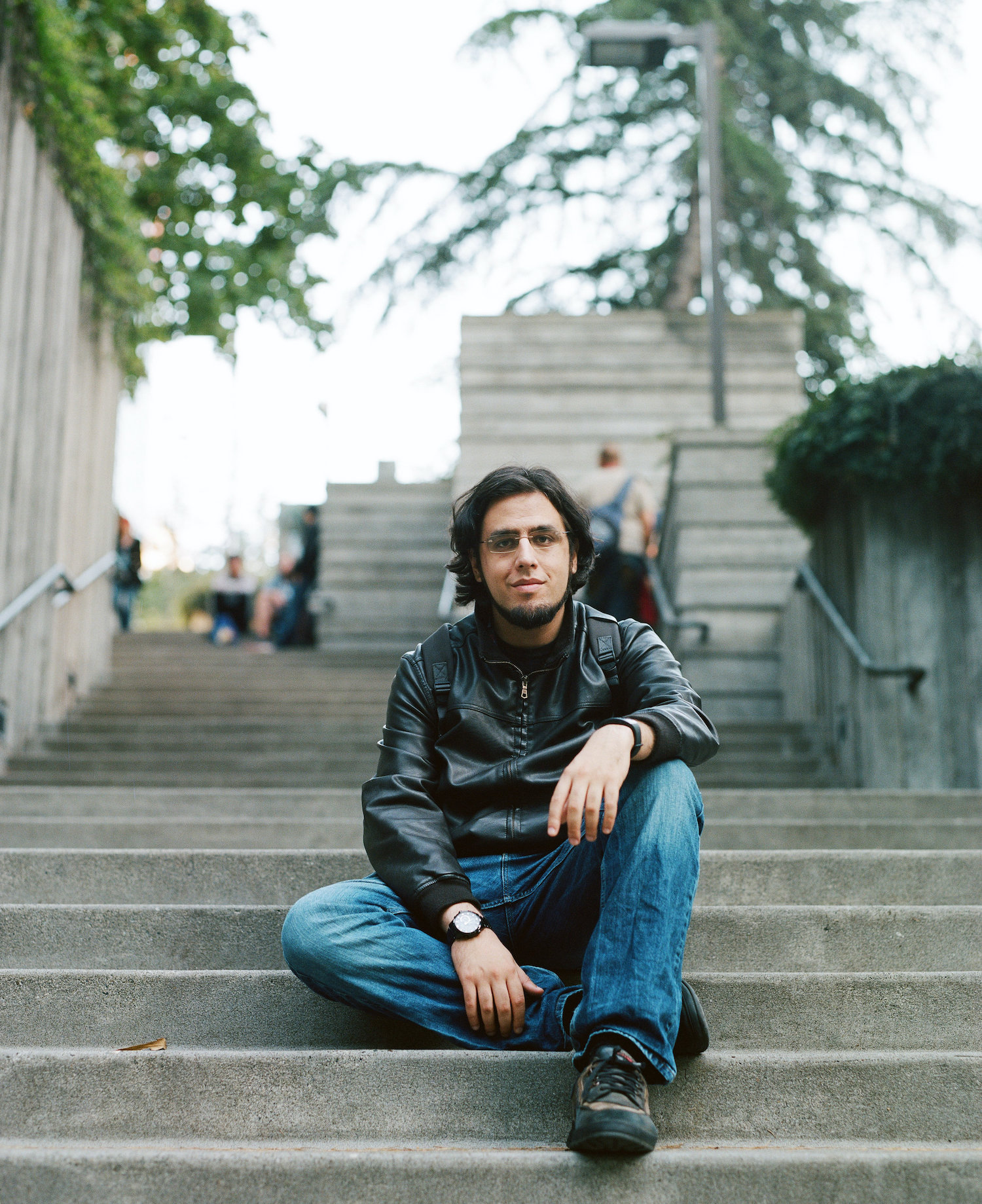 What are you seeing at a global scale, in terms of independent gaming communities? And have you seen anything that’s surprised you from your travels over the past year or so?

It’s been a strange year. I think for a lot of communities around the world, the question they’re asking has grown from “Can we do this?” to “How can we do this sustainably?”

With minor exceptions, I think most countries around the world acknowledge that this is a thing. Game development is a thing, and there are no longer many communities that remain unconvinced they can do this. The people that are doing it are doing it out of pure passion, without reluctance. That’s very exciting.

You see that there are amazing initiatives in South America where they have a latent game developers association that’s sort of a pan-continental collaboration between the major countries and major players there. Southeast Asia has a lot of collaboration happening now. North Africa is a little wonkier, but you’re starting to see some more collaboration there together with the Middle East. Parts of southern Africa have banded together in meaningful ways.

There is this emphasis, which I always found curious coming from a more general arts and culture background before jumping into the game space, on starting companies as opposed to completing projects. Companies have payroll. There’s an institution there. And there are lots of other creative industries. In music, for example, musicians will come together; they do a single. In fact, they all have their own little LLCs. They’ll do a project, and then they’ll complete it and move on. In film, there’s a production company, which tends to be pretty small.

And then there’s the studio, but the creatives are all freelancers. They come together. They do their thing. They get paid either up-front or in some form of residuals. That model on the independent game side always seems more tortured, like there’s this emphasis on starting a company and creating the next Nintendo.

But the required structure to create a game for a lot of people is complex enough that when they find people they like working with, they want to make sure that they can work together. And that quickly turns into a legal question, like, “Okay. So if all five of us are working on this, what is the legal context of working on this?” 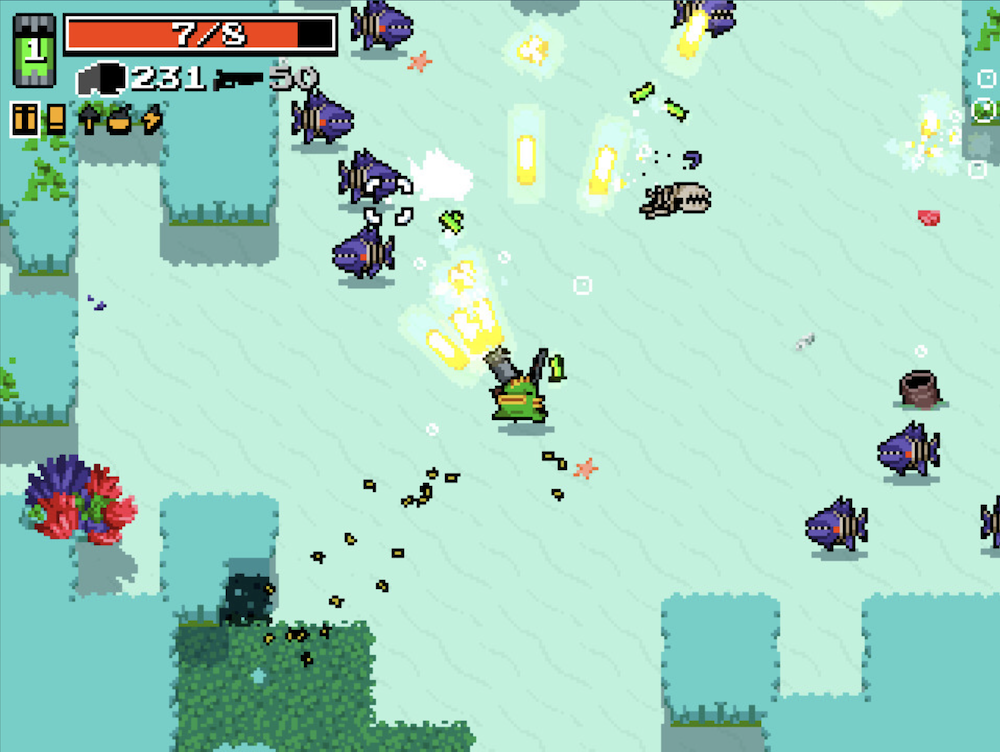 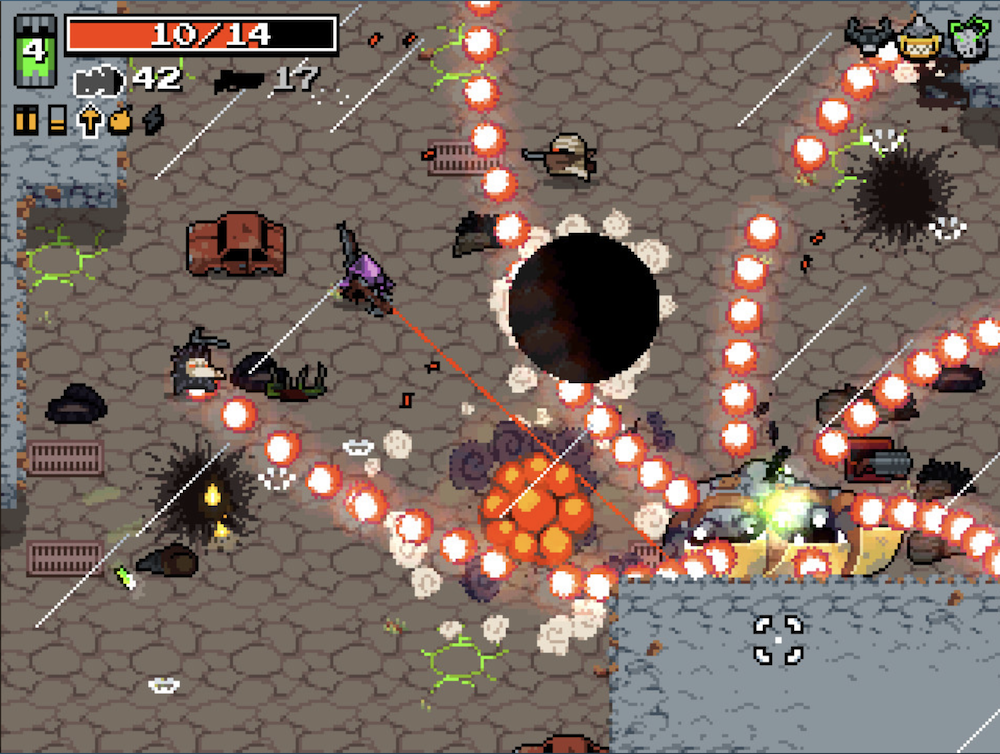 Stills from "Ridiculous Fishing" (above) and "Nuclear Throne" (below), two of Ismail's major releases through Vlambeer.

Eventually, you get to this point where, in the US at least, there’s a very strong push towards co-ops or a less hierarchical structure. The whole unionization push is a very interesting thing because, obviously, from my perspective, there’s a lot of complication when you start looking at it on a global level. If US companies unionize, what does that mean for collaborations with a studio in India or a studio in Vietnam? How does that affect that? Do they need to unionize? Can they unionize? In some countries, it’s extremely dangerous to start a union.

And then there’s this interesting counter-push which always happens in terms of what content is getting made. There was a period of time where everybody was making roguelikes because of Twitch, and now we’re at the point where everybody’s making narrative games with geese in them.

Is there a particular country that you’ve been surprised by or you’re starting to see something unique in terms of either creative structures or the type of work that gets made there?

I was in Colombia the other day, and you can definitely tell that those games are from Colombia. They’re not games that would have been made in Boston or Paris or something. But in terms of the fingerprint, what I’m starting to see is that a lot of people do these commercial projects that are a little strange but you wouldn’t necessarily be able to tell that they’re from a particular place.

You have to sell ten thousand copies to be able to fund that, while for Western studios, that would maybe cover the studio for a year. So that’s interesting. Obviously, there’s all sorts of interesting stuff happening. The Arab world is doing a lot of work right now.

I ended up looking at Dutch games for a while, as well, because I’m like, “There must be a Dutch fingerprint, right?” But there is. It’s Dutch design. It’s sort of self-condescending. It kind of pokes at the media. But it’s stubborn. It’s provocative, and I think a lot of Dutch games are like that. So I don’t know. It’s still there. It’s just different now.

“Games are a strange medium. They’re a complicated mix of art, audio, and interaction. And they’re not necessarily an accepted medium in a lot of ways.”

These events are incredibly important in terms of access. Being able to access knowledge is critical, and especially if you’re already facing a language barrier in the code that you have to write. The tools that you have to use being in English, having access to information about how to run those tools, and how to use those tools in your native tongue—these things are huge.

If English isn’t your first language, then you’re going to have a hard time understanding those tools. I remember years ago there was this Game Developers Conference talk that was meant to be kind of tongue-in-cheek, and I came across a studio in Uruguay a year and a half later. They had structured their studio based on that talk because they had missed the tongue-in-cheek part.

There’s no other place in the world that has that rapidly emerging, fast-growing territory where almost every country in the area can just talk to each other. There’s no translation required. It’s incredible. But yeah. For me, part of Game Dev World was to show people that knowledge is everywhere. I go to these events around the world. I was in Russia this one time and I gave my keynote. Everybody came out. It was an incredible, incredible audience and the talk was super well received. Every seat was taken. 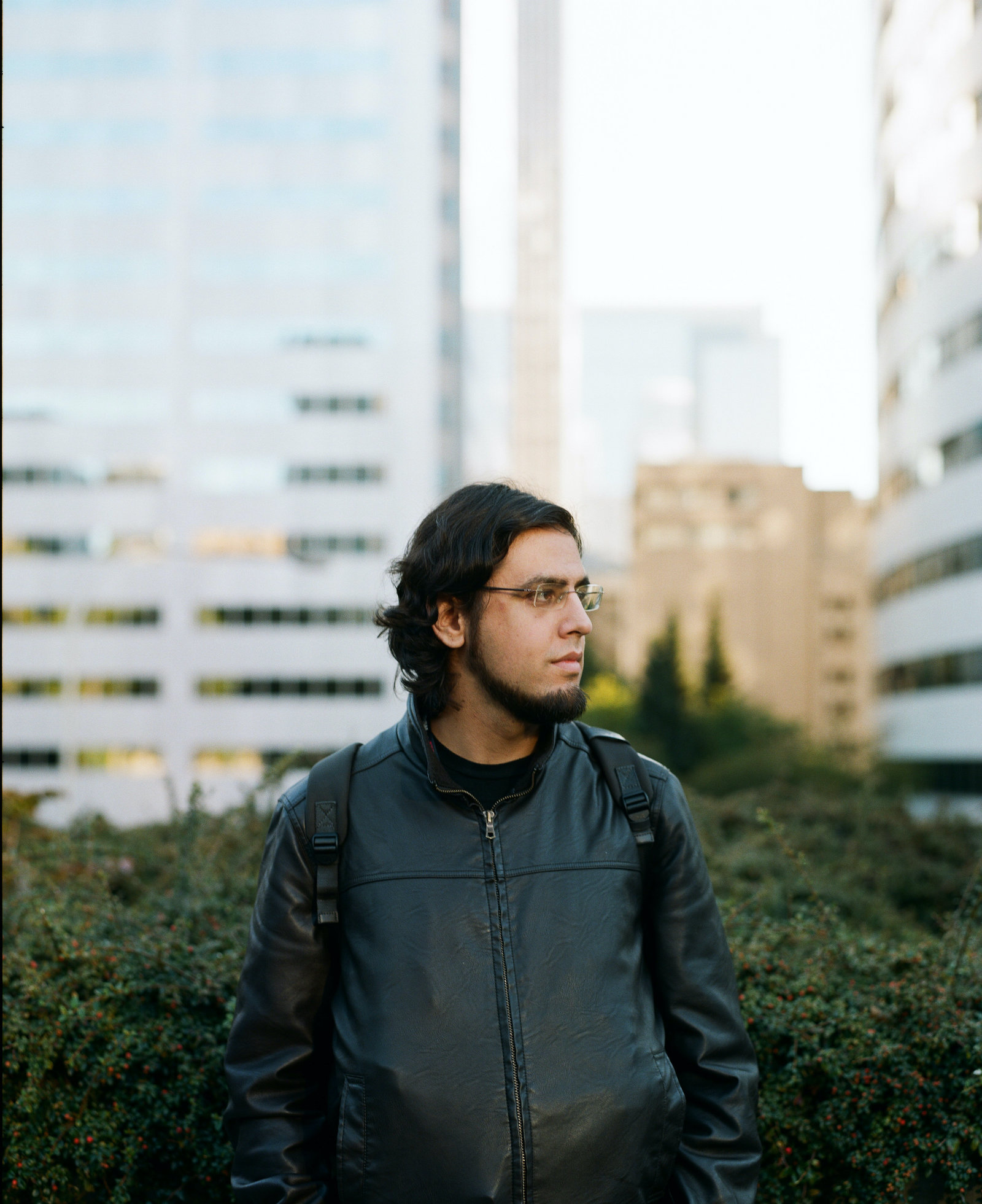 An hour and a half later, I realized that I had forgotten my headphones. So I go back, and there’s this guy onstage. I’ve never heard of this person. I have no idea what they do. But the room is twice as full, and I was the keynote speaker. So I’m like, “What is this talk?” And he’s speaking in Russian. I don’t understand a word he’s saying. The person next to me speaks English, and they just hold up their phone and they show me this game. They’re like, “He made this.” And I’m like, “What is that?” They’re like, “Oh, this is everybody. Everybody plays this.” I’m like, “I have never seen this game.”

There’s something particular in hearing two people talk or hearing somebody monologue about games in a language you don’t inherently understand. So I also wanted to give everybody that experience because it’s just an awesome, humbling experience.

I figure out which other countries have had similar problems. I think about how they solved those issues. I connect them as necessary, and I let people know how this got resolved in another place. And then they can take that information and use that.

Taking me out of that equation seems very healthy. I can’t do this forever, and I’m in a very unique position to do this. There’s not a lot of people who can do this. I’m an independent game developer that was raised biculturally, that has always cared for this sort of thing, and that also has been lucky enough to make games that earn enough money that I can self-fund this. This specific combination of things that needed to happen for me to be able to do this means that there aren’t a lot of people like me that can do this. And even if they could, you have to choose to do this. It’s not necessarily an easy thing to do. 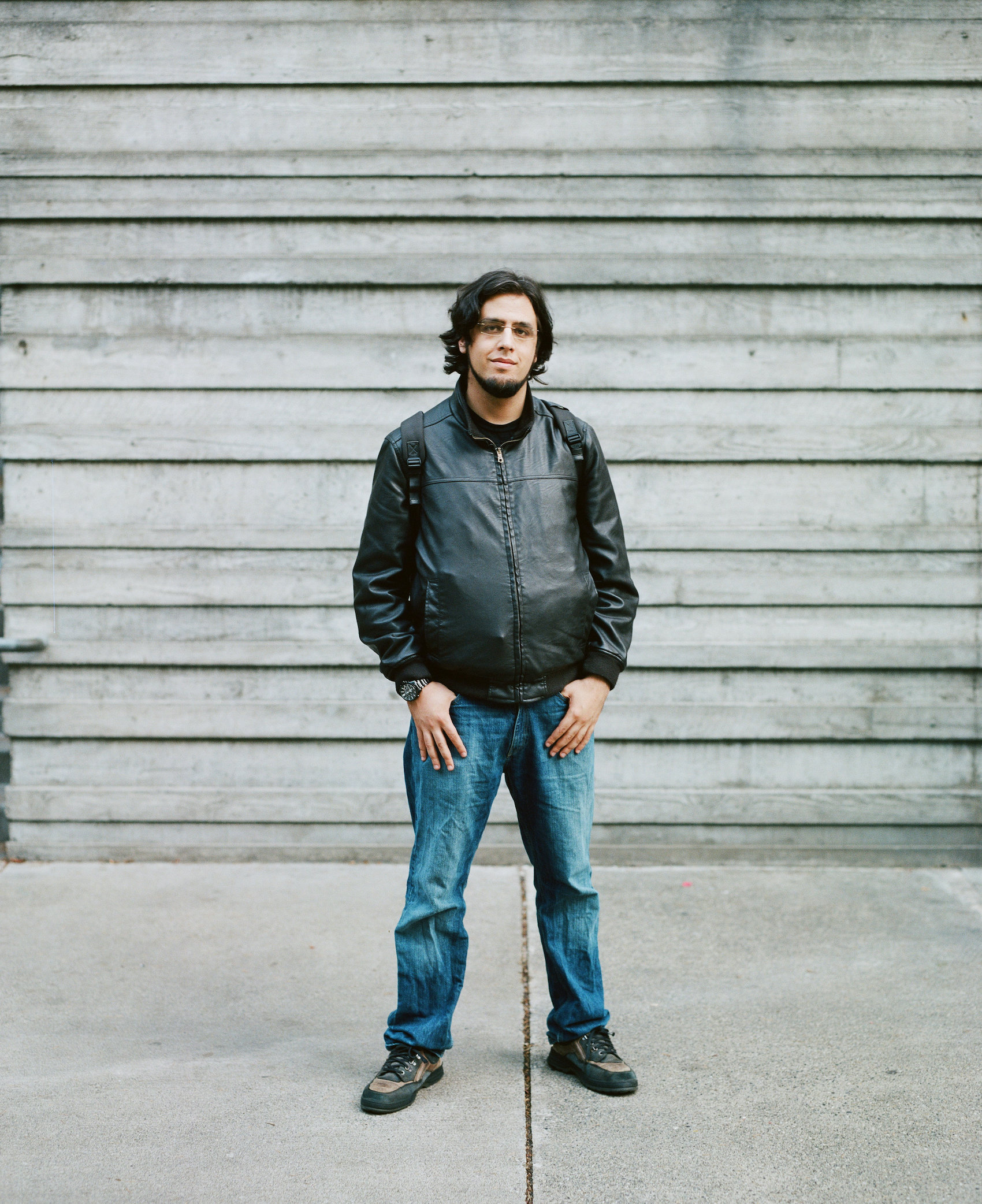 I’ve had thoughts of, “What happens if I can’t do this anymore or if something happens to me?” I’ve never documented any of this. I’ve never found a way to write things down, and it’s a little scary because things won’t fall apart without me or anything. People are going to be fine. But there’s a lot of useful knowledge, I think, that you can get from being able to connect people that speak different languages. And Game Dev World is a structure that does that. It just does it. It makes part of what I do completely superfluous.

If we can pull that off in a way that is structural and that is something that, if necessary, we can pass on to other people to continue it, then that problem is solved. Now people can talk. Even if it’s once or twice a year, they can talk across language barriers, learn from each other, teach each other, see perspectives and opportunities, realize that there are things they can do that they would have never thought of—just because this exists. It was also just the hardest thing I’ve done in my life. Let me tell you, if you ever have the idea to do this, don’t do it.

Diversity is easy when you look at the part of the globe that’s similar to you, sort of tilted forward with the Atlantic Ocean in the middle. You’re going to get West Europe and North America. That’s easy. They mostly agree. But if you tilt the world twenty-five degrees, now you suddenly have Eastern Europe and parts of the Middle East on there. Good luck finding middle ground there. We all like making video games, I guess.

Interview conducted by Jamin Warren on October 30th, 2019. Edited and condensed for clarity.