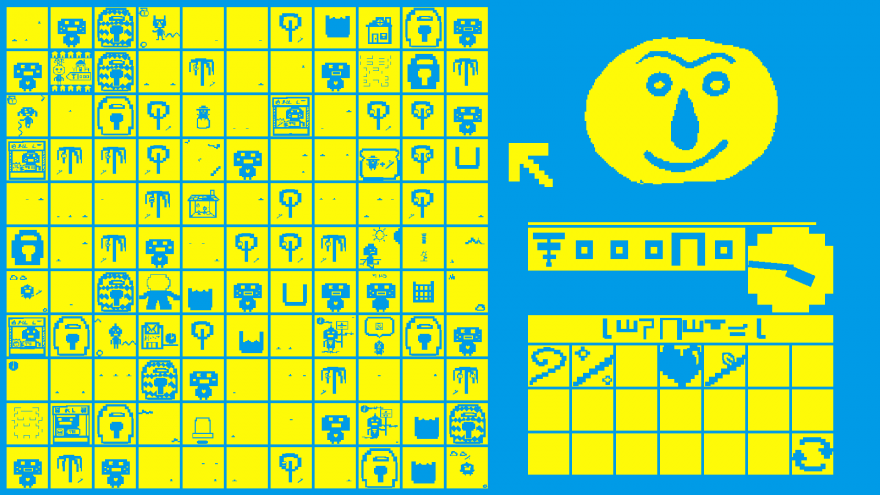 Spreadsheets might be my greatest frenemy. They look at me slyly hanging from kitchen units and various interstitial spaces around the house as if to say, “Don’t forget that interview you’ve got at today. Yes, TODAY!”

They’re handy grids to keep you in check, and when you work in an office a spreadsheet on your computer makes you look very busy, even when you’re not. But spreadsheets are also a nightmare of constant reminders and looming deadlines that I regularly put a fist to out of angst. Yes, I punch paper now.

you start to ritualize your behavior around these 121 squares.

You can imagine the metaphysical back flip I did when first spotting a new spreadsheet game by one of my favorite game creators, Hubol Gordon, then. My permeable body was overcome with a mix of excited intrigue and dread. I suddenly became aware of how squelchy my organs are. OK, so it wasn’t that bad, but a spreadsheet game…isn’t that an oxymoron to some degree? Apparently not.

Gordon’s 121 is named after the number of tiles inside the game’s grid, and he carefully calls it a point-and-click “experience”, being vague enough so as to not spoil the surprise. It’s the right thing to do as it allows 121 to feel like a long lost piece of alien software when you first open it up. Instead of a welcoming set of instructions, you get an indecipherable written language of scribbles, smiley faces, and eager cartoon sounds—honks, giggles, and loud blarfs.

You may find this estrangement off-putting and set about an immediate retreat from 121, which would be a mistake. The entire point of this frightfully alienating presentation is to pique your curiosity. This is a game about experimenting with the unknown; prodding cute buttons and clicking carelessly into thick outlines of shapes and empty spaces, just to see if anything happens. Upon finding out what reacts to your clicks and what doesn’t you can start making tenuous connections between the various components on screen.

What happens, then, is that you start to ritualize your behavior around these 121 squares. Inside of them are crying babies, shops selling hearts, robots with signposts, trees growing fruit and burgers, and so on. To the side there’s also a clock that dictates how frequently you can have a crack at solving a puzzle, or purchasing from a shop. Next to that is a counter for the money you earn, although you won’t be able to read its digits, not at first.

what would happen if I didn’t keep up the ritual

Within a few minutes, I found myself routinely quenching the thirst of a man sat under a desert sun, feeding flies to a frog, and delivering mail to the right recipients when it arrived at the post office. Eventually you get keys to unlock padlocked tiles, usually revealing how a certain item can be used to increase your capital. Steadily, through experimentation, you uncover more and more of how 121 pieces together.

Once again, I had become bound by the rules of the spreadsheet. But I also wondered what would happen if I didn’t keep up the ritual: Would the thirsty man die if abandoned? Will the crying baby die of neglection if I didn’t keep it entertained? I haven’t felt brave enough to find out yet.

As it’s not actually made in a spreadsheet (unlike Arena.xlsm), Gordon’s 121 is more of an idea of spreadsheets. Instead, perhaps it has something to say about them. If you like, you could read 121 as communicating, in videogame form, the idea proposed by previous Governor of Tennessee Phil Bredesen, who said: “The consequences of decisions don’t just affect spreadsheets… They affect, in fundamental ways, the lives of people and they often mean the difference between life and death.” That seems a fitting proposal after playing 121, at least.