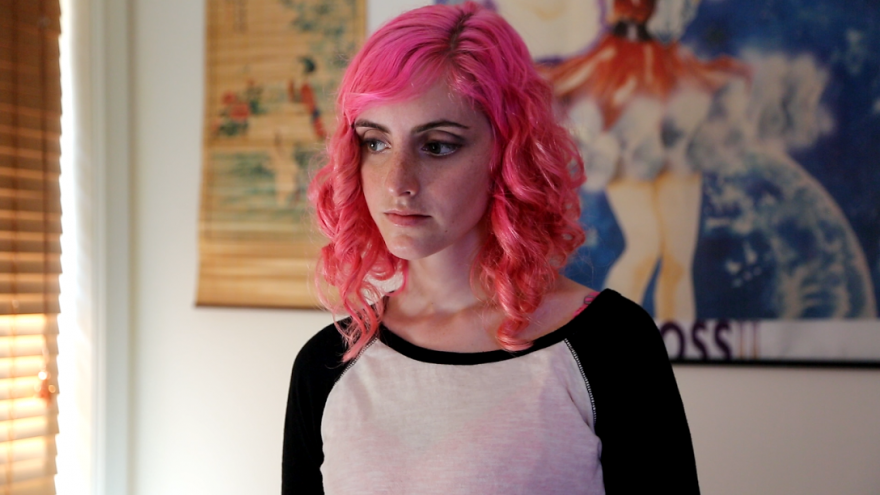 Like most online relationships, Nina Freeman’s autobiographical game Cibele invites you in even as it keeps you at a distance. Its opening screen—a Mac emulator that captures the digital heart of a pink-haired poet who evidently loves Sailor Moon—screams of personality, the cold blue glow never allowing you to forget that you stare upon the face of a machine and not a person. Even when the screen does show Nina’s face through pictures, it reveals not her true nature but the angle she wishes to portray to the world.

Aside from rooting around through Nina’s life via her computer home screen, the game follows her life in Valtameri, a videogame resembling Final Fantasy Online, where she takes part in a guild lead by the venerable “ghost boy,” Ichi. Ichi runs their guild with an iron fist, earning both the fear and respect of the other players. In particular, Nina, who Ichi favors and chooses to go on private raids with at odd hours of night, falls hard. While you mindlessly grind in Valtameri, killing monsters by monotonously clicking on low-level enemies before finally drawing out the boss, the relationship between the two plays out over chat, email, and photos.

Though the actual minute-to-minute action of Valtameri is tedious, it’s a purposeful tediousness. The rhythm of getting on your computer every day, checking emails, before grinding for hours in the game world will feel familiar to anyone who has found themselves beholden to this odd ritual. Playing Valtameri mimics this pattern: check messages, fight enemy, partake in the dialogue between you and Ichi on voice chat. Through this looping ritual, you develop an innate bond with him, like fellow prayers at the church.

Sometimes, even the conversation is repetitive, following a familiar patterns of courtship (a hint about her sexiness here, an allusion to liking skinny boys just like him there, the awkward sigh after a laugh). Only this isn’t a courtship of flowers and chocolates; this is the internet. The patterns of courtship are measured in pics and chat logs. Physical signs of affection are replaced by the fickle, fleeting affections of a digital persona: love, mediated by a game maker’s world and design philosophies.

The few moments spent outside the computer screen are captured in short films that delineate the end of each chapter. A stark contrast to the virtual world, the intimacy of these short films feels intentionally provocative. After becoming accustomed to the bodiless intimacy of the online world, seeing Nina’s flesh and blood in various stages of undress feels embarrassingly revealing. The barrier between the game and the subject collapses, and the player is left with a Nina who lays herself bare in every way imaginable.

Eventually the relationship between you and Ichi blossoms, always revolving around this central question of physicality (or lack thereof.) Socially awkward Ichi relies on the game to talk to Nina in more ways than one: the distance virtuality necessitates and control inherent to mediated interactions gives him the ability to process their relationship. Which begs the question: can you trust a love that is so ephemeral you’ll never be able to touch it? What does love mean, when it’s attached to a persona you built on a server?

Cibele explores all these questions, leaving much to the imagination, but capturing the strangeness of digital closeness as it awkwardly struggles to be understood in the real world.

You can buy Cibele today on Mac and PC through Steam or direct sale.