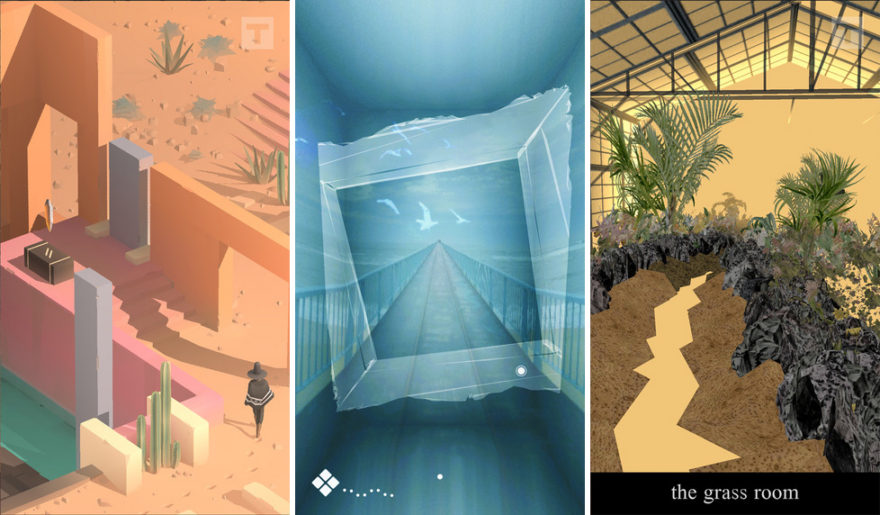 La Triennale di Milano is an Italian modern art and design museum, focused on the relationship facilitated through art and industry. The La Triennial di Milano regularly displays exhibitions of design, architecture, art, fashion, film, and essentially anything contemporary. After a 20-year absence, the Triennale International Exhibition has made its triumphant return. With events and exhibits widespread across Milan, and now even an app-bound virtual exhibit by game designers from around the world, the Triennale International Exhibition has truly been ushered into the modern era. And after two decades away, that’s much to be revered.

The iOS-based Triennale Game Collection is a virtual art exhibition of sorts. The app features five unique videogames, with a new interactive piece on display per week. The Collection was curated by Italian experimental game designer Pietro Righi Riva. The Santa Ragione studio-powered virtual space hosts the variety of games centered on puzzles, exploration, and even interactive narratives.

The first week’s game comes from Switzerland, with Plug & Play (2015)—one of our favorite games of last year—creators Mario von Rickenbach’s and Christian Etter’s bite-sized story about a lonely cord. Other designers to be featured in the ongoing exhibition include Belgium’s Auriea Harvey and Michaël Samyn of Tale of Tales (creators of last year’s Sunset); Jake Elliott, Tamas Kemenczy, and Ben Babbitt of Cardboard Computer (most notably of Kentucky Route Zero fame); France’s Pol Clarrisou, creator of last year’s death-intrigued Orchids to Dusk; and United States-based artist and game designer Katie Rose Pipkin.

The Triennale Game Collection doesn’t have a throughline with its catalog—just in that all its quaint videogame vignettes are quite singular, and balance how different games can be, even with shared ways to play. When these experiences originate from multifaceted creators from all across the world, new art experiences are able to blossom. Since it’s doubtful that everyone in the world that is interested in physically seeing the Triennale International Exhibition for themselves can actually travel to Milan, the Collection now gives viewers the chance to see art from the most accessible place in the world—their handy-dandy phones.

You can download the Triennale Game Collection for iOS and Android phones, and is available for free. Be sure to check back weekly for its new exhibits.