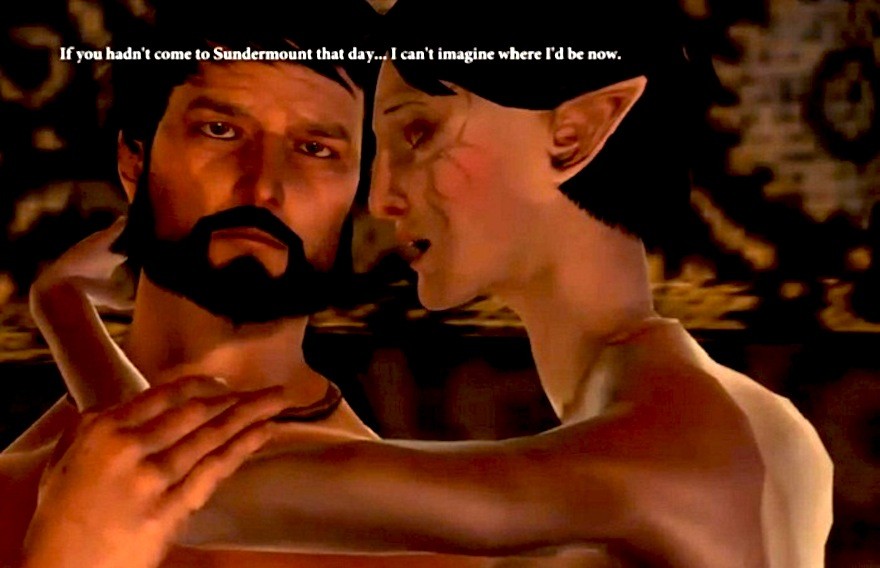 Here’s some good news. Dragon Age’s much-decried sex scenes will no longer be bizarre simulacra where you gift someone to get them to screw you.

According to this interview with the game’s producer Cameron Lee, Dragon Age: Inquisition, coming this October, will add a lot more nuance in the way characters get together. “It’s not like Origins where you keep giving gifts to get their approval rating up and then you can snog ‘em,” Lee tells RPS.

Rather it’s more about person-to-NPC interaction, and, uh, achieving goals, which halfway sounds good, although sex in real life isn’t something you normally win by completing side quests. Give them some slack though, as sex in games seems like a hard thing to pull off: no title has ever really got it right, but this definitely sounds like a marked improvement.