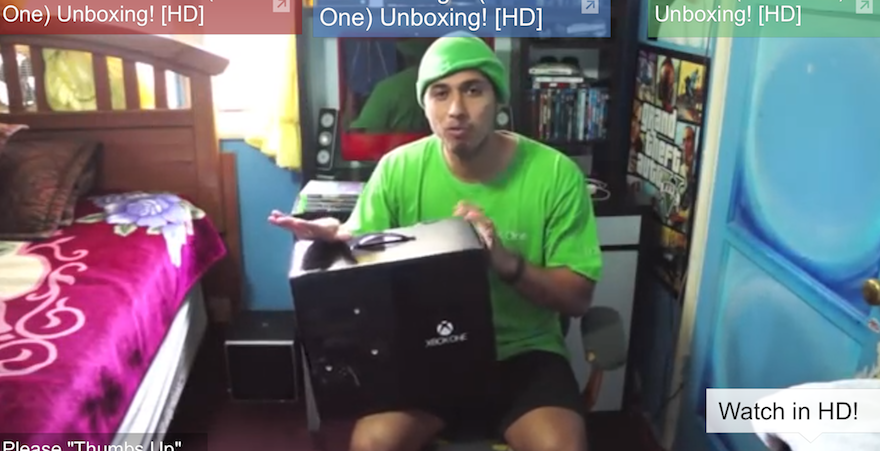 The word around the Internet is that there have been some seedy deals going down on YouTube channels, with major players directly or indirectly paying content providers to promote their gaming products. Specifically, Microsoft paid one of their partners, Machinima, who in turn paid YouTubers a lousy three-dollars-per-1000-clicks if they said something nice about the Xbox One, according to a blogger who leaked the proof of the deal. (Note: that’s not him in the photo above. That’s some some random dude I found on YouTube.)

While it’s certainly questionable for game companies to be buying user reviews, it’s also expected, as it is well-known that publishers do their best to tiptoe around issues of journalistic ethics. But YouTube isn’t even journalism—or if it is, it’s in some gray area of quasi-journalism—so journalistic ethics don’t apply. While the value of the critic has been called into question in the age of do-it-yourself reviews, this just goes to show that maybe there is a future for people who do wear a journalism hat.