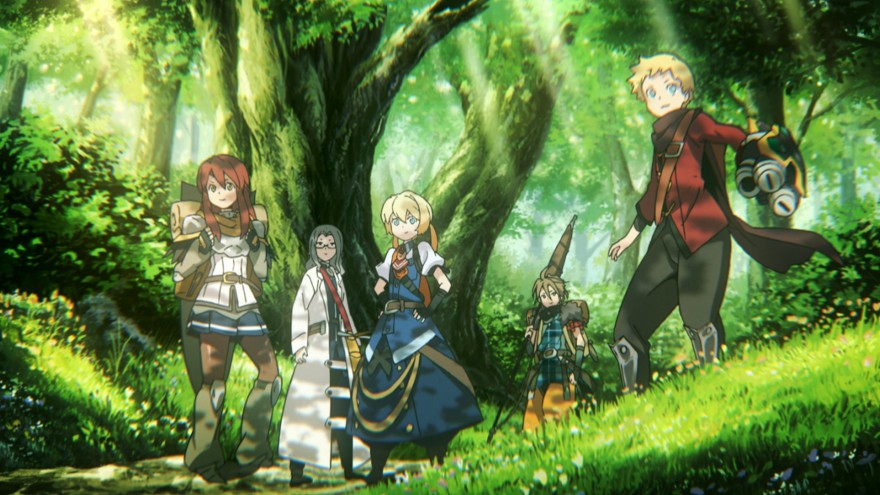 Before I sat down with Etrian Odyssey Untold, the remake of the laudable Etrian Odyssey, I couldn’t tell you the last time I pulled out my stylus. You’ll rarely find a game these days that uses it. To be honest, I did not greet it like an old friend. Yet the stylus remains an essential part of the Etrian Odyssey franchise, which harks back to the Apple II days, when role-playing games came without a map. As a surrogate for graph paper, the game lets you sketch your surroundings on-screen. When I played the original, I pretty much adored tracing the walls and filling in squares. But do it all over again?

You get exactly what you think you wanted, but it ends up spoiling everything.

There are plenty of reasons to opt out of using the 3DS’s retractable plastic pencil. For one, it’s hard to keep up with. With the original, I was always fishing it out from the cushions and losing it in the folds of the sheets. Then, there’s the question of what to do with the stylus when you’re ambushed by a family of irate armadillos. Stick it behind your ear? Grasp it in your teeth? Returning it to the slot seems inefficient. The ergonomics of it are not great. I tend to play my dungeon-crawls for longer durations, and the flexor muscles of my left hand will start to ache. Besides, have you ever tried filling in a grid while lying on your backside? Not comfy.

I was pleasantly surprised to learn that, this time around, the game has an automapping option. But there’s a very good reason to persevere, dear reader, and that is because, as I eventually found, playing without drawing the lay of the land kind of kills it. Etrian Odyssey Untold: The Millennium Girl is the strange case where you get exactly what you think you wanted, but it ends up spoiling everything.

Through some combination of tedium and reverie these repeated tiles and tiny boxes and lines began to feel like an actual place.

While the first game seduced me, it was not without its drawbacks. Some complained that it was a bit of slog; that the pace moved slowly; that the story was nonexistent; that you shouldn’t have to track back and forth across acres upon acres of timberland. They had a point. Of course, as developers, Atlus wanted to exfoliate these blemishes. But in doing so, they lost the spirit of the place—that will-o’-the-wisp that keeps pulling you back in.

Now, you can hold a button down to sprint through the trees. You can quantum leap from waypoint to waypoint. You can just lower the difficulty mid-game. Without being asked, anime troubadours will announce when there is a secret passage nearby, so you don’t have to repeatedly take a step, face the brush, and press A.

If all of this sounds very convenient, that’s because it is. This is unlike the first Etrian Odyssey, which was never a matter of convenience. That game had a methodical, sometimes plodding, pace; but it would hypnotize you as you traced the trellises and fauna of the Yggdrasil tree. The magic was that through some combination of tedium and reverie that these repeated tiles and tiny boxes and lines began to feel like an actual place.

This time around, why not experiment with a ronin, a hexer, and a whip-wielder on the front line?

In my experience, Etrian Odyssey Untold doesn’t capture the same imaginary dimension—the once-enchanting hedge mazes becoming a flurry of slain woodland creatures. There’s simply too many tweaks and choices at your disposal for an old pro like me not to fiddle with them. My first trip through Etria was tough going. I eked by with standard class set. This time around, why not experiment with a ronin, a hexer, and a whip-wielder on the front line—I mean, if you can turn down the pain…? And why not crank the battle speed up to “hyper”? I’ve trampled these very moles fifteen-thousand times, after all. Why not fly through the bush with the impetus of a pinball?

Perhaps this is a character flaw. A certain type of person with a lot more discipline than me could pry the stylus from the cavity each time, mapping the depths of the forests with the resolve of the Amish. I can picture them, pushing into the unknown, facing right, then left, as they austerely trace the treeline, the leaves crackling. Believe me, I’ve been there. It’s a good place. But it’s not so good that I wouldn’t skip it when given the chance.