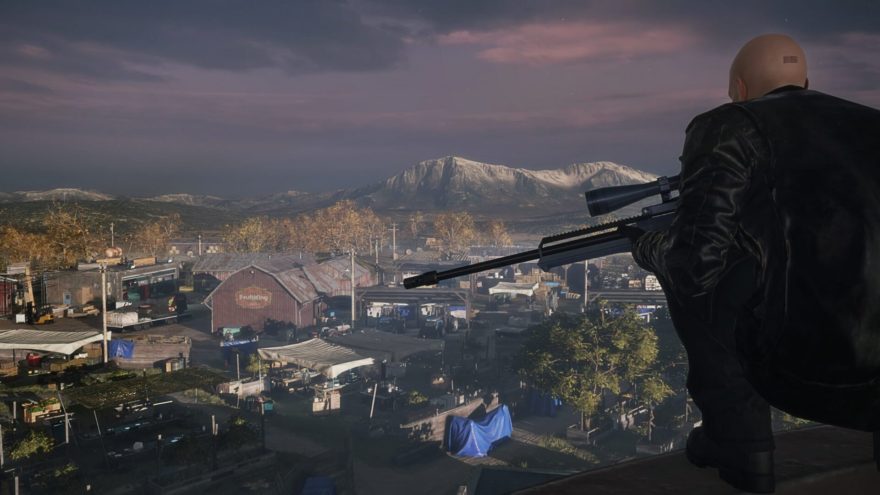 Hitman, in most ways, has been going from strength to strength. The episodic murder simulator has seemingly found its form, with the space between each episode giving players plenty of time to experiment with its techniques and locations, finding increasingly outrageous kills and bizarre events. We’ve had “accidents” caused by launching a fire extinguisher at a Parisian balcony, setting up a totally improbable double kill with a trail of gunpowder in Sapienza, and in Bangkok the grim spectacle of smothering a man in his own birthday cake in front of his surprise party. I’ll understand if you don’t click that last one; IO’s sense of humor is as dark as it gets.

Despite this pleasing descent into the dark and bizarre, the Hitman episodes have also been suffering from a strange and pernicious problem. I didn’t notice it in Paris. I guess there were hints here and there, but seeing as it was a party full of international guests I just assumed they were all from out of town. In Sapienza I started to realize something wasn’t quite right. Sure, this was a tourist town, but was there really not a single Italian in the whole joint? It seemed a little strange. But it was in Marrakech where things got out of hand.

everything else about Colorado seems like a step back

“Salam,” said a street hawker as I passed him by, “would you like to buy a lovely lamp?” I paused for a moment as I passed. Why was this soft-voiced American selling lamps in North Africa? Thinking on that for a moment, I bumped into someone on the street. “Watch where you are going!” came the SoCal valley-accented response. I walked on, slightly unnerved, and that was when a woman, who spoke with the clarity and care of an L.A. news anchor, tried to sell me Escargot. Hitman has an accent problem. Despite its carefully realized exotic locations, rich in detail and atmosphere, lit with the care of a well-studied eye, every side character in them speaks like they came from a very specific West Coast state.

In fact, it often feels like there are only two men and two women voicing every pedestrian, party guest, street seller, police officer, guard, tourist, waiter, crew member, model, and maintenance man. The results can get pretty bizarre. Just listen to this conversation on Western materialism. Yeah. But turns out IO came with a plan to fix this: set the next episode in America.


Yesterday saw the release of the fifth Hitman episode, which brings Agent 47 to Colorado, a place where IO no longer have to worry about their voice acting. Yes, we might be in the wrong state, but versus their typical continental displacement, this is progress. Sadly everything else about Colorado seems like a step back. Grubby military base filled with waist-high walls. Check. Everyone is a guard. Check. Exotic location filled with interesting side characters. Well, no.

There are still plenty of strange kills to uncover beneath the gray of a dull Colorado dawn, but it’s not quite the same as the golden light of Bangkok, the beauty of Paris in the dusk, or that time in Marrakech when a strangely Californian member of the army told me to “tell Michael at the print shop to stop texting his girlfriend.”

I guess, to misquote Harrison Ford,  IO can write that shit, but they sure as hell can’t find the right person to say it.