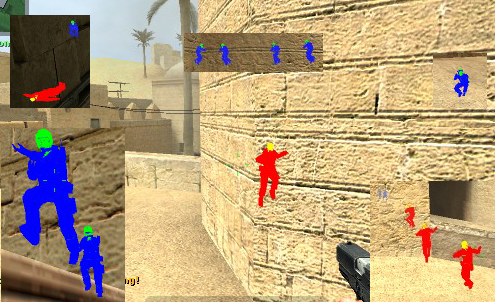 What motivates someone to utilize aimbots and other banned cheats in an online FPS? The obvious answer is that they want to win but suck, but this pretty fascinating feature article at PC Gamer shows it’s more like a neurosis. It seems some cheaters have an overwhelming and irrational compulsion to cheat.

From an interview with Tripwire Interactive’s president:

We see a spike in hackers after we have a sale on one of our games. Their last 10 Steam accounts have been banned, and the game is on sale for $3, so they’ll buy 10 copies for $30 on 10 different accounts and they’ll keep cheating.

All things considered, that is pretty nuts, and the people on the business side operate with the same obsessive tenacity. Later, the writer talks to Slayer and Prophet, two admins from the Ultra Cheats cheating website, where vendors sell bannable virtual weapon modifications. The lengths these guys go through to avoid anti-cheat measures is absurd: cycling servers every hour, renting servers in China with prepaid credit cards, coming up with ominous user names like Slayer and Prophet.

You should definitely read the rest.