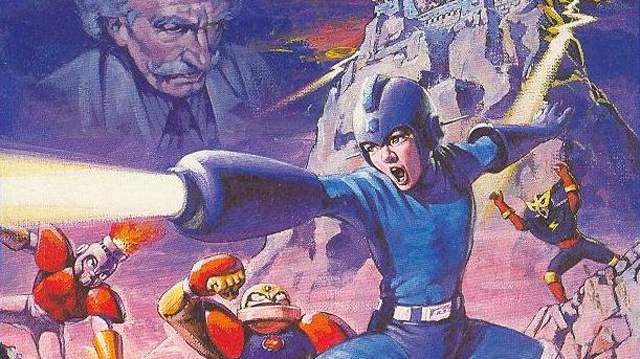 I’ll be honest; I missed a lot of the Betty White 2010 Resurgence Miracle. I’ll even admit that it wasn’t because I was busy doing other things, I just didn’t care. I didn’t go see The Proposal, did not join any Facebook groups, didn’t (and still don’t) watch SNL, I watch the Super Bowl because it’s a football game, not because of the commercials, and I’ve never watched a roast of anyone.

But even I know that Betty White had a killer 2010. Why did she suddenly become so important? Some say that she never really stopped being important. She’s worked pretty consistently since Golden Girls ended in 1992 and she’s been nominated for a few Emmys in that span. The real reason is that in this era, a strong fan base can have a voice that cracks like a whip, and in 2010  it did in favor of Betty White. So why do I care? I care because I love Mega Man.

Mega Man has fallen off the radar.

It’s been over three years since a standalone numbered Mega Man game in the “classic” series came out. It’s been even longer since an entry into one of the official spin-off series was released. Though I’m a huge fan, it took my little cousin asking me “Who is Mega Man?” for me to realize that, while Mario, Sonic, and even Spyro (for some reason) are still going strong, Mega Man has fallen off the radar.

So why Mega Man and why now? And still, why Betty White? Why not someone else?

This last year has been the 25th anniversary of the Blue Bomber, an event that Capcom has not decided to celebrate. Put aside the fact that “anniversary years” are a strange phenomenon. Nintendo set the bar high (or low) with Luigi’s grand 30th birthday: four games, a special edition console, merch, a CD, and, if you live in Chicago, you might have even seen the Luigi train.

Mega Man hasn’t gotten nearly the same amount of love from Capcom that Luigi has gotten from Nintendo. Capcom’s Mega Man portal looks like the flash-capable version of the live, but largely forgotten, Space Jam website. (It proclaims that its games are available for the Game Boy Advance.) Their store page offers a few items with a 25th anniversary logo but nothing of substance, not even a collection of already-released games.

Instead, like Betty White, the love for Mega Man has largely come from the public. Last year, a fan developer from Singapore, Seow Zong Hui, released Street Fighter X Mega Man a game where Mega Man fights characters from Street Fighter. Against all odds, the game was eventually given support by Capcom and can be downloaded for free from Capcom Unity, a website no one knows exists.

Another unofficial game with some surprising aesthetic virtue is Mega Man 2.5D. The game aims to revitalize the series with new features such as co-op (someone plays as Proto Man) and platforming elements made possible by the new 2.5D perspective. Instead of a static follow camera, the game can now bend around corners, similar to FEZ, presenting new challenges in terms of gameplay and level design.

Then there are the two tribute albums, MM25: Mega Man Rocks and For Everlasting Peace: 25 years of Mega Man. The albums, which feature music by chiptune DJs and nerdcore bands, pay tribute to the legendary chiptune soundtracks by Ippo Yamada, Manami Matsumae, Takashi Tateishi, and dozens of others. If you just read that and have no idea who any of those people are that’s because in the early days nearly all of Capcom’s music staff went by pseudonyms or were entirely uncredited. Sure, Capcom graciously slapped a 25th anniversary sticker on the albums but, as with Seow Zong Hui, the work lies largely with independents who have stepped up to fill the void.

Finally, there’s Keiji Inafune’s Kickstarter project Mighty No. 9. Inafune calls the game a spiritual successor, which generally suggests the death of the original, and he hasn’t been shy about the shared DNA between the two games, right down to the robot master-style frames all over the Kickstarter page. Mighty No. 9 looks like it could very well be the next “Mega Man game” even if it’s not a Mega Man game.

But while the powers at Capcom have killed three Mega Man games in the last two years (Mega Man Legends 3 and Mega Man Universe were both cancelled in 2011 and Mega Man Online just this last March) hope remains. The last two Mega Mans, Mega Man 9 and 10, were both a nod to simpler times of lovingly crafted 8-bit aesthetics, impeccable level design, and soul-crushing, unforgiving difficulty that made the series what it is.

All of which is important because Mega Man is more relevant now than ever. Just like Betty White brought her a blend of irony, cheek, and knowingness that emblemized the climate of the Internet in 2010, Mega Man represents a perfect blend of current movements in videogames. The difficulty and tight controls of Dark Souls or Bayonetta combined with the retro aesthetics of, well, anything off of Kickstarter. All of these qualities are cresting in the videogame zeitgeist right now, but Mega Man’s been doing it for, well, 25 years. His handlers are probably too late to properly celebrate his quarter-centennial, but they could still make 2014 his Betty White year.