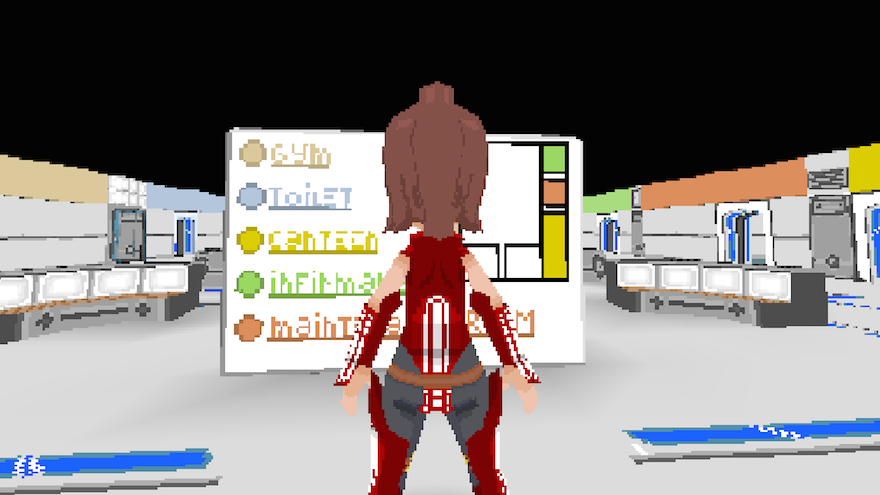 When you open up RE.CO.N, the second place entry in the Indie Vault Game Jam, the first thing you see is blocky grass and butterflies. Your player character is wearing a cute little hat. You have to throw things at a pig to get him to move out of your way, and then tread carefully through a yard to avoid stepping on flowers, and then the character that’s been accompanying you through these silent moments hands you a torch, gestures toward little birdhouses, and you burn them.

It’s a bizarre introduction to an otherwise sensible game. The first crackling flames give way to a short cutscene of your character watching a rocket take off, up into the dark sky. The premise, as narrated to you in those first few moments, is that the Earth has run out of resources and you’re on an expedition to Pluto to save the human race from extinction. But the premise as shown to you in-game is that you’re on a spaceship and it’s on fire.

you’re on a spaceship, and it’s on fire

RE.CO.N is very earnest in its concept, if a bit clunky, like jam games tend to be. Your little wide-eyed avatar runs around the ship, picking up objects and accidentally throwing them at the wall when you confuse the key bindings. The graphics look halfway between pixel art and those native to the first PlayStation, and fires burn conveniently in corners, cutting you off from hallways that might otherwise represent salvation. 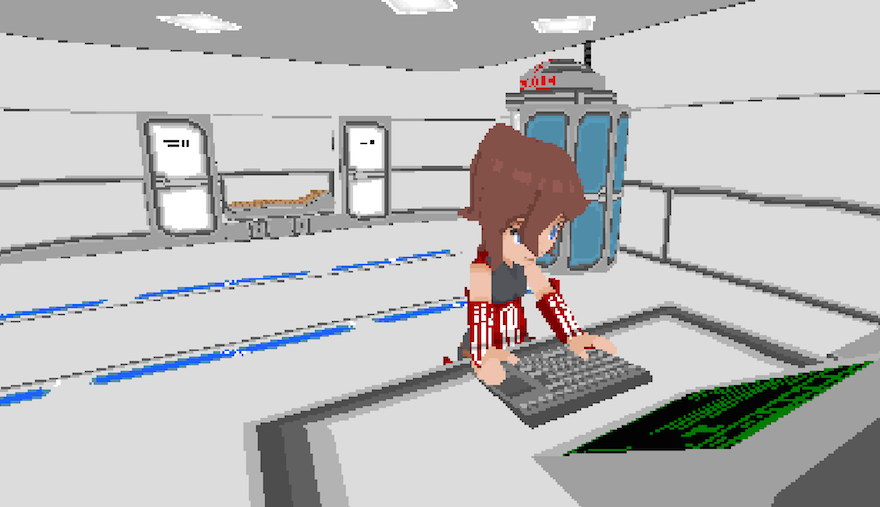 At one point a fellow space traveler comes crawling out of one of these corridors. Slithering, like a snake, or an NPC without unique animation—and you choose to help him or kill him. In choosing to help him, I misinterpreted how to select dialog options and instead triggered shocking colors and a low-poly boot through his face. A few brief seconds of horror passed before I left to look for the next hidden coworker, leaving his burnt, twisted corpse on the ground as one does on most videogame spaceships.

Though it’s short and unpolished, RE.CO.N is an interesting jaunt through a sci-fi trope, with a twist at the end that’s predictable but appreciated. The key mechanics—activate and throw—could be used for a variety of puzzles, although there were only hints of the possibility in these 10 minutes. Like most other jam games, the potential is more important than the output, and it might be hidden behind the smoke, but it’s there.

You can play RE.CO.N in your browser on GameJolt.