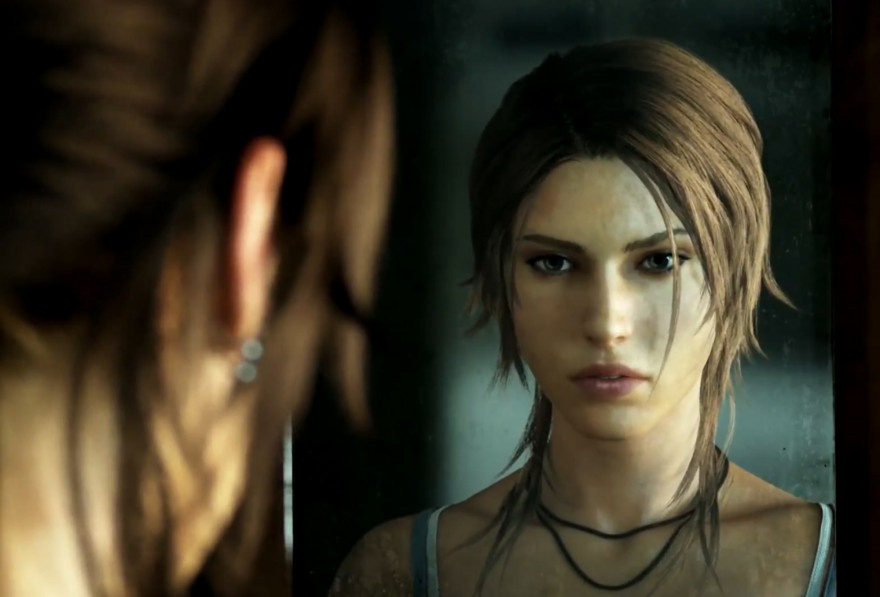 Lara Croft’s influence on modern videogames is incalculable. So the potential outcome of a reimagining of her character and corresponding hero’s journey was understandably inestimable. After several months of controversy surrounding alleged depictions of rape in the new Tomb Raider, the game was finally released last month to ecstatic reviews. So ecstatic, in fact, that many critics came to find the entire question of the game’s dubiously sexist underpinnings “silly,” to quote one popular review.

But just because critics are done fretting about Lara’s legacy, are Tomb Raider’s creators themselves? I caught up with veteran games writer and Tomb Raider scriptwriter Rhianna Pratchett to hear her thoughts about the need for a greater culture of “literacy” in the game industry and why making “men with boobs” is still an important first step for games to better handle diversity.

KS: My mother is a playwright, and she’s always told me that her mentors in theater told her to avoid reading reviews whenever possible. Do you try to engage in the feedback or criticism that you see in your work?

Pratchett: There’s a sense of excitement and a sense of relief. I’m really excited that people are getting to play Tomb Raider. It’s a relief that the game is finally out, and it seems to have gone down fairly well with reviewers and players. You never really quite know how something’s going to be received, and certainly at the moment we’ve had quite a few big games that haven’t been as well received as they thought.

When you’re working on games, you always want to know what the fans think, what the players think. You’re always looking to improve. If there’s going to be a next game or a franchise, I think it’s important to take on the feedback because it’s not like you’re writing a play. The next play is not necessarily going to be linked to the first play that you did.

What I think we need to do is get writers in earlier so they can help bring that logic in early and not just retrofit a story around what’s been developed without a story necessarily in mind.

Yeah, there’s not going to be Death of the Salesman 2: Back with a Vengeance or something like that.

Right, so you may not have to take in the reviews or criticism in the same way. But certainly with rebooting a franchise it’s really important to look at the way the game has been received, especially in the wake of things that happened during the last couple years in terms of press coverage.

You were a journalist before moving into games writing. Tom Bissell recently wrote in a piece for Wired magazine that games writing is “more like journalism” than it is like “writing fiction”—you have to enter a new world and report on what you see there. Do you agree with that approach? There are certainly a lot of examples of journalists of one strain or another crossing over into games writing…

I’d actually say that you have to be part of building that world, really, rather than just going into the world that’s just been built. Ideally, you need to have a hand in it. We need to start being creators as well. Narrative shouldn’t be “us” and “them”—gameplay and narrative. We can all come together to create a better experience. One of the issues that games writing has at the moment is: how to fit the writer and the narrative designer into the rest of the development process—when to get them on board, how to use them, what communication loops need to be in place, how best to put a somewhat square peg into what is a somehow round hole.

Sometimes they say “narrative professionals,” which sounds a bit highfalutin. But actually the term “writer” doesn’t really sum up what games writers need to do, or the way they should be used when they’re being used to the best of their ability. That’s something more akin to: part cinematographer, part set dresser, part casting agent, part director, part scene-builder. It’s not just the word bits. It’s not just the writing that you need to build the world. You need to utilize everything to tell the story! The game mechanics, the animation, the art, everything feeds into the narrative.

Of course if you’re involved in the development process, you don’t have a lot of choice but to go in and actually see what’s there to try to pull it all together and work a story around it. Whereas, what I think we need to do is get writers in earlier so they can help bring that logic in early and not just retrofit a story around what’s been developed without a story necessarily in mind. I’ve had stories like that, and it’s not ideal because you’re not making the most of the story. You never know what narrative ideas could have come up with a better level or a better area or a better premise or something like that…but the narrative team wasn’t in the room!

You get projects like that, and they can work. But, really, it is about being a world creator as well. I always talk about it like building an iceberg. You have to build the whole body of the iceberg—the iceberg being the narrative of the world. That includes everything from the backstories of the characters to the relationships web, even down to what they eat and what their pets are called. The narrative mechanics, the environmental storytelling, you’ve got to build that kind of iceberg. Especially when it comes to building characters. You’ve got to know so much about them. Even if the player only sees the tip of the iceberg, you’ve got to make sure everything else is there, because that makes whatever sticks up above the surface that much more real.

One detail I liked was how the taunts enemies would shout at you evolved throughout the game. At the beginning they would say, “She’s just a girl!” Then it evolved to something like, “This girl is kicking our asses!”

Barks are always hard. They’re deeply unsexy bits to write [chuckles]. But they’re essential. Showing that the guy is almost impressed by her shows the evolution in skill reflected by the enemies. John Stafford, the narrative designer, worked on a lot of that. Being on-site at Crystal meant that he could work with the level designers on the more moment-to-moment stuff, and also keep me in the loop about what needed to change. And it is about getting people like that involved and talking. Thinking about a sort of greater narrative literacy in the industry as a whole.

When I first started working on this side of the fence, you were lucky if there was one person on the team that genuinely understood narrative—the needs of narrative, why you might do things a certain way, and how important structure is. And you’d sort of mentally hug each other on a daily basis because you were so glad they were there!

But generally as a whole, the narrative literacy of the industry is quite low. It’s getting people in that not only understand narrative, but how it works in games. But it’s a two-way street. Writers need to understand games, that you’re writing for a game. It isn’t just taking the way we write movies and plopping that into games. That’s not how it works.

Writers need to understand games, that you’re writing for a game. It isn’t just taking the way we write movies and plopping that into games.

Have you ever written something that had a particular resonance in the final game that you hadn’t predicted?

I don’t know if you saw this piece on Kotaku recently…it was about a young guy who had suffered a lot of abuse at the hands of his father in his early days. Tomb Raider had been a sort of escapism for him. That’s a kind of extreme example, but it was humbling and amazing that [Tomb Raider] would have this effect on someone. And also I really like the fact that it blew the notion that a guy cannot empathize or see himself as a female character out of the water.

We constructed Lara’s journey to be all about the enduring nature of the human spirit—what we can endure, taking one step at a time. It’s a sort of survival story, but I never quite expected it to have that much resonance with someone. It’s very gratifying to see that it did; that it extended beyond the boundaries of the game, really. You can actually touch someone’s life, their real life, the way they think about things, is wonderful.

Tomb Raider seems to be in this funny place right now. When it first came out, it had one of the most recognizably human characters that there was in games.

But a lot of comments that I heard from the developers about the 2013 reboot involved making Lara seem more human, more vulnerable, more relatable as a character. How do you approach the process of recreating a character, particularly one as iconic as Lara Croft? What did you want to keep from her past, and what did you want to do differently?

Lara had become bigger than the games, really. In the movies, she lacked some charm. She’s a bit of an ice queen [laughs], what we used to refer to as “Teflon Lara”—nothing moved her, nothing touched her. There was a lot of just crashing planes into mountains, throwing money, gadgets, guns, and one-liners at any situation.

But we certainly didn’t change as much as people thought. I always talk about how we rewound her rather than took traits away. We took what people think of as Lara Croft—her traits like bravery, resourcefulness, resilience, independence, strength, et cetera—and we rewound those traits until they were just below the surface. Because you don’t actually just pop out being a badass with all those traits in place. There is no bravery without fear. We wanted to show where that came from, and how it evolved.

Obviously old Lara has lots of fans, she was fun on a certain level. But we wanted to go back and explore that period, a missing piece of the puzzle. Because it was never fully revealed; she sort of retroactively had a past given to her. It wasn’t one the player experienced. It’s that journey that’s powerful for the player. It’s not that meaningful to just give them a bit of backstory several titles in; they need to be on that journey.

It is a human story, really. As I talked about the enduring nature of the human spirit, we looked to things like survival stories for inspiration. Aron Ralston’s story, which was made into 127 Hours. Survivor stories, people who were pushed to their absolute limits. Also things like The Descent, Children of Men, Heart of Darkness.

So yeah, there’s vulnerability there. But it’s not because she’s female. It’s because she’s human, and alone, and shipwrecked without any weapons and very little know-how.