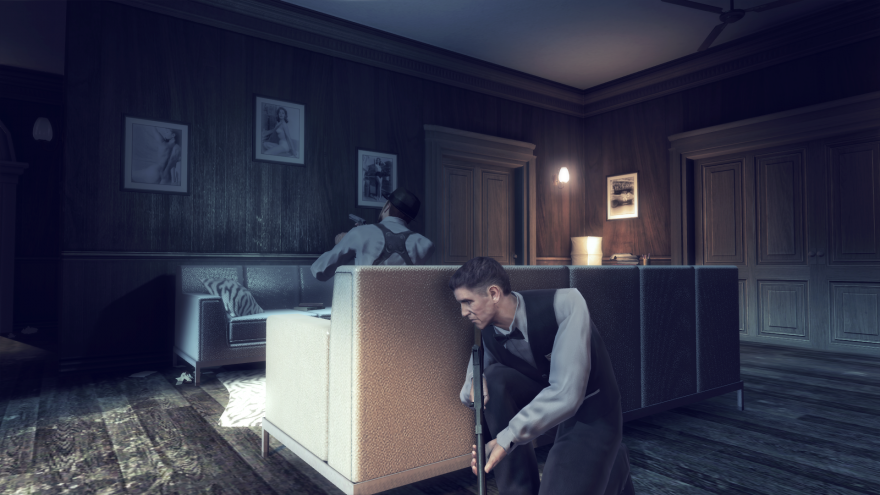 In the interest of accuracy, I must attribute “Christ, I miss the Cold War” to Judi Dench’s M in Casino Royale, because she actually uttered those words. But M never had a monopoly on this sentiment. Here, for instance, is international relations bigwig John J. Mearsheimer’s “Why We Will Soon Miss The Cold War.” Would you prefer your Cold War nostalgia in listicle form? Good news! Here’s historian Jon Wiener’s “Eight Things I Miss About the Cold War.” Clearly the academe edges M when it comes to clickbait titles.

Alekhine’s Gun is an upcoming title from Maximum Games that promises to deliver the “paranoia and thrill of Cold War espionage.” So only the good bits, basically. You play as a KGB spy who has been turned by the CIA and now finds himself caught in everyone’s crosshairs. The story spans much of the world, because there was no hiding from the Cold War, and allows for death by just about every method conceivable.

Why might one miss all this? Is the prospect of death by gun, garrote, or nuclear gambit really that appealing? In a gaming sense, all of those risks do serve a certain narrative purpose, and that’s what Alekhine’s Gun is seeking to tap into. But in a broader sense, Cold War nostalgia survives because at least the period offered a certain measure of structure. There were excesses, sure, but they balanced themselves. Or at least that was the theory, and theories can be seductive. As such, a certain longing for the Cold War lives on international relations, and in the thinking of fictional cold warriors, for that matter. See, for instance: M.

But there is one thing we really can miss. As Edwin Heathcote points out in Icon, the architecture of the James Bond franchise is no more:

The grand HQ has gone. Bond is now back on the streets of London in his Aston Martin. In a way it’s a fine metaphor, coming as the police axe the huge, modernist New Scotland Yard. The infrastructure doesn’t matter any more – the more anonymous the better. Farrell’s building was the last gasp of the oxymoronic notion of an architectural expression for a secret service. Now the spies are underground, online and all around us. All we need to do is pick up a phone, turn on the location services or send an email. Architecture is irrelevant.

Where might one turn to experience these onetime pleasures? Cultural consumption, obviously. Alekhine’s Gun is one possible avenue. It covers the earlier portions of the Cold War—from the end of World War II to the years following JFK’s assassination—but even the more recent past now counts as a period piece. FX’s The Americans, for instance, lacks the architectural flair of Mad Men but is equally steeped in the past. Ultimately, it’s all just history.

You can find out more about Alekhine’s Gun on its website.