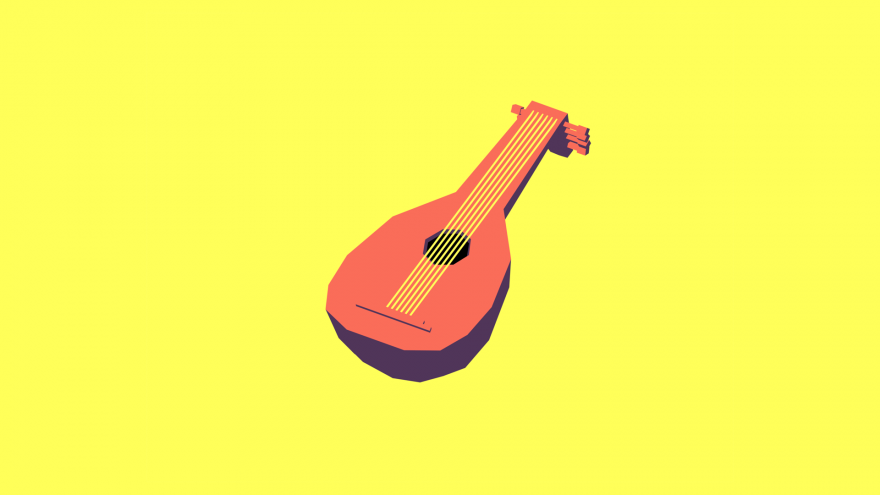 A telephone becomes a television set which becomes a cooking pot. What is at first a mandolin is suddenly a bowl, then a crown, then a ring. And it goes on and on.

Its creators Pol Clarissou and Armel Gibson call Vignettes a “contemplative game,” something they aren’t strangers to. An older game of Gibson’s, Gulag Paradise, turned forced labor into a typing game, and Clarissou’s recent Station Fantôme rendered you immobile in the dark and ghostly tunnels of an abandoned subway system.

Vignettes looks a thousand times more delightful in tone, but given the games these two have worked on, who knows what horrors await in those little spinning trinkets?

Or maybe Vignettes really will be a nice, peaceful toy-like experience. Its thoughtful simplicity calls to mind similarly meditative games like Mountain and the recently released succulent-growing sim, Viridi. Like them, exploration of an object, rather than a space, is at the core of Vignettes. Everyday things become new and interesting when examined out of context, or placed in unusual association with other, unrelated things, and it seems Vignettes will dive into that to some degree.

You can find more information about Vignettes on its website and devlog.