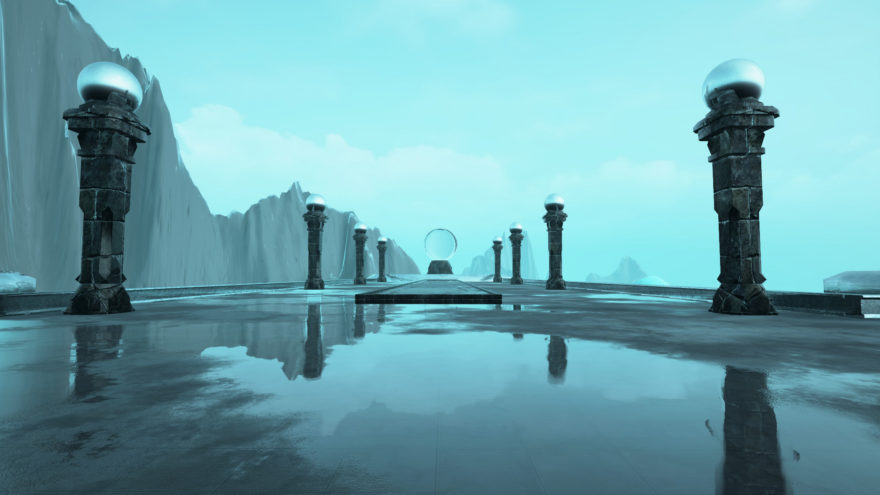 When we last saw Water Planet in the summer of 2016, the virtual reality game accompaniment to electronic musician VIRGO’s EP of the same name, it had just been ushered through Steam Greenlight. But that was sometime ago, and after hearing nothing but crickets for nearly six months, its release window is finally upon us. Water Planet will be released on Steam for the Oculus Rift, HTC Vive, and even PC in Summer 2017.

When listening to VIRGO’s music, it’s hard not to dream up the world of Water Planet on your own, as the synths lend themselves to the aqua-tinged visuals, and VIRGO’s own visual aesthetic outside of the game. Water Planet differentiates itself from other VR music videos, primarily in that it hardly defines itself as one. The core of the game is what you’d find in any other exploration title, being that you walk around and observe things. But unlike most of those, Water Planet‘s music is integral.

The game is wholly soundtracked by the Miami-based musician’s ethereal music as you venture across the mysterious blue planet: from oceans to mountains, encountering everything from cybernetic jellyfish and your ship’s onboard A.I., Gemini. As you embark on your quixotically soundtracked journey, you’re desperately vying to collect resources to complete the journey back home, far away from the dreamy, H20-saturated planet.

You can listen to VIRGO’s Water Planet EP here, while the VR game accompaniment will be released in Summer 2017.