Just hear us out on this one: Gwent esports

// by Amanda Hudgins
@barelyconcealed
Just hear us out on this one: Gwent esports

Earlier this year CD Projekt, the Polish developers behind the hit series The Witcher, announced that their popular in game card game Gwent would soon be released as a standalone title. The game seems to be a clear drive to follow the success of Blizzard’s Hearthstone. Now, a new report from CD Projekt seems to point to them wanting to follow in another of Hearthstone’s footsteps: becoming an esports powerhouse.

However, there’s a slight kink in the plan for Gwent domination. The game, which has an open beta set for this fall, will be released without two features commonly found in esports: live, in-client spectating and replays. CD Projekt hasn’t indicated that either is incoming, though it would make sense if they’re pushing for esports. Instead, the studio says, they’re focusing on “core gameplay.”

Replays and in-client spectating features aren’t absolutely necessary for esports success, of course. Hearthstone itself launched without them. And in some ways, they’re a bit out of place for a card game anyway. There’s a natural analog between sports and esports in terms of replay and the conventions of spectating. When an amazing play happens on the pitch, we expect to see it replayed in slow motion. But that is less obvious of a connection in a card game. Moves are not traditionally made in quick succession, and an announcer’s voice could be quite distracting to the play (imagine, if you will, a shoutcaster commentating a chess match to understand the disconnect.)

A virtual card game has more flair than a traditional table top endeavor.

Of course, a virtual card game has more flair than a traditional table top endeavor, and Gwent is a game to be played by scarred individuals in drunken mead halls. From humble beginnings …

Anyway, whether or not Gwent has the potential as a competitive game ultimately rests on whether or not the game catches on during its beta this fall, and not the ability to be easily commentated. For that, we’ll have to wait and see. 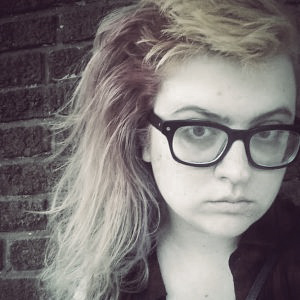