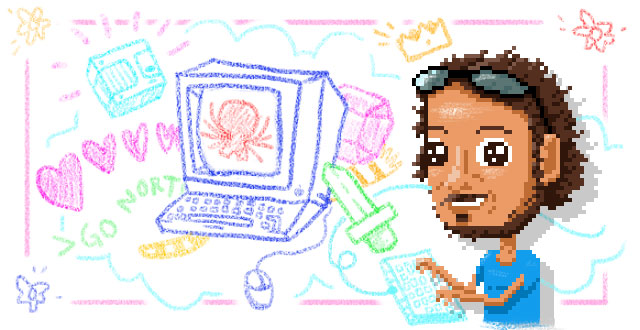 In 5-10-15-20, we ask game designers what games influenced them throughout their life, in increments of five years. In this installment, we hear from David Kalina, one half of Tiger Style games, the people responsible for one of the most critically acclaimed iPhone games, Spider: The Secret of Bryce Manor.

Age 5
My father had a TRS-80 Model III, so it was our first personal computer. He had a friend who was a big computer dork, and would come over with 5 ¼-inch floppies filled with games and miscellaneous software. The game I remember most from that era was Zork—sitting with my father and getting all spooked by grues, opening up mailboxes, and that sort of adventure-type stuff.

I went to private school and we were lucky enough to have Apple II computers back then. So, we were probably playing Where in the World is Carmen Sandiego?. I remember a game called Dark Tower.

I think I was pretty privileged to be exposed to computers in that way, at that age. I remember playing around with Logo and learning BASIC programming at a pretty early age. There were these books that on every page would list out the instructions for a game, so if you wanted to play Hunt the Wumpus or something you could sit there in BASIC interpreter and just type out all the instructions, line-by-line, character-by-character, and then play the game. That was some of my early exposure to programming.

I tended to be more of a solitary player. But I remember playing Atari with one friend in particular, this guy Scott Barber who actually is one of the musicians we work with at Tiger Style. He and I are lifelong friends, and we would get together at our houses and play these games together.

10
That was 1987. That was a pretty incredible time for home games. I had a PC at home, so I started to get exposed to games like the early Sierra adventures—King’s Quest and Space Quest—and those were pretty monumental for me. I remember thinking at the time that there was something somehow superior about PC gaming to home console gaming, and yet there were also all the incredible Nintendo games that came out at that time.

I have a really strong memory of receiving the original Legend of Zelda as a birthday present from my mother. It came in a gold box, and as a precocious 10-year-old I had already decided that it wasn’t a real Nintendo game unless it came in the black box, with the original Nintendo writing. I thought that third-party games were no good, and for some reason I thought that Zelda was a third-party game. So I was really upset; I was on the verge of tears. But then I played it and it changed my world forever.

Similarly, the original Metroid from that era made a really big impression on me. One of my earliest memories of doing something resembling game design was sitting with a good friend of mine from childhood and drawing out Metroid levels on paper. It was just around that time that I started to develop a consciousness of what it would be like to make these things, as opposed to just play them.

15
When I was 15 years old I was running a BBS out of my home, and basically pirating every game that came out for the PC during that time. So I played a lot of stuff—that was kind of the peak for me before I discovered a social life and girls.

When I was looking at the list of games that came out back then, the one that really popped out for me was Ultima VII. That series of games was really big for me in my childhood and up until that point. That was kind of the last major Ultima game that was really significant. I think they kind of jumped the shark after that. But even then, I was always blown away by how with every iteration they would completely reinvent this universe, and all the mechanics and game systems.

There was a transition there, where I was playing a lot of games, and I kind of stopped. I started becoming interested in other things, like music.

20
This is maybe my junior year in college. I really didn’t play games in college at all. We had a Sega Genesis, and maybe I would play some Columns or something really late at night.

I have this memory of seeing Quake II running on a friend’s machine in a dorm room, and for the first time really being impressed or excited by 3D gaming. I remember playing Doom or Wolfenstein 3D and just not getting into it—not feeling like the world was immersive enough. But there was a real technological breakthrough when 3D hardware started coming into the picture. I remember seeing Quake II and being like, “Oh, well it’s time for me to start getting back into videogames.”

I went to school for computer science because I knew I wanted to make games, but my mind had gone somewhere else. I was busy doing school things and just going through adolescence, really. I started playing Half Life in my senior year, and I remember being completely mesmerized by it. It was like the culmination of all these advances in technology and storytelling, and there are all these moments in that game experience that have kind of stayed with me—that I think I’ll carry through the rest of my life. I consider that game to be really responsible for me getting excited about the possibilities in games again.

25
I had just moved down to Austin from Montreal for a job at Ion Storm. I think the year I was 25 I was basically just crunching on Deus Ex: Invisible War, so that’s the game I remember the most from that period. It’s my first experience actually finishing a game. Up in Montreal I worked on Splinter Cell, but left a few months before it was done.

The original Deus Ex was also a landmark because it opened me up to this idea that games should be empowering toward the player, or that games shouldn’t always necessarily be prescriptive about solutions. I had this realization that the games that I loved were the ones that empowered me to make my own choices, and overcome problems in ways that were authored by me as opposed to by a designer. I kind of changed the whole direction of my life based on the original Deus Ex game.

30
I think I’ve once again moved away from games in a certain way, or at least I’ve moved away from big games. I used to be drawn in by really immersive experiences and games that transported me to another world, and really demanded a lot from me as a player. As I’ve gotten into my 30s I’ve found that I have a variety of interests, whether it’s biking, cooking, karaoke, or just being with friends. Videogames that ask me to spend 40-plus hours with them are just not something I often want to do.

Jonathan Blow’s a guy I got to know a little bit, because he worked at Ion Storm briefly as a contractor. I didn’t hear from him for years—he kind of went off and did his own thing—and all of a sudden, this game Braid came out that was basically his invention. The game inspired me to go do my own thing. It wasn’t a direct causation, but when I reflect back I realize that small groups can do really powerful things with smaller bits of expression. You don’t have to make massive games to make an impact on people, and I think Braid is just a beautiful piece of work—explores a set of mechanics and dynamics in a really interesting way, and is artistically really beautiful and thoughtful. It inspired me to try and be successful in that way.