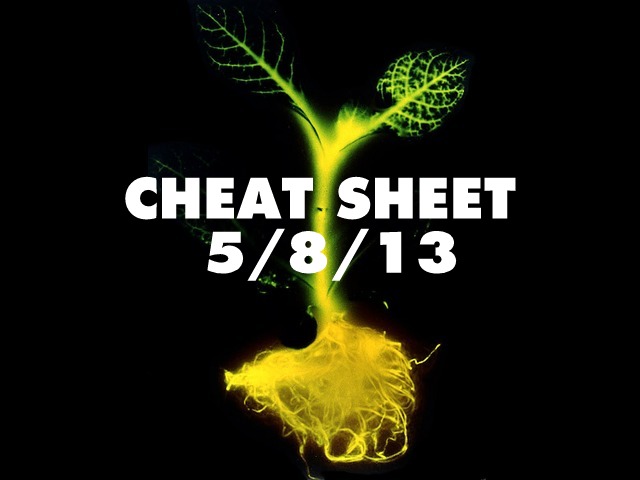 Another Wolfenstein game is coming. Add us to the list of people who didn’t think cybernetic Nazis would have such long legs.

You know that portable gaming system you sometimes use to call people? Here’s the story behind its default ringtone.

To keep away the nightmares, why don’t you design and make this snazzy interactive night-light from our friends at Sparkle Labs? Use the code “KILLSCREEN” for 20% off!

Speaking of light sources, Antony Evans and his team has successfully Kickstarted a project to create synthetically bioluminescent plants. They plan to give the recipe away for free. Glowing Plants for everyone!

In the latest Harper’s, poet Tony Hoagland considers how poetry may rekindle American education and the culture at large. Maybe we’re crazy, but in a section on “the ethical notion of choice,” his use of William Stafford’s “Travelling through the Dark” reminds us of Telltale’s The Walking Dead. The poem begins:

Travelling through the dark I found a deer

dead on the edge of the Wilson River road.

It is usually best to roll them into the canyon:

that road is narrow; to swerve might make more dead.

To read about other dead things, check this excellent interview with G. Andrew Stone, programmer of Game-Maker, a piece of DOS game-design software from 1991 that missed widespread relevance by a decade or so.

Gaming in Color is looking to bring more attention to the growing population of LGBTQ gamers and game designers. The trailer is below and you can find more info here.

Gamer Theory author McKenzie Wark has a new book out, The Spectacle of Disintegration. Glean some smarts from this wide-ranging conversation about 3D printers, smartphones as surveillance agents, and remix Twitter bots like @KimKierkegaardashian.

Special-effects mastermind Ray Harryhausen died yesterday at the age of 92. He did with clay puppets what many of today’s effects artists struggle to achieve with overpowered computers. We salute you, Mr. H.