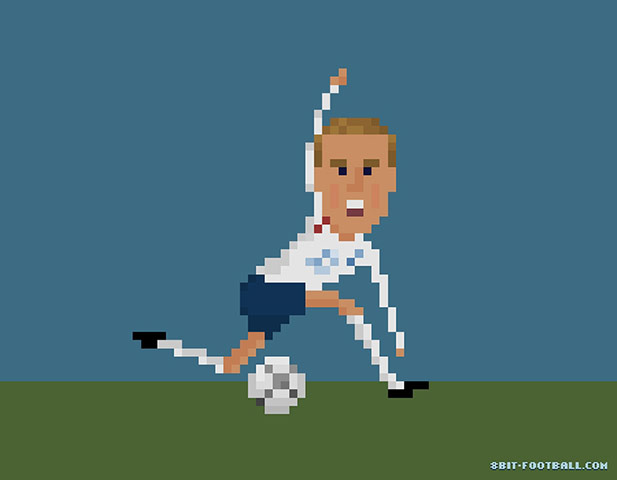 You don’t need to be a soccer fan to appreciate the artistry and humor of 8bit football, a series of 8-bit illustrations of iconic players and historic moments from Matheus Toscano. His work is showcased today as part of the Guardian’s series on “beautiful games”, a collection of artwork that celebrates sports culture.

Toscano makes beautiful pixel art, as much stylized as it is exaggerated – depicting athletes with faces the size of their bodies in the throes of triumph, posing for the “camera”, or showing off their moves. There’s plenty of playfulness here too. The figures are all somehow inherently adorable, and he captures details so well – like player hairstyles or Beckham’s amazing pink cleats in this recent post – that it’s hard not to smile, whether you know the difference between a clean sheet and a golden goal or not.

It’s particularly cool that Toscano “has no background in design and began the series purely for fun” and has made something of a cottage industry out of painting digital caricatures of athletes (you can get any number of popular designs in print or on a t-shirt). Call it the ultimate vindication of fan art.

If soccer video games looked like this, I would play many more of them. There’s something to be said for the appeal of the retro aesthetic – and though it’s become a cliché in say, downloadable action games and 2D platformers, I would welcome it into the sports genre in a heartbeat. Most sports titles (almost all that don’t contain the terms “Mario” or “Jam” in the title) are chasing after realistic depictions of human athleticism – and hence running straight down the sidelines of the uncanny valley.

Give me pixilated footballers any day of the week.