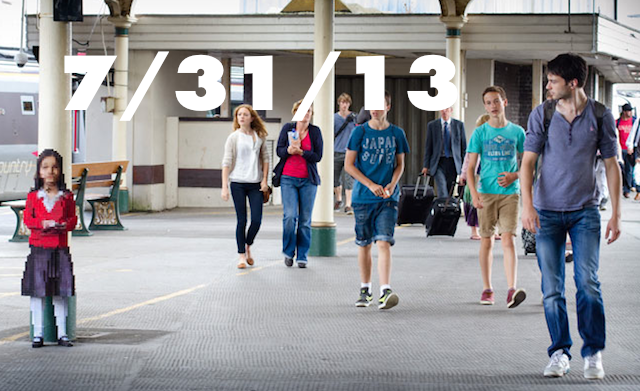 With the aid of the Kinect, artist Luke Jerram has created a pixelated (or voxelated?) sculpture of a young girl named Maya. Dude is totally thinking: I’ve been playing too much BioShock.

Guitar Hero masterminds Kai and Charles Huang have founded an interactive fitness studio. Seems like a departure at first, but have you ever Bowflexed to Van Halen? Pure bliss!

An intergalactic showdown of epic proportions just transpired on a computer server. But the real news is The Verge has an Eve Online “war correspondent.” Our generation’s Kosovo, folks.

At this point shouldn’t you just get a part-time job as a paper boy?

Over at Nintendo’s official Earthbound page, Shigesato Itoi (creator of Earthbound and Japanese celebrity that has no equivalant in the States) muses on what Earthbound means to him:

It was like a group of children taking dolls from a toy chest.
Old dishes no longer used in the kitchen.
Nuts and bolts found inside a toolbox.
Little flowers and leaves from the backyard.
And they were all laid down on the carpet with everybody singing made-up songs.
Ready to talk all day about that world they just made.
That, I think was how Earthbound was made.