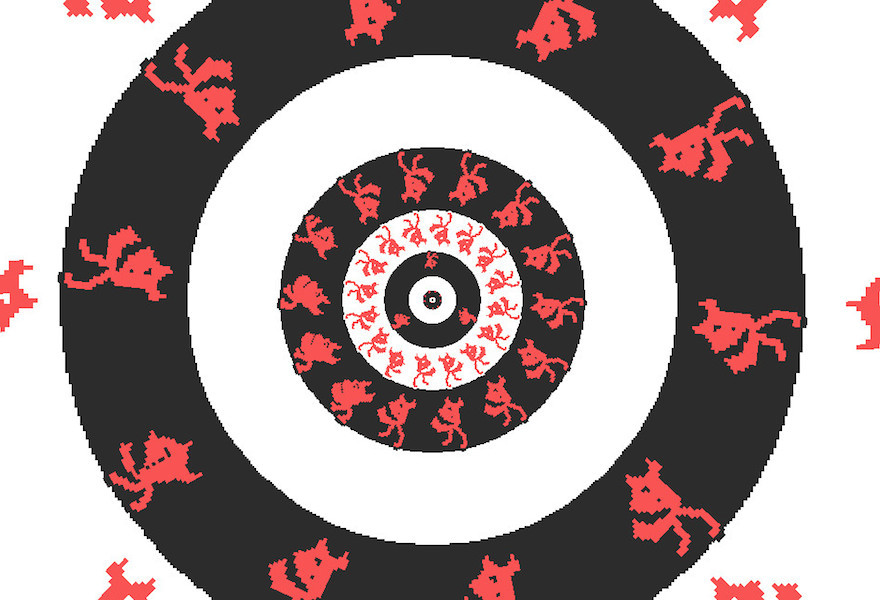 Imagine my excitement, then, upon discovering Circa Infinity, a game where your whole goal is to run along circles. Playing almost like a 2D Super Mario Galaxy, Circa Infinity challenges the player to run alongside the edge of a circle until they can find a way inside, at which point they’ll encounter yet another circle to infiltrate. Each new circle changes in color from black to white in a pattern that resembles a classic hypnotist’s circle, creating a mesmerizing effect that suits the game’s disorienting running and jumping challenges.

Along the way, hordes of bright red and seemingly demonic enemies move in an almost dance-like pattern, all the while contrasting starkly with the game’s otherwise monochromatic color scheme. Upon reaching the end of the level, the whole stage will zoom out to show you just how deep inside the initial outer circle you’ve gone, revealing a massive sense of scale. Of particular note is how the simplicity yet monstrousness of the enemy designs and the size of their numbers coalesce to give these brief level overviews a feeling of looking at a medieval painting of hell.

With its nontraditional setting and disorienting gameplay, Circa Infinity is bound to confuse and intrigue players, creating an experience which makes the audience uncomfortable even as they beg for more. The game’s set to come to Steam and itch.io on September 9th, with a free demo currently available on both platforms.