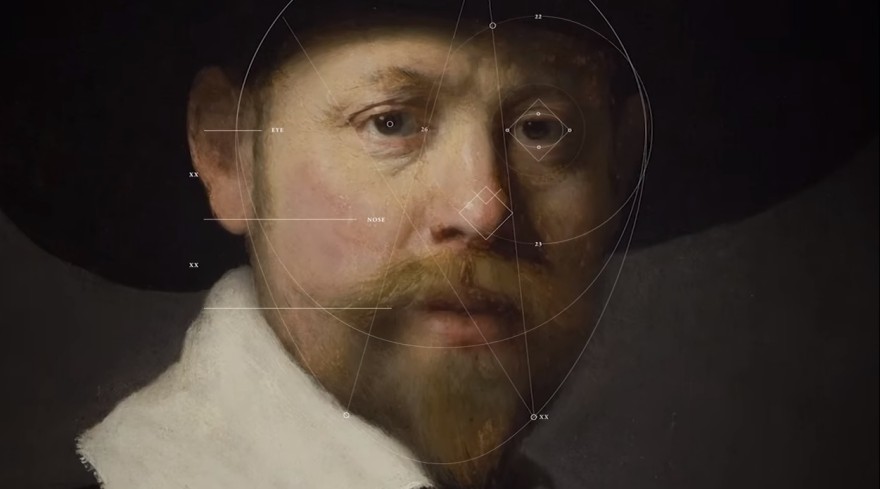 I’ve never seen The Starry Night (1899). I mean, obviously I’ve seen it. Pictures of it are everywhere; in textbooks, on t-shirts, and just about everything in between. But I’ve never actually been to MoMA and seen the physical painting The Starry Night itself. Art has been at odds with replication for centuries, all the way back to when the very earliest printing technology suddenly made art cheap enough that common (see: not rich) folk could own it.

When art is no longer confined to a museum, the line between what is and isn’t art gets more and more blurry. The digital age has only made all of the flaws and benefits of replication that much more pronounced—you can browse entire museum collections online, you can 3D print the Bust of Nefertiti, and now you can even create a new Rembrandt original.

a “mockery” of true art

The recently-unveiled The Next Rembrandt is a new portrait 3D printed based on algorithms derived from Rembrandt’s body of work. Yep, that’s right—it’s not just a copy of one of Rembrandt’s existing paintings, it’s an entirely new composition created by a computer. The project brought together top minds from the worlds of data science, engineering, and art history to create an algorithm that can mimic the look of a genuine Rembrandt painting. The result is a freakishly convincing artistic product, heavily guided by human hands but ultimately executed by mechanical ones.


It’s ironic that they chose Rembrandt, an artist known for his particularly raw and human work, to be reproduced by algorithm. Gary Swartchz, an art historian who contributed to the project, defended the endeavor, saying “While no one will claim that Rembrandt can be reduced to an algorithm, this technique offers an opportunity to test your own ideas about his paintings in concrete, visual form.” Meanwhile, critics have flat out called The Next Rembrandt a “mockery” of true art, claiming that a machine will never come close to duplicating the soul of the artist behind a real painting. The project creator, however, didn’t set out to determine if art requires something human, nor where that line should get drawn.

In fact, if things weren’t messy enough, the whole project is the brainchild of an ad agency. The J Walter Thompson agency in Amsterdam, led by Bas Korsten, developed the idea for the project for their client, ING Bank. The concept was to bring the innovation that data analytics allows to the art world, not that art hasn’t already been butting shoulders with algorithmic generation. Whether or not The Next Rembrandt is actually art is still up for debate, but it begs the increasingly-prevalent question of where algorithm ends and art begins.