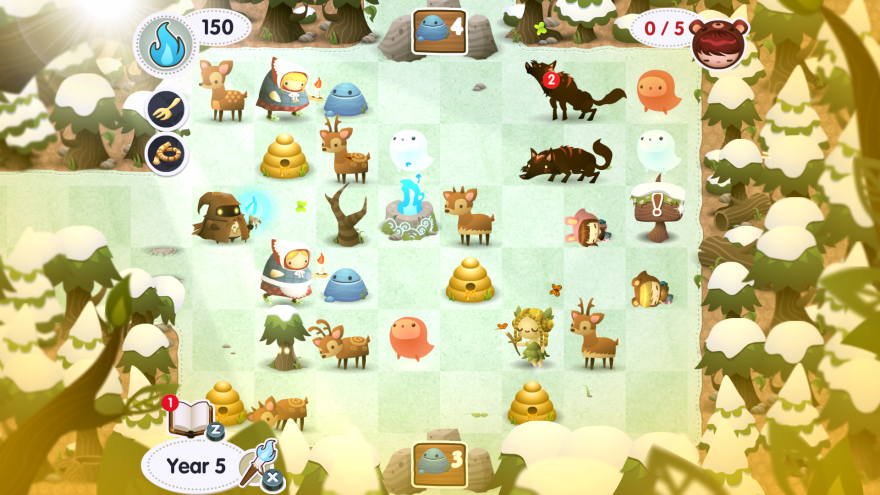 Robert Frost is not my favorite poet. His poem “The Road Not Taken” is probably more broadly known than read, functioning as a sort of cultural shorthand for self-satisfied nonconformity. “I took the road less traveled by,” a certain segment of every generation seems to congratulate itself as it emerges from adolescence into adulthood, youth into middle age, “and that has made all the difference.” As I make my own way into middle age, it’s a sentiment loaded with the shortcomings of my parents’ generation, the student counterculture of the 60s and 70s settling into the unreflective, commoditized complacency and repackaged irrelevance of classic rock CD boxed sets, with their oversized photo-drenched mythologizing of how much better being young and starting a band used to be.

Of course, for a number of reasons, this characterization is almost entirely unfair, not in the least because it’s a misreading of Frost’s poem, which, if the reader takes the title seriously, is not a celebratory rumination on the path chosen by the poem’s narrator, but is at least as much driven by the narrator’s regret over the unknown, unimaginable road, well-trod or not, which was not taken. It is a poem about limitations, in which possibilities are not just closing, but are in fact long since cut off. The context is old age and impending death, not the seeming immortality of youth. I’m hard-pressed, in fact, to figure out why high schools demand (or used to demand—I may be showing my age) that students focus on a poem so ripe for misinterpretation.

And what exactly, given all the (often misbegotten) baggage that Frost’s poem carries, are David Edery and his team at Spry Fox looking to do by self-consciously naming their new game Road Not Taken?

At first glance, Road Not Taken is not particularly concerned with matters of choice. An opening sequence succinctly conveys the narrative frame—a hooded figure stumbles upon a magic staff of power and obligation, and then assumes a place as a small town’s “Ranger,” with a 15-year term of service spent rescuing the town’s lost children every winter. If your Ranger talks to the townsfolk between winters, you can build relationships by making gifts of the items you find and the rewards you earn from your time spent searching in the forest. Give enough gifts, and a townsperson may fall in love and eventually marry you.

Success and failure in wooing a particular townsperson, however, depends most on which particular rewards are offered to the player after each successful search and how these rewards line up with the townspeople’s individual gift preferences, and the outcomes are more or less the same. The player can choose to distribute gifts broadly, or to invest in building a relationship quickly with a specific townsperson, but the mechanics of relationship building are fairly straightforward, and, well mechanistic. (There is a bit of randomization in the process—every once in a while a townsperson will get jealous, or just decide that they want to step back from a relationship—but setbacks are relatively infrequent, and still feel more like a bad roll of the dice rather than a component of an organic interpersonal interaction.)

In the forest, however, it becomes clear that there’s a great deal of complexity underneath Road Not Taken’s apparently simple mechanics. Structured as a series of 6 x 8 square grids, the forest levels initially require that players master the peculiar demands of simply moving various objects around. Carrying objects costs energy, and if you run out of energy, you die. Throwing objects doesn’t consume energy, but the direction an object can be thrown is determined by the direction from which it was picked up. That is, if the Ranger picks up an object from the west,  it can only be thrown to the east. If the player needs to throw the object west, they have to figure out a way to pick it up from the east. At times, this can require moving several other items first, clearing a path to the object you want to throw, and figuring out how to keep animals or other non-player characters from getting in the way.

The rewards increase for each rescued child, but so does the effort required. There’s little room for sentiment.

In addition to the spatial arrangement challenges, collisions between certain combinations of objects will transform them into something new. Some of these combinations are logical—two sticks make a fire, three beehives will turn into a jar of honey—and some are nothing less than magical—an ancient mortar and a statue make ice. The in-game journal helpfully records useful formulas, but the only way to discover them is to throw everything and see what sticks, and then to throw two of everything, and three, just in case.

Once you master the basics of moving objects around and discover a few transformative combinations, it becomes apparent that resource management is the most significant challenge. The amount of energy the Ranger has for a given level depends on how much energy they had left at the end of the previous level, so the challenge each year is to save the most children using the least energy. After the tutorial, the mayor only demands that half of each year’s missing children be found. The rewards increase for each rescued child, but so does the effort required. There’s little room for sentiment. At some point, every player will have to decide how many children to abandon in the woods in order to be able to save children next year.

Like many procedurally-generated games, Road Not Taken plays as a process rather than a set of outcomes. You may find love or you may not. You may let a cold calculus drive you to save just enough children to get to the next year, or you may sacrifice yourself again and again rather than abandon a single one to the cold of the forest. You may try to rebuild the history hinted at in the occasional but effectively haunting contextual narrative clues, or you may live in a world of objects, building power through the knowledge of their lore. Your Ranger will die and be replaced, and so will the children you seek. “We lose a few every year,” the Mayor will tell you when you have saved enough (but only enough). “We’ll make more.”

And if there’s a link to Frost, then this is probably it. “The Road Not Taken” isn’t a poem about the particulars of a given life, either in celebration or regret. It’s a poem about limitation and scarcity. As death approaches—and it is always approaching—we leave behind all this things we have done as well as the things we haven’t done. Meaning is personal and often ineffable. Our most important relationships are often entirely disconnected from the worlds in which we do our work. We master certain skills, or, failing that, we find different ways to cope. We carry our own particular baggage, and the hopes and failures of those who came before, but in ways that often ultimately only make sense to ourselves. We do the best we can. It is enough. It is never enough. There is always, always something left unaccomplished.

Life is hard, and so is Road Not Taken. There is work to be done, and you may find it rewarding or you may not. Someone will carry on when you are done.