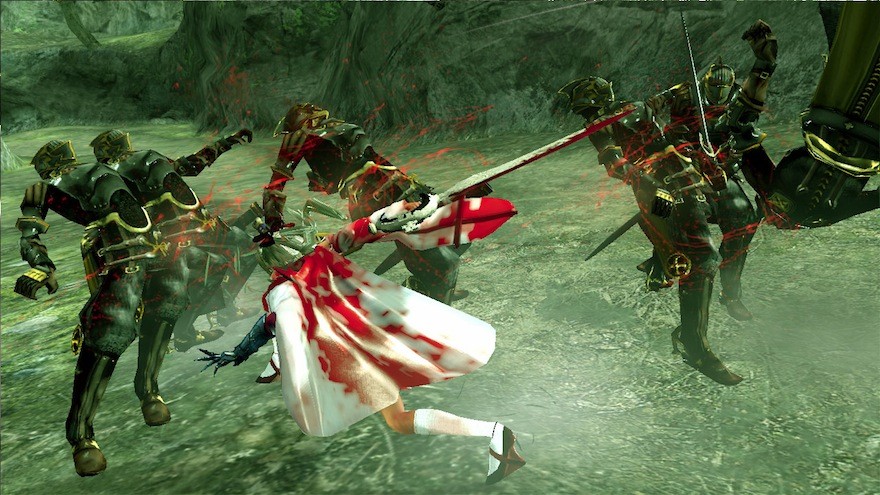 Someone needs to find Drakengard 3 director Toro Yoko and give him a hug. The fine people over at Gamechurch have transcribed a very somber and reflective interview on his views about those violent competitive kill-fests we call games, and it’s a compelling read.

He finds it saddening that there are societal expectations for $60 games to always be about killing things. This gut feeling has loomed in various ways over his previous projects.

The original Drakengard, for example, was created from the mindset that games which gloat about killing are insane, similar to the views we find in nihilistic cinema like Salo. To him this wasn’t only a problem with games but a reflection of the lack of kindness in the world. It goes a long way toward explaining that game’s warped plot.

But when he got around to directing Nier, he thought the world had changed for the worse, post-911 and the War on Terror.

The vibe I was getting from society was: you don’t have to be insane to kill someone. You just have to think you’re right. So that’s why I made Nier….

You’re probably thinking: “But Toro Yoko, the games you make are still about killing. I killed 100 guards in the first 5 minutes of Drakengard 3.”

To that he’d sigh and agree.

I think that these types of killing games will continue to permeate the industry…. There has been no revolution or great change. I perceive that as a failure. At least for me, it’s a personal failure.

But…. I say “But,” because I remain convinced of the tremendous potential in games.

Thanks to Gameschurch for translating this.