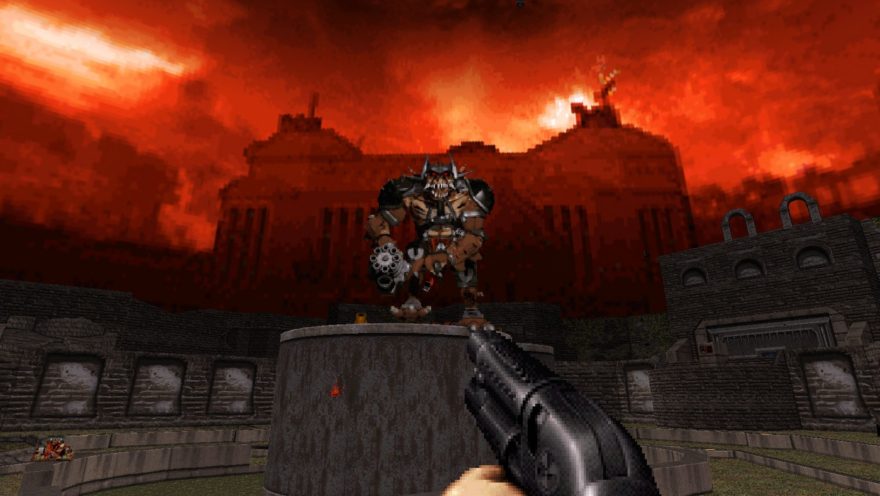 Like uncovering a spiral-bound notebook full of junior high poetry, Duke Nukem 3D (1996) is back once again to remind you of what passed for “edgy” in the late 90s. After a half-dozen repackaged versions over the past few years, a sizable anniversary is enough for Gearbox Software, the current stewards of 3D Realm’s 1996 FPS “classic,” to give everyone another chance to re-purchase it.

Including a brand-spanking new lighting system and a fifth episode created by the game’s original level designers, Duke Nukem 3D: 20th Anniversary World Tour manages to play the way you remember the game and thankfully not how it actually was. Nostalgia has a way of scrubbing the rough edges off, and a press of a button shifts the view from the updated lighting to the original’s simplified look to show just how poorly the original’s technology has aged. Removing the technical limitations of the time while retaining the art, geometry, and pixel-work, the full 3D rendering makes this one of the best presentations the title’s ever had, and re-recorded voicework means that John St. John’s vocals for Duke have never sounded gravellier, for better or worse.

an extended weed joke through Amsterdam

Essentially, this is the best version yet of an exceedingly dumb game, like a remastered Blu-Ray edition of a Mystery Science Theater 3000 film. The full 3D rendering of the levels—ironically, for a game with 3D in the title, 3D Realms used something of a “2.5D” system to account for vertical movement—allows you to enjoy the spectacle in all angles, rather than feel hampered by distracting visual artifacts. (To get a sense of what I’m talking about, turn off the updated visuals and look up and down.) 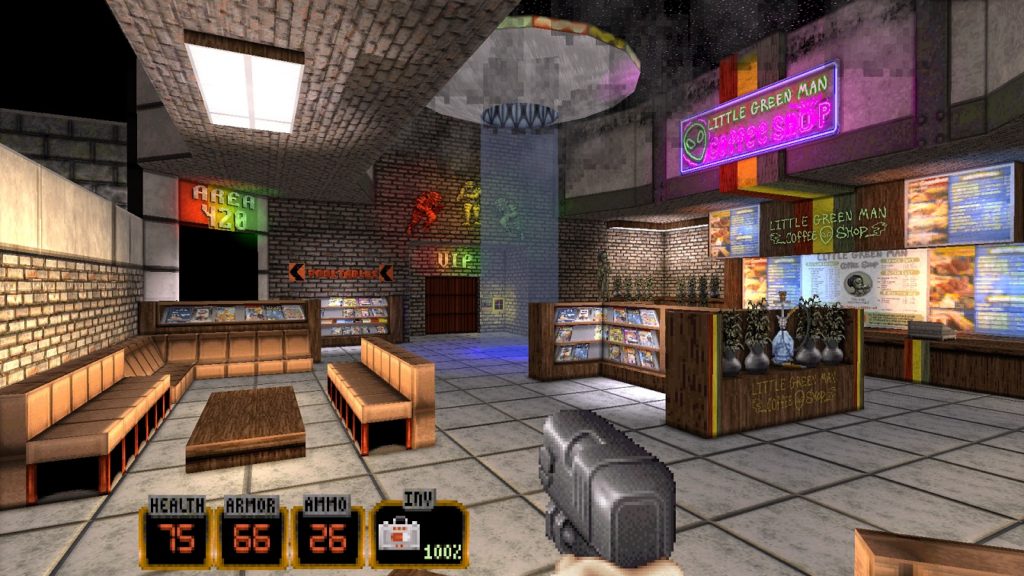 In case you were on the edge of your seat about the fifth episode’s plot implications to Duke Nukem 3D’s Los Angeles-centric storyline: unfortunately, the rest of the world has fallen to the same alien invasion that wracked California during the original campaign. Hopscotching around major world cities, Duke kicks ass, chews bubblegum, and generally destroys anything in his path in London, Moscow, and more. Naturally, the first level of the new episode is an extended weed joke through Amsterdam.

Blasting through each city brings to mind why Duke Nukem 3D felt so notable back in its time—rather than Doom’s (1993) exciting yet abstract level designs, Duke gets to mow down aliens in football stadiums, high-rise apartments, and trashy theaters. You’re able to get a sense of where they are in space, making the levels themselves just as memorable as Duke’s one-liners. Designer Richard “Levelord®” Gray (yes, there is a ® in his nickname) even made a point to include his Moscow apartment in the new level through Russia.

It wouldn’t be a Duke Nukem release without some form of controversy, though World Tour’s particularly tame scandal shows Duke might be mellowing a bit in his old age. Rather than reigniting some brand of moral panic, Gearbox has riled the fanbase by being too conservative with World Tour. As with nearly any popular PC game of the era, there was a flood of bargain-bin add-ons, mods, and additional bits of Nukem-flavored flotsam and jetsam that were available to bolt onto the original game. While most of the semi-official content was collected in previous releases of the game (which have since been pulled from digital marketplaces), nearly all of it has been excised for World Tour’s more streamlined, straightforward package. What we’re left with is a polished rehash that should stand as a suitable release of a notorious FPS for at least another decade—until the next re-release, that is. 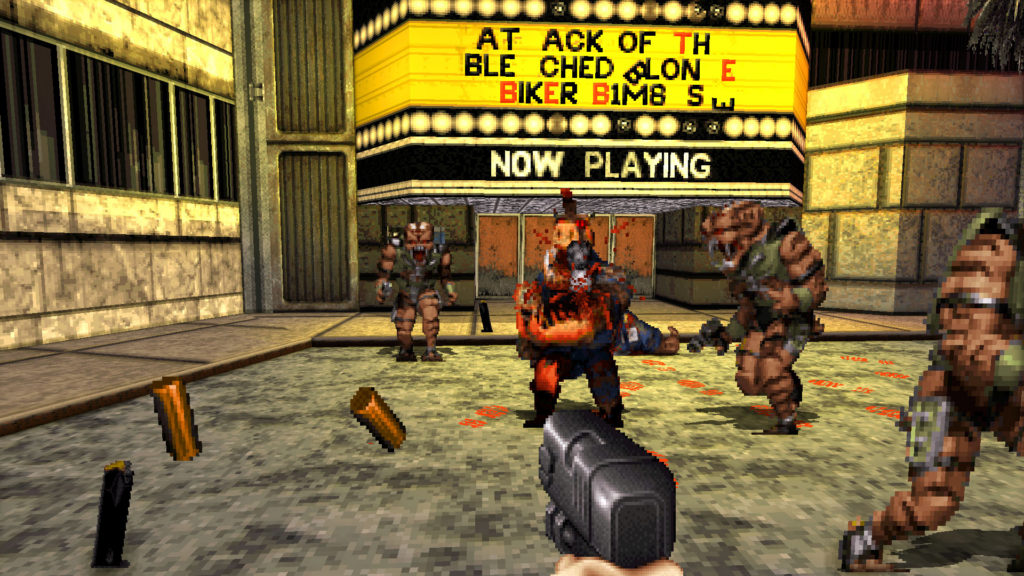 Considering that Duke’s original sidescrolling DOS adventures have been all but forgotten, and Duke Nukem Forever’s harrowing 15-year-long development cycle resulted in possibly the nadir of the medium as a whole, maybe this release should serve as both a victory lap and tombstone for ole Duke. We don’t need more from him, and while there’s still some tawdry amusement to be had in those classless one-liners, he is best left to the pile of childhood obsessions. There’s a reason I stopped writing poetry after junior high, and I’m certainly in no hurry to read any of it aloud.