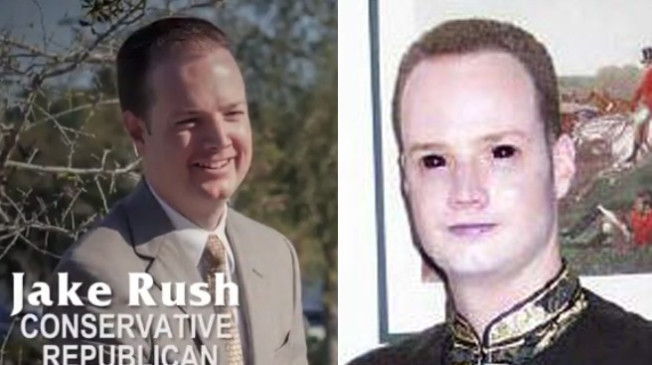 Among the qualities I look for in a candidate, live action role-playing as a vampire straight out of a White Wolf game doesn’t make the list. But maybe it should. On second thought, it probably shouldn’t. But that’s the hobby of a conservative GOP candidate in Florida. Jake Rush’s political opposition has dug up some dirt about his LARPing history, when he ran with a group called Covenant of the Poisoned Absinthe, who hosts games such as Vampire: The Masquerade.

Yes, this is another prominent example of games being treated as something to be embarrassed of. No one should have to face scorn for the simple act of playing. On the other hand: it’s obviously also pretty funny that a conservative candidate in a conservative state pretends to be Chazz Darling, a.k.a. Staas van der Winst, when he’s not on the stump. (He’s also been accused of writing some really heinous shit while “in character.”)

In his response to the smearing, he makes the case that “there is nothing wrong with being a gamer. It’s kinda nerdy.” Still, videogames are a level removed in acceptability from LARPing. We find it endearing when Frank Underwood boots up God of War in House of Cards, or when a Maine senator plays War of Warcraft, or when a US diplomat is warmly remembered by his comrades in EVE. But public opinion still draws the line at LARPing.