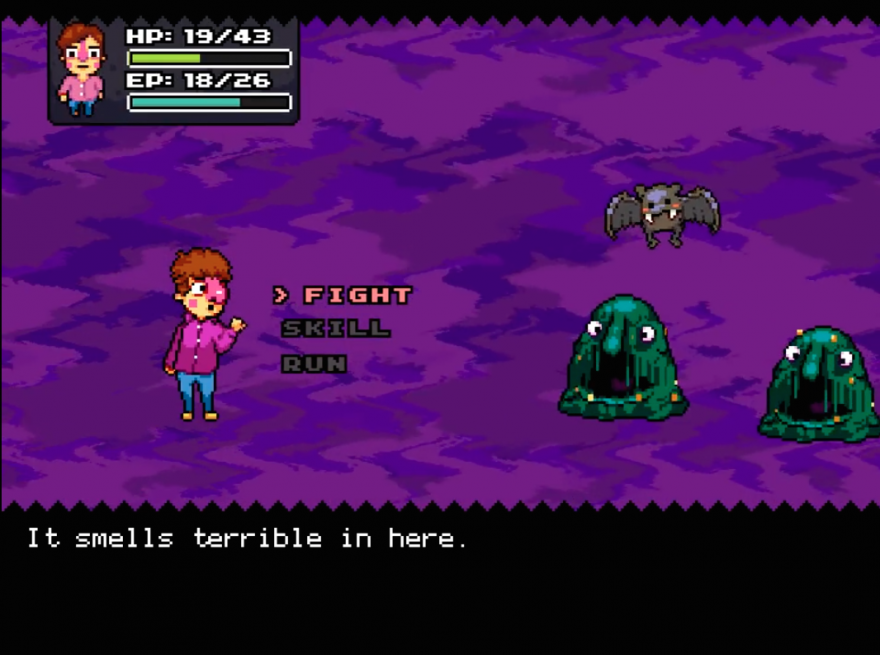 A shitty job is a rite of passage. You move away from home, maybe go to college, and get a lame job to pay all those pesky bills and rent. Juggling the taxing reality of ten-page essays and “clopening shifts” (in which you work a closing and opening shift… in a row) becomes second nature. Your colleagues often become the confidants you so desperately need, the voids for bemoaning the woes of being a young, broke, and most of all bored adult.

Such is the theme of Knuckle Sandwich, the latest in a recent slew of quirky JRPG-inspired games, this time developed by Australian developer Andrew Brophy. In Knuckle Sandwich, the mundanity of everyday life within the RPG is the Persona-esque twist to set it apart. In a new trailer, the unassuming protagonist’s co-workers—and potential adventure companions—are introduced in full force. There’s the raven-haired and talkative Echo, rosy-cheeked Thea, and the awkward bespectacled lone boy of the trio: Dolus. All three equipped with showing the new kid around town, and reassuring his insecurities of finding things to do, even if he’s stuck in a dead end job.

With moving to a new to city and passing time with a mundane job at a rundown diner, life in the aptly named Bright City can seem, well, not so bright. To add to it, Bright City is the recent host to numerous dark horrors: people are going missing, eerie cults potentially behind it, and here is the new citizen, stuck right in the middle of it, whether he likes it or not.

With the introduction to more characters, Knuckle Sandwich’s latest trailer also shows a bit more of what players can expect. As the player traverses the colorful environments of Bright City (boasted as “hella pleasant” by Brophy himself), soundtracked to the delightful Super Nintendo-inspired score by composer Gyms. From its puppy-less Puppy Shops to its indiscernible dialogue (think Okami meets Simlish) and psychedelic-visualized turn-based battles, Knuckle Sandwich is a personality-driven RPG, with autobiographical qualities to boot. Recently greenlit on Steam this past autumn, the game is still without an official release date.