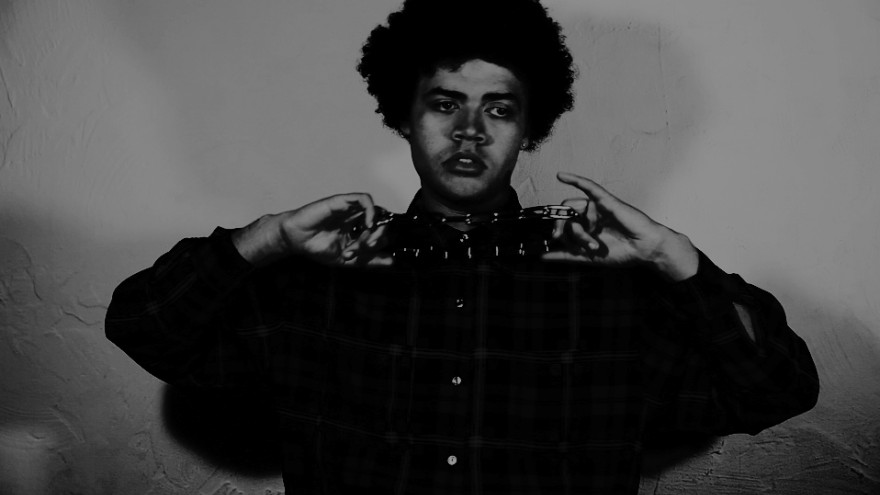 On his new album NYC HELL 3:00 AM, James Ferraro has delicately entangled his electronic music with the slick, after-hours reverb of R&B. (Stream it via Pitchfork Advance here.) This is a departure, but not that surprising. As an experimental artist brave enough to sample the Windows 95 startup chime, his work not only dovetails genres, but music and technology. He sees connections to the uncanny valley. He’s inspired by Pixar. He finds communion with Rockstar, the makers of the Grand Theft Auto series. We talked to him from Los Angeles, where he was about to begin touring.

James Ferraro: I actually got my test pressings for NYC HELL on the day that GTA came out. I was listening to them on headphones while watching a friend play this videogame. It was interesting listening to it against the visuals. They had a conversation.

What about GTA stands out, exactly?

GTA is a really interesting game. I’ve been tripping on it. One of the things that I’ve noticed is that, as games approach graphical realism, they need to employ methods to take our attention away from that realism. They’re loaded with all these features and distractions that take away from the uncanny valley effect. GTA is a triumph of that. It’s really good at distracting you from the uncanniness—at exploiting those really insane entertainment factors.

Is that something you find yourself doing with your records? Do you feel the need to avert attention from the uncanniness of experimental electronic music?

When I did Far Side Virtual, that was definitely a huge part of what inspired me. I wanted it to have a hyperreal gloss. I wanted to reference the hidden uncanniness of something like Pixar. With Pixar, it seems like they’re aware of the uncanny valley factor, so they pad it by making things a little bit more cartoony. They ride the edge of it. I wanted Far Side Virtual to have that same aesthetic, where it has a cartoon facade, but also to speak to the sinister nature of the uncanniness in the world.

As games approach graphical realism, they need to employ methods to take our attention away from that realism.

Now that you mention it, you really can see the exaggerated style everywhere, which as you say is meant to take people’s minds off the fact that they’re doing all this digital stuff. To me, it brings to mind the happy art style of Facebook games.

You see it in Google ads too. They have a sort of fake customer service, human-to-human contact thing. It adds some padding to this otherwise really harsh realization that we’re interacting with a lot of lifeless things.

For this record I just started writing everything down. I started from a lyrical standpoint. I just sort of captured things. In the end, the record became an urban excavation, capturing the digital isolation and a loneliness of urban living.

You sing on the album, but you also utilize a speech synthesis voice. Why did you use such a jarring sound between songs?

I wanted to reference these things that dictate the way society is ran but that ultimately have a detached feeling about them, like using ATM machines. At the beginning of the record, the voice repeats the word “Money.” I wanted it to ring out in a repetitive way to the point of becoming hyper-present. I get that feeling from being in an urban environment. A lot of things are hyper-present, but something is lacking. You don’t have much of a connection with them.

It pulls back and reveals society as this brainless activity that’s based on instincts.

Do you find that the disconnected nature of big cities carries over to games about exploring them, like GTA?

That’s the interesting thing. GTA’s loaded with so many different features. There’s all the radio stations. There’s this very human element—something connected to the real world that undermines its uncanniness.

What about when you were listening to NYC HELL alongside the game?

With headphones on, some of that padding is taken away. The game started to mirror the idea that I had for the record, about what hell is. To me, NYC HELL is a psychological state that could exist in any situation. I was able to see it in this simulated computer world. You start to see that GTA captures a weird simulacrum—these algorithmic movements of people. It pulls back and reveals society as this brainless activity that’s based on instincts. After I watched the game being played, I went outside and was on the freeway and was definitely having images of Los Santos in my head.