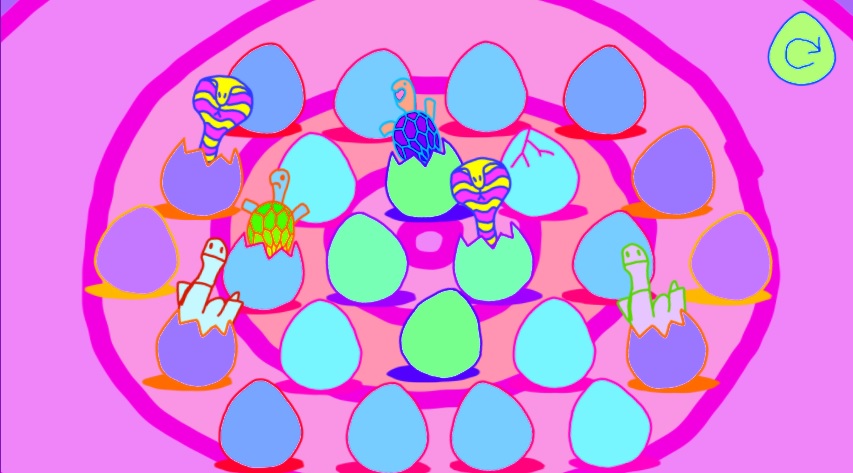 One of the barriers to playing games on PC is the keyboard. There are too many keys, too many functions to learn, and you have to train your fingers to find new muscles that curl and stretch.

I remember the awkward pain of trying to get my pinky to hit the the lower left Ctrl and Shift buttons on my keyboard as a kid while trying to play Deus Ex. I had a similar problem when trying to learn bass guitar a few years later, resorting to nearly splitting the soft skin in the pits between my fingers when stretching them across the desk so I could play a particularly dexterously-testing chord.

As with learning a musical instrument, becoming one with the keyboard takes time and practice. You steadily teach your fingers to rest at certain angles, and to automatically divide the keyboard into small pockets: WASD, the arrow keys, or the more unusual ASDJKL. Before this happens, the keyboard is as absurd-looking as those hollow cabinets in every sci-fi film of the 1960s, operated vigorously by a keen extra who makes a game out of hitting flashing LEDs that chime with weird beeps and do absolutely nothing.

The point is that keyboards aren’t particularly accessible when it comes to playing games on them, and that’s a shame as there are so many wonderful computer games those too intimidated to try are missing out on. My other point is that sometimes operating a keyboard is too much work, especially when exhausted, so when I reach this state late into the night, I track down mouse-only games to entertain the last bit of energy whirling around in my brain.

These mouse-only games allow for casual, one-handed playfulness that doesn’t require too much attention. They’re beautiful for this reason, allowing for almost effortless toying and curiousity. Below are three mouse-only games I’ve found recently, and that are worth trying out if you’re new to playing games on PC, or if it’s 1am and your brain is shutting down but you still want something to poke around in a virtual space.

This is an interactive music video for the song Animal Ratio by Celestial Shore. Using your mouse, you can emit pulses of an invisible force inside the space where the band jams out their jumpy, alternative rock.

You can adjust the power and ratio of the force that’s emitted with the sliders. So you can let out tiny burps that knock paper cups and vinyl records off the table, or a huge body-flinging pound that quickly turns everything to chaos while the band continues to play.

This is easily the most delightful memory-matching game I’ve played recently, and perhaps ever. Rather than giving you a brief visual reference with which to match the cute creatures inside the eggs—as with most games of this type—you’re given a strange sound.

It might be a snake’s chinky rattle, a diplodocus belly rumble, or a synthy appropriation of a frog’s ribbit. There’s a lot to love here, and a lot of love to hear, from the way the animals sway when hatched from their eggs, to the hypnotic whirlpool in the background putting you into a brightly colored trance. 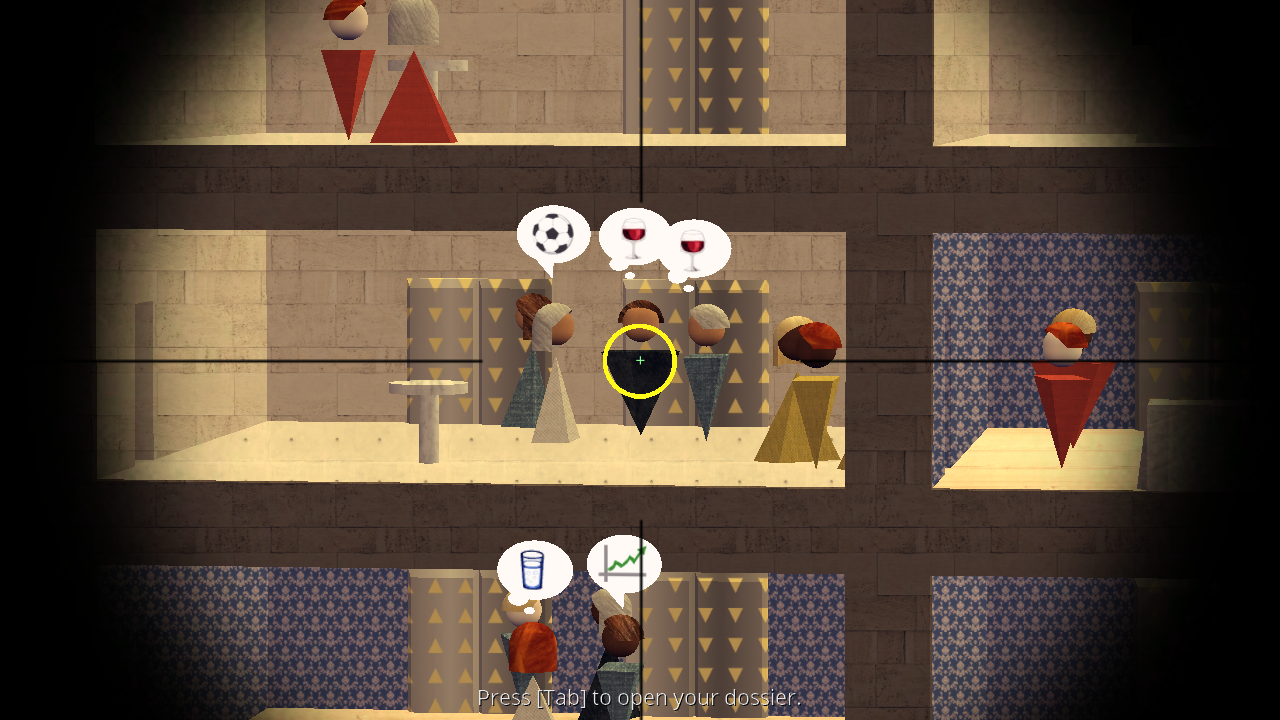 You may or may not be familiar with Spy Party. It’s a game of espionage played by two people. One person is a spy trying to remain undetected at a cocktail party while completing small missions. While another is a sniper trying to kill that person, looking for signs of human fumbling among the AI-controlled party-goers to direct their bullet at.

This is a single-player take on that. You play the sniper, and have to scan the many windows of a large building that plays host to a party. You’re given a full description of the person you need to protect, but know only a couple of the distinctive features of the person you need to kill. Your task is to eliminate your target before they assassinate your client. You have one shot.

(OK, so you have to press Tab as well, but you can handle a single, occasional button press, right?)