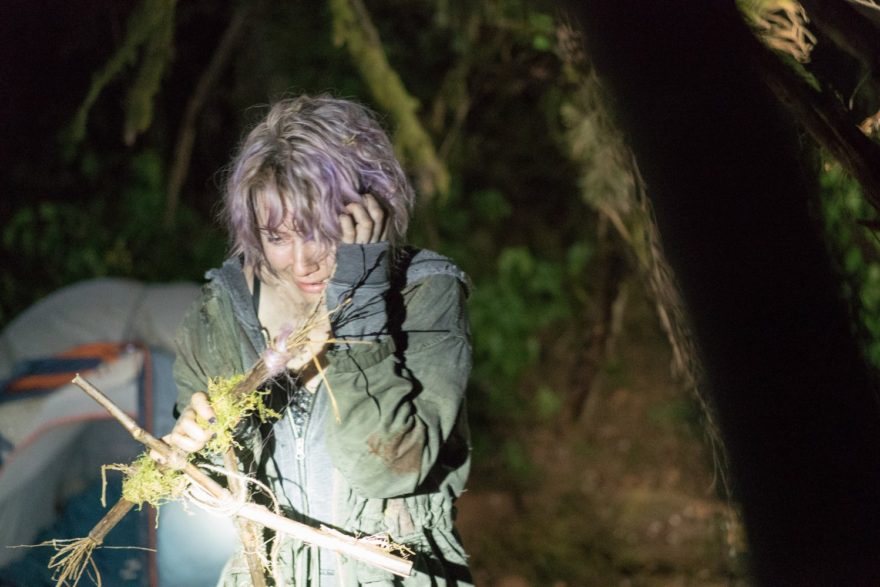 The Blair Witch is back, and—this time—she’s coming for your drones. That pretty much sums up the new Blair Witch sequel from series-fresh director Adam Wingard and writer Simon Barrett. It wears the skin of the witch we know and love from the seminal 1999 found-footage film, from creepy twine stick figures to stone cairns. But set in 2014, and targeted at a 2016 millennial audience, it features YouTube videos rather than VHS tapes, high-waisted pants rather than grunge sweaters, and GoPros rather than grainy night vision.

I wanted—no, I tried—to like Blair Witch. To me, the backlash over the original’s morally questionable marketing tactics (and culpability for things like the Paranormal Activity machine) doesn’t diminish its contribution to the horror genre. At the end of the day, whether you love or hate The Blair Witch Project as a phenomenon, it was nothing more than a good old ghost story. Maybe even a great one. Creating an intangible, yet pervasive and palpable force of a boogie(wo)man, it delivered what all horror audiences crave: a myth to fear.

it delivered what all horror audiences crave: a myth to fear

The marketing that sold the improvisational found footage style as legitimate only heightened the film’s best quality, which was that voyeuristic sense of watching something you shouldn’t be. And, having been created by amateur filmmakers exploring an untapped storytelling idea with a $60,000 budget, The Blair Witch Project really was a movie that, by Hollywood standards, should never have seen the light of day. But, boy, did it ever. It saw so much light that it practically broke Hollywood.

With a $5 million budget—not to mention dialogue and actors so focus-tested that you’re pretty sure Lionsgate crafted them in cryogenic tanks—Blair Witch fundamentally lacks that sense of the forbidden. It’s a classic Hollywood-has-no-idea-what-human-people-are-like move. Almost 20 years ago, a cult following sprung up around a low-budget indie horror flick that only worked because it was devoid of what made Hollywood horror so predictable: CGI, glossiness, and jump scares. In response, Hollywood has remixed it into a branded, multimillion dollar funhouse filled with CGI, glossiness, and jump scares. Save your sarcastic applause. 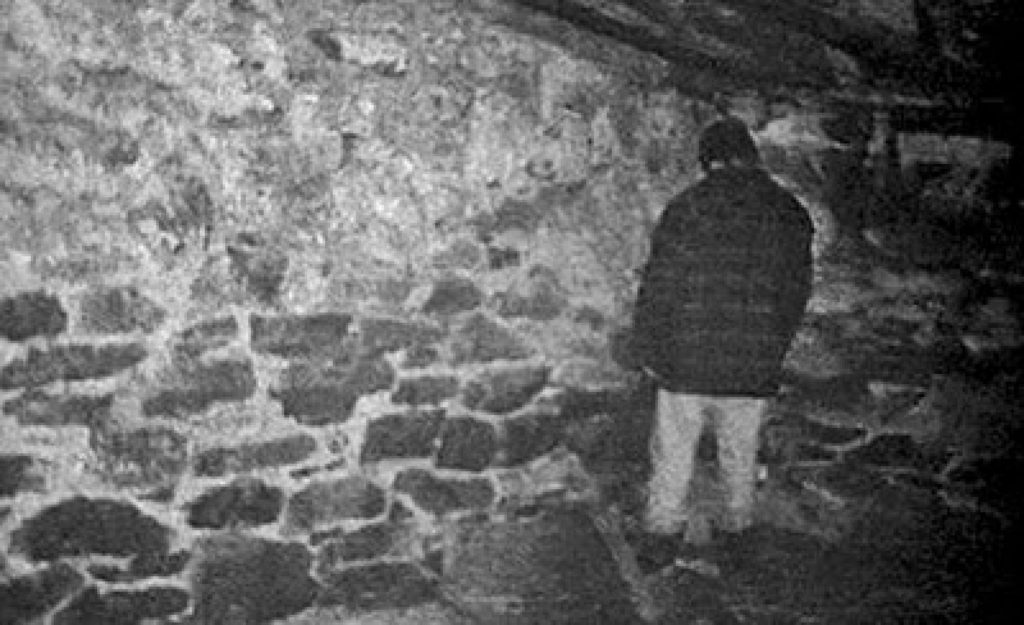 Aside from the stink of too much money, Blair Witch also stinks of executives vying for millennial attention with a hodgepodge of internet culture. The story begins with James, the brother of a victim from the original movie (Heather), watching a newly uploaded YouTube video that leads him to believe his sister might still be alive. Seemingly bankrolled by Lionsgate itself, the new “amateur filmmaker” capturing James’s ill-fated search comes replete with earpiece cameras, GPS, and drone functionality (to help them navigate the woods in case they get lost *wink* *wink* *wink* *wink*). Later, when shit hits the fan in Black Hills forest, we see glimpses of the witch herself, effectively destroying her intangible pervasiveness from the original just so you can catch a few shots of a long-limbed, Slender Man-esque figure.

People like to look down on The Blair Witch Project and found footage films for relying on “cheap tricks” like shaky cams. But the need to be economical with both budget and visual effects, often leads found footage’s monsters to be closer to the myths and legends of the past: those archetypal fears with vague but familiar shapes. More often than not, they are witches, demons, ghosts; monsters best left up to the imagination, and who we’ve been imagining since human beings told their first stories. The monsters of found footage film, in most cases, should be left unseen, and instead felt through their absence and unknowability (with the incredible grotesqueries of 2007’s REC serving as the exception to the rule.)

she becomes some old, Dobby-looking lady shifting around trees

The original Paranormal Activity understood this, and had its terrors lift bed sheets invisibly, and drag humans down hallways by their feet in absolute silence. The monsters of found footage films leave wooden stick figures behind as you sleep and keep your friends motionless in the corner of a room while they murder you. By giving the Blair Witch a (stupid, uninventive, almost comedic) form, the new filmmakers not only made her look less frightening, they also gave her the boundaries of a corporeal body. Instead of an omnipresent force, she becomes some old, Dobby-looking lady shifting around trees, trying to regain some of her power by scampering out of view.

The Blair Witch Project catapulted into a phenomenon because of the things it didn’t tell us. It didn’t tell us why the Blair Witch kept her victims in corners, it just left you to realize that every corner in the final house was covered in the tiny bloody handprints of children. It didn’t even tell its actors to act scared, it just left them to camp for seven days in the woods, giving them fewer and fewer food rations in between, only to terrorize them throughout the night. Hell, it was a movie that, conveniently, didn’t even tell the audience it was fictional (which, again, a questionable tactic, but undeniably effective). The Blair Witch Project told its story with so much restraint that some fans became obsessed with finding clues and easter eggs that weren’t even there. It did the job of any good scary story: it made you see ghosts everywhere.

Don’t get me wrong, there are a few choice moments and qualities that show the stifled potential of Blair Witch‘s director and screenwriter, who proved their proficiency for intelligent, well-executed horror camp with The Guest (2014) and You’re Next (2013). But you’ll notice that I spent very little time actually describing Blair Witch’s plot. That’s because I searched far and wide and found nothing to report. So many threads begin only to peter out to the sound of a single tree falling in the woods with no one around to hear it. Early on, a character gets infected by an Alien-looking parasite swimming under her skin like a gully fish—only to unceremoniously be ripped out of her leg with little fanfare or consequence half an hour later. The drone which, at first seems to promise the advent of aerial shots showcasing the witch’s terror, quickly gets stuck inside a tree before it can do anything but annoy you for existing. All in all, I can’t say I left Blair Witch knowing what the hell filled up those 90 minutes apart from gratuitously unearned jump scares and the torture of six very good looking youths.

Ignoring just about everything that made the original an irritatingly irresistible hit, Blair Witch blundered into the world’s mythology with the subtlety of a sledge hammer—or rather, the sound of a drone angrily tearing through a forest.