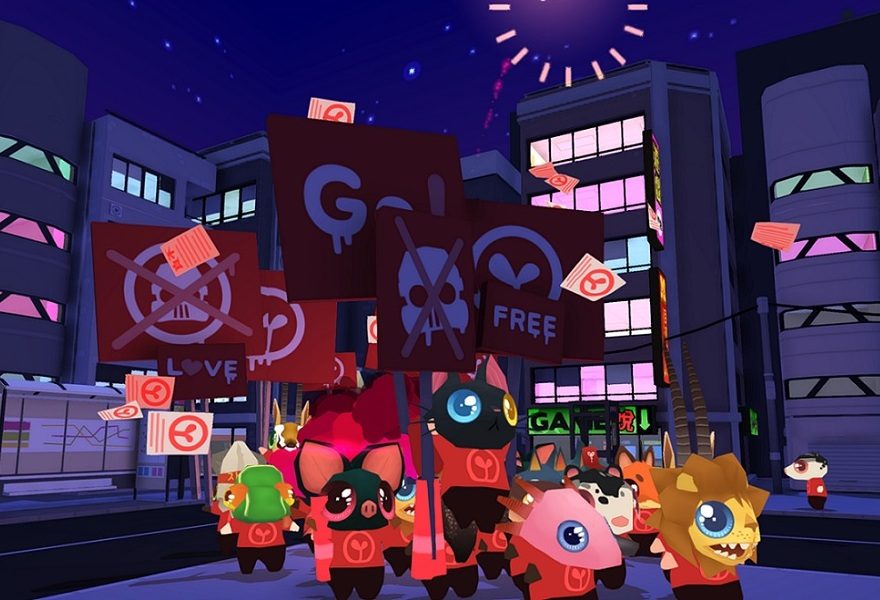 State of Emergency (2002) seemed real dumb even to a 14-year-old kid reading its EGM cover story. A chaser to Rockstar’s monumental Grand Theft Auto III (2001), State of Emergency wanted to carry on the torch, but only for Grand Theft Auto’s chaos and edginess. It was a Crazy Taxi (1999) for rioting where you’d play as thugged-out agents of mayhem, torching bystanders, smashing property, and maiming mall cops into pools of blood and floor tiles.

According to David Kushner’s book on Rockstar, Jacked (2012), a reporter from the Tacoma News Tribune called up Rockstar’s PR in May of 2001 to ask if the game was intentionally reminiscent of the Battle of Seattle—an anti-globalization protest only a few years prior in 1999. It was considered to be one of the largest American protests of its time. Drawing tens of thousands of demonstrators, it boiled over into a clash with intensified security, jailing hundreds of people, leaving millions in damages and the resignation of Seattle’s police chief Norm Stamper. Not meditating too much on the question, according to Kushner, Rockstar’s PR bounced a quick answer back to the Tribune reporter. “Yeah,” they said, “it probably does look like that.”

Controversy over sex and violence worked in Grand Theft Auto’s favor, but any comparison to real-world events did not fare well with State of Emergency. After other outlets ran with the open window that the game maybe sorta intentionally evoked the protests in Seattle, Rockstar found themselves backtracking their controversy. Sex sells, but you can’t sell anything if major retailers refuse to carry your “anarchy training” game. They discovered, much earlier than others, that as dumb as you may want to present your game and as much fun as property destruction is in a virtual setting (there are six monotonous Rampage games on more than a dozen platforms), it’s very difficult to divorce even the most reduced act of rioting from their history. 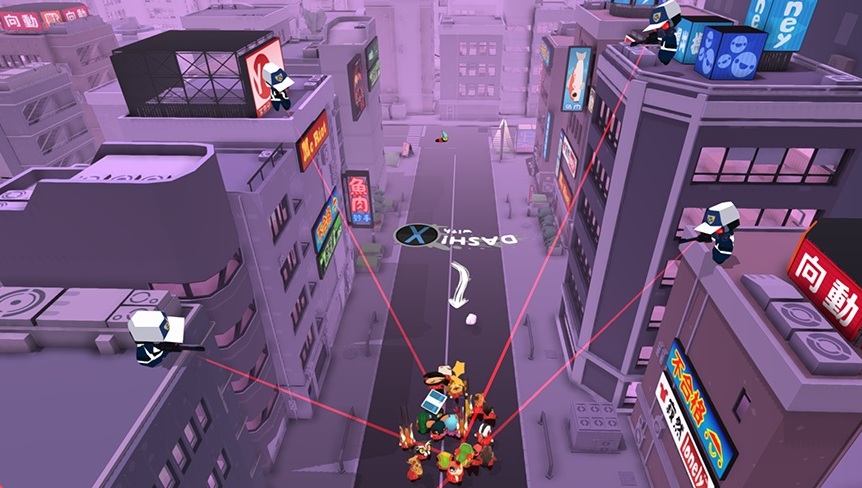 Anarcute is an exercise to see just how much distance from contention is possible. A game about property destruction, cop killing, and corgis, it—needless to say—hasn’t found itself with the most tactful launch window in videogame history.

The world of Anarcute is being invaded by an un-cute force. Authoritarian, gas masked, and similar to reality’s increasingly Jin-Roh’d police, these tiny tyrants are imprisoning animal buddies in ACME steel cages while occupying Tokyo, Paris, and other iconic metropoli. You start with a small, red-shirted crew before growing your revolution, freeing new revellers from their entrapment or just waking them up as they day dream in the alleys with big Zs above their sleepy lil’ heads. You win the world back, borough by borough, smashing the authority off the map.

As you grow, you gain more abilities, stomping the ground with a unified richter, lobbing whole cars and trucks at police barriers and even toppling over entire buildings to smoosh forces on the other side. There are traps, obstacles, and bosses. Engaging with enemies one-on-one is a moment of mitigation, as even the most basic foes will likely off some of your party. The controls feel a little fudgy, and watching my movement bleed doesn’t always feel justified to my actions. Typical.

the patronizing vibe of merely evoking the act of unpeaceful protest

It’s novel, colorful, and simple. If State of Emergency was the rioting answer to Crazy Taxi, then Anarcute is the rioting answer to Katamari Damacy (2004). But just like State of Emergency isn’t as captivating as a game about reckless driving to an Offspring song— Anarcute feels too basic to maintain momentum. Similar to Occupies before it, it starts to feel old, the point feels more distant, and you begin to wonder if the only reason you’ve kept at it is the catchy name. And that’s all an aside to just how itchy a game about glossy googly eyes on revolt is in general.

I have a tradition of reviewing games with impeccable timing. And so, here I am, writing a review of a genuinely mediocre game with schoolyard chanting and bunny wunnies holding up teeny tiny protest signs while a violent coup happens over in Turkey. We are, of course, also amid a tragically recaptivated response to lethal police violence on black Americans, and frustrating attacks on police officers by veterans—disillusioned men failed on two fronts. Games, especially the ones that aim to be cute, aspire to live in a different world, but you’re going to play them in the single one that you live in. 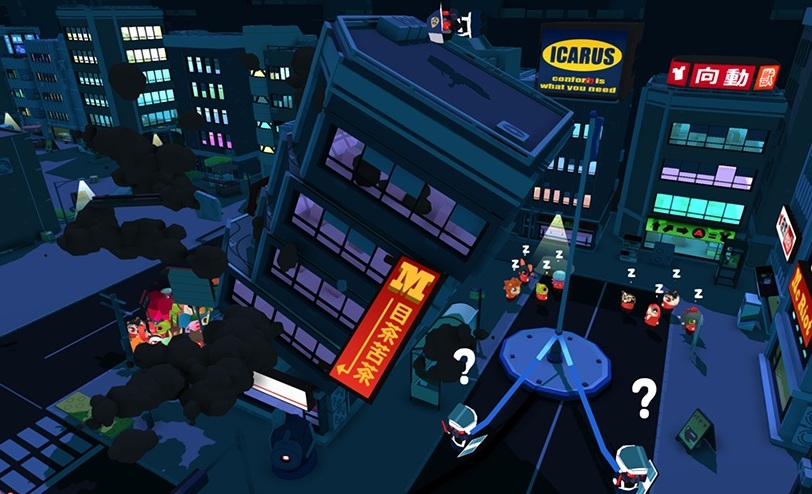 When I spoke to the team behind Splinter Cell: Blacklist (2013) about having a Benghazi level, they explained that when you make a game with a year-spanning development cycle set in international hotspots for espionage, odds are something bad is going to happen in at least one of them. This is a fair response. I might not have the answer for the patronizing vibe of merely evoking the act of unpeaceful protest in a game, but my gut is rumbly. I am fully aware that the creators of Anarcute had no bad intentions, just bad timing. And that sucks. Still, it riffs on the notion of protest turned riots in visual ways that don’t end up fun enough to leave a smile on my face.

RIOT, a long-dormant game that does explicitly seek to recreate international incidents in the same way Star Wars Battlefront wants to take you to fucking Endor or something, may come off as even more knuckleheaded than the game where puppies and kitties topple the state, but I’m willing to be proven wrong. Many games, largely, want to create mayhem where messages may also occur, while protests, largely, want to create messages where mayhem may also occur. Anarcute wants an adorable inferno. The joke is that the destruction is big but the perps are cutie wuties. But I don’t know if I have the planet to play it on.