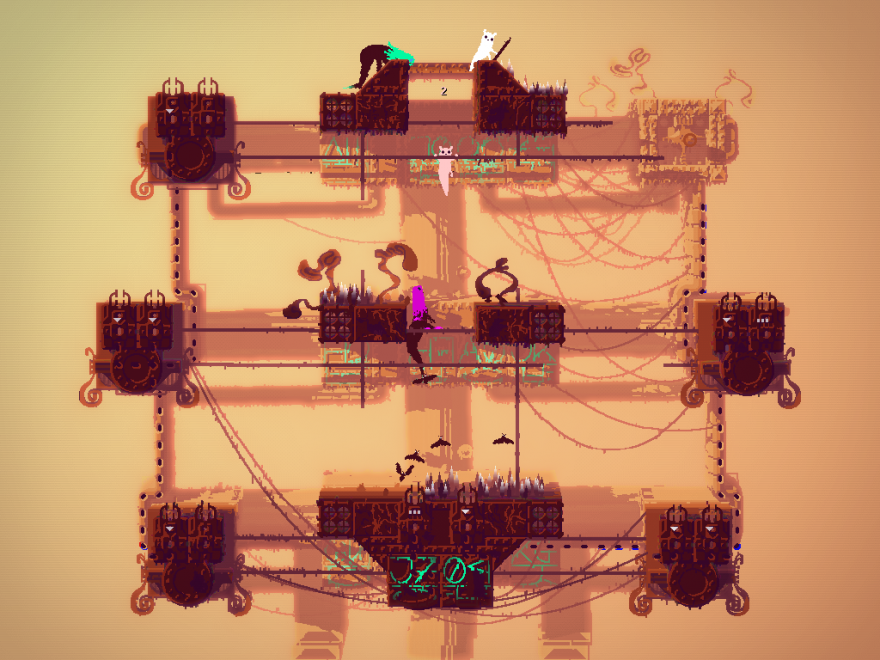 Rain World is part of an explosion over the past few years of games that express, through their pixel art, a very personal sort of fantasy. Along with Hyper Light Drifter, Witchmarsh, The Deer God, and Titan Souls, it sees pixel art not as cute but as ready for subversion, and an excuse to lavishly animate the living shit out of all on-screen characters.

In the meantime, the game’s designers have unleashed a flood of new .gifs of the game, documenting its development. Most notably, we have bats.

Lots and lots of bats.

The update talks a lot about the game’s transition out of Game Maker, which leads to more lovely, fluid animations. Like this’n:

The update also goes on to document a bunch of behavioral and level design progress they’ve made. One thing all of the games I listed up top have in common is that they’re not released yet, so where this explosion goes remains to be seen. The revolution, at the very least, will be .giffed. You can check the rest of them out here.