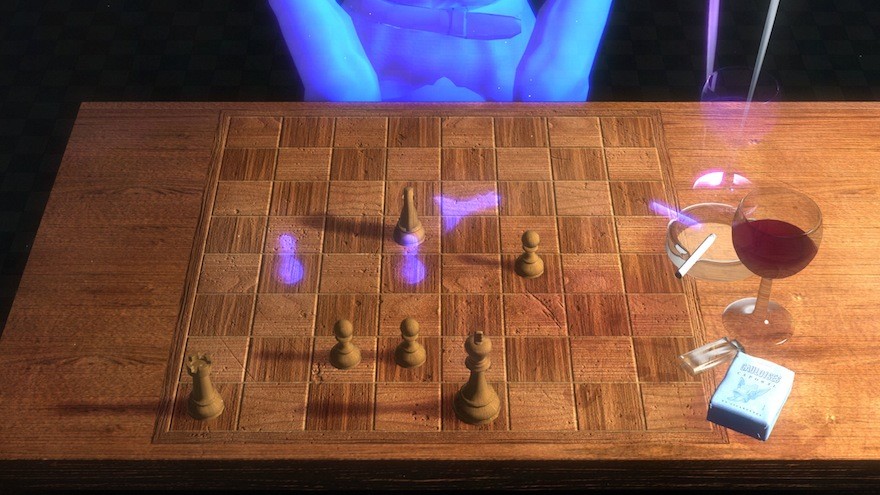 Interviews with the Belgian art game collective Tale of Tales are always a wild ride, which is what you’d expect from the makers of Luxuria Superbia (a tube racer about racing down the fallopian tubes) and Bientôt l’été. But this interview with Michael Samyn and Auriea Harvey by our pals over at Game Church is perhaps the wildest. Being a site that looks at games through a Christian lens, they regularly run a series where they ask game designers about their faith. Lesson learned: only ask these guys about their faith if you’re prepared for some seriously deep shit.

Right off the bat, we get into these high concepts:

Michaël Samyn: I think one of the core beliefs that I think Auriea and I share is that everything exists; nothing is impossible. There’s a certain group of people that thinks there is an ultimate explanation for everything. We actually prefer not to because mystery is so much more interesting.

Auriea Harvey: Or the impossibility of knowing everything is what intrigues us. It’s not so much that we deny truth, it’s that we don’t want to pin down the world to a single truth. All things can be possible.

And, later on, this quote, which might be the best way to describe a game space ever.

I mean, we’ve always said that games are more like cathedrals than they are like movies. It’s a narrative environment, an environment that immerses you in a story, in a time. It’s a time machine. It’s made over hundreds of years. I mean, I have a lot of respect for this process that it’s been through.

The whole interview sounds like one of those dreamy, directionless, quasi-philosophical conversations one has while lying in bed with their partner on a morning after great sex. That, or an acid trip.

Be sure to check out the whole thing at Game Church.