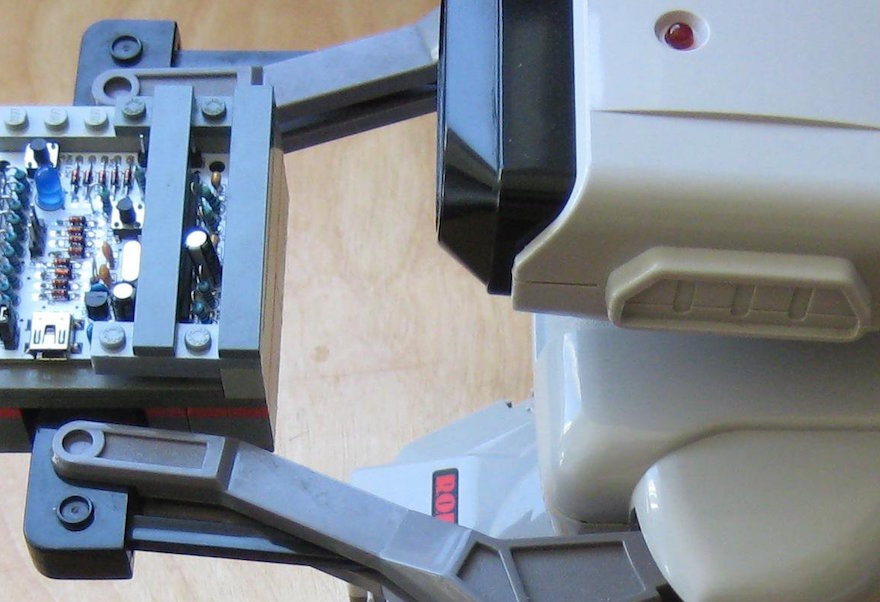 This year’s Awesome Games Done Quick charity event started on Sunday, and one team has already used a bot to put Twitch into Pokémon Red, and Super Mario Bros. into Super Mario World.

Usually, a Tool-Assisted Speedrun can only be accomplished with an emulator—the button-presses have to be frame-perfect, and at 30 or 60 frames a second, that’s way too fast for regular humans. The TASBot—mounted on an R.O.B. unit, of course—is a modified Super Nintendo controller designed for accomplishing Tool-Assisted Speedruns in the real world. The bot is attached to a computer, and inputs a list of pre-written button-presses with the necessary timing.

These two hacks work by breaking into the games’ raw data and re-writing it, giving the player total control. The Super Mario World hack covers the screen in projectiles, the types and positions of which are used to rewrite the game’s internal code. Last year, the team showed off a hack that let them play Pong inside Mario, but this time, well … take a look:

The Pokémon Red hack works because the game resets its memory at some point during a save, and if the game is turned off at the exact right moment during that reset, the hack can take advantage of a memory overflow that makes the game think the player has 255 pokémon and 255 items, their values made up of the game’s data. The hack can then re-write them with normal button presses, and turn them into the data necessary to run a Python script off of the computer (here a Macbook) that’s giving the TASBot its instructions, at which point, the crowd goes wild:

AGDQ lasts from January 4th to 10th and is broadcast on Twitch here.