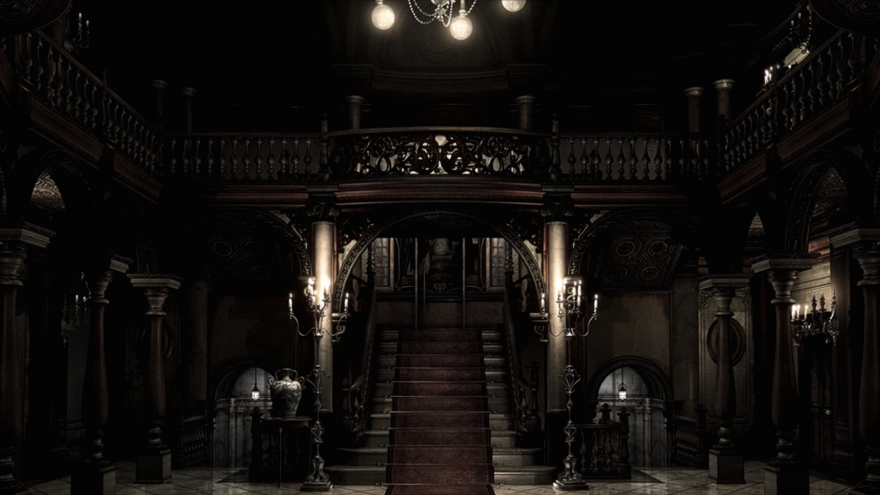 Slashers, monster movies, supernatural, psychological, and all the subcategories inbetween—there are only so many ideas when it comes to conventional genre horror. A neat piece over at Azure Magazine took to analyzing common patterns in the architecture of horror specifically: the familiar spaces where scary movies are often set. Archi-types, as author David Dick-Agnew calls them.

The original list examines what settings like The Old Mansion on a Hill or The Research Station reveal about common fears. It turns out the pattern Dick-Agnew nails down can be applied to videogames too, though some places lend themselves more easily to the medium than others. Because of the longer nature of games, you tend to see more than one of these places turn up in a single title too, though there are certainly games that revolve around a single space.

When it comes to living spaces, the author lists several variants: The Old Mansion on a Hill, The Modernist House, The Getaway, The High-Rise, The Hotel, The Cabin in the Woods, and The Flat.

The Suburbs, another archi-type on the list, has more to say about the lifestyle attached to a space, similar to The High-Rise, but it would be the entry to encapsulate homes like the one seen in P.T. and Allison Road and maybe even all of Silent Hill. Harvester also comes to mind. The more that I think about it, the more I realize how unexplored non-supernatural suburban gothic (think Blue Velvet) is in videogames. That needs to change!

Some of these entries are easy to fill out. The Old Mansion on a Hill is occupied by games like The 7th Guest, the first Resident Evil, the original Alone in the Dark, Scratches, Clock Tower, and Amnesia: The Dark Descent. Of course, Amnesia was set in a castle and Resident Evil’s Spencer Estate was in a forest, not on a hill, but the trope is generally meant to refer to creepy old (and big) houses shrouded in an air of mystery. “Sprawling, decrepit estates where intrigue lurks around every corner,” explains Dick-Agnew. “Here lies the archetype’s appeal: being both old and large, these mansions hide many secrets, and secrets are ideal fodder for Gothic horror.”

The Cabin in the Woods actually got a pretty good entry just recently in the form of Until Dawn, but there are other notable ones like Lakeview Cabin. Slender may even fit into the category: the home at the start is located deep in the woods, and you spend the majority of your time roaming around outside. Alan Wake features plenty of cabins and woods, too.

Things get tough with the leftovers: The Getaway, The High-Rise, The Hotel, The Modernist House, and The Flat. The Friday the 13th game will certainly fill in for The Getaway, which represents an idyllic vacation spot, but that seems like cheating. Lone Survivor is one of the few games that comes to mind for games set entirely in an apartment. The lack of existing games for these archi-types, at least in recent years, prove there aren’t that many games about scary things happening to ordinary people, at least that operate outside the boundaries of conventional genre fiction, which is a shame. Show me the Repulsion of videogames.

Don’t forget to check out the original article about architecture in horror films from Azure Magazine, including part 2.