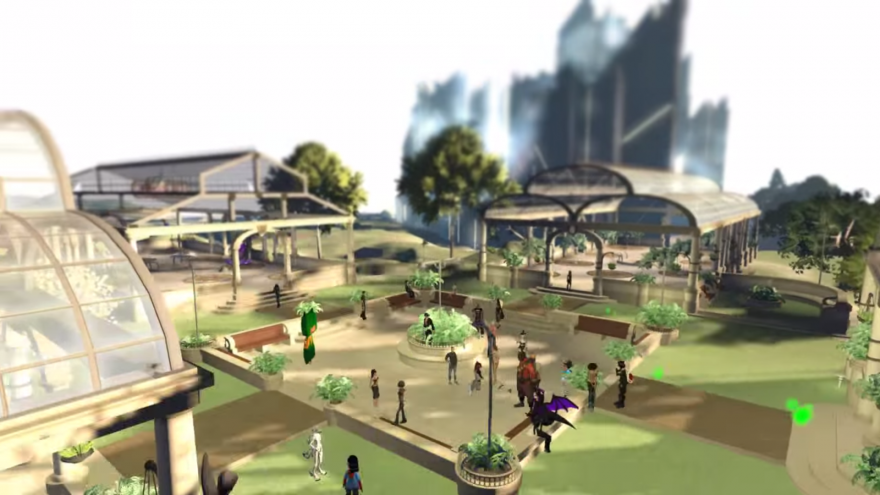 Second Life seems ahead of its time

To those not active in its virtual world, Second Life may seem like a poorly aged artifact of the internet, where people spend real money lavishing digital luxuries on their customized avatars and land or engaging in awkward role-play with others. But now that modern virtual reality hardware has begun to impress the mainstream with its technological advancements, something like Second Life seems like the logical next step.

This is especially apparent considering that Facebook, the biggest social media network on the planet and parent company to Oculus VR, has spoken about virtual reality not just as a new way to play videogames, but as a communication platform for fostering new, “immersive” social experiences. Suddenly, Second Life seems ahead of its time.

Linden Lab, the company behind Second Life, probably knows this better than anyone. Second Life, which launched in 2003, helped pioneer the type of experience people expect from virtual worlds, and now that the tech is fitting, Linden Lab is ready to take it a step further.

Project Sansar, the latest project from Linden Lab, will be a VR-optimized interactive experience slated to launch sometime in 2016. Linden Lab’s goal with Sansar is to “democratize virtual reality as a creative medium.” That means, like Second Life, it won’t just be a pre-built experience for users to explore, but a platform where the people have the power to build, share, and even monetize the experiences they want.

Remove any familiarity with Second Life from the equation, and it’s all pretty unclear what exactly Project Sansar is. Linden Lab has been understandably quiet about it, and only just this week invited a small selection of creators to take part in an exclusive testing period. The first to use Sansar will build “3D content” with Maya, a popular computer graphics tool, but once the platform is out for the public, people will have more building options available.

Will people be able to build games in Project Sansar? Or will it be more like Second Life 2.0, a more ambitious virtual world creator and social hub optimized for virtual reality hardware?

We’re not sure yet, but here’s what Ebbe Altberg, CEO of Linden Lab, has to say for now:

“We want to lower the barrier of entry for VR experience creation. Project Sansar will do for virtual experiences what WordPress has done for the Web: empower a broad range of people to create with professional quality and reach global audiences. By greatly expanding who can create virtual experiences, Project Sansar will also extend the value of VR to a wide variety of use-cases — from gaming and entertainment to education, architecture, art, community-building, business meetings, healthcare, conferences, training, and more.”