Bringing the present moment into VR

When Samantha Gorman started at Brown University, the world of VR was undergoing a ‘VR winter.’ The technology had failed in the commercial marketplace in arcades in the ‘90s, but the flame was alive at universities that had the resources to continue making VR accessible to students.

“I met a lot of the scientists and researchers who were tinkering away with moving the technology forward when no one was paying attention to it,” she says. “Knowing the work that went into VR before the current hype cycle was really spiritually important for me.”

‘VR winter’ is upon us again as the initial buzz around consumer devices has waned. But Gorman and her partner Danny Cannizzaro continue to power Tender Claws, the studio they started in 2014. It’s difficult to put a label on Tender Claws as their projects jump between real and virtual worlds.

Pry is a hybrid novel and cinematic experience for iOS that follows a Gulf War vet who falls in and out of consciousness at your command. Virtual Virtual Reality is a sardonic love letter to VR that asks the meaning of humanity in a future of complete automation. The Under Presents blends live, immersive theater with real actors performing remotely through VR headsets.

We chatted with Gorman about why we’ve forgotten VR’s not-too-distant past, and how to bring live-action into a virtual environment. 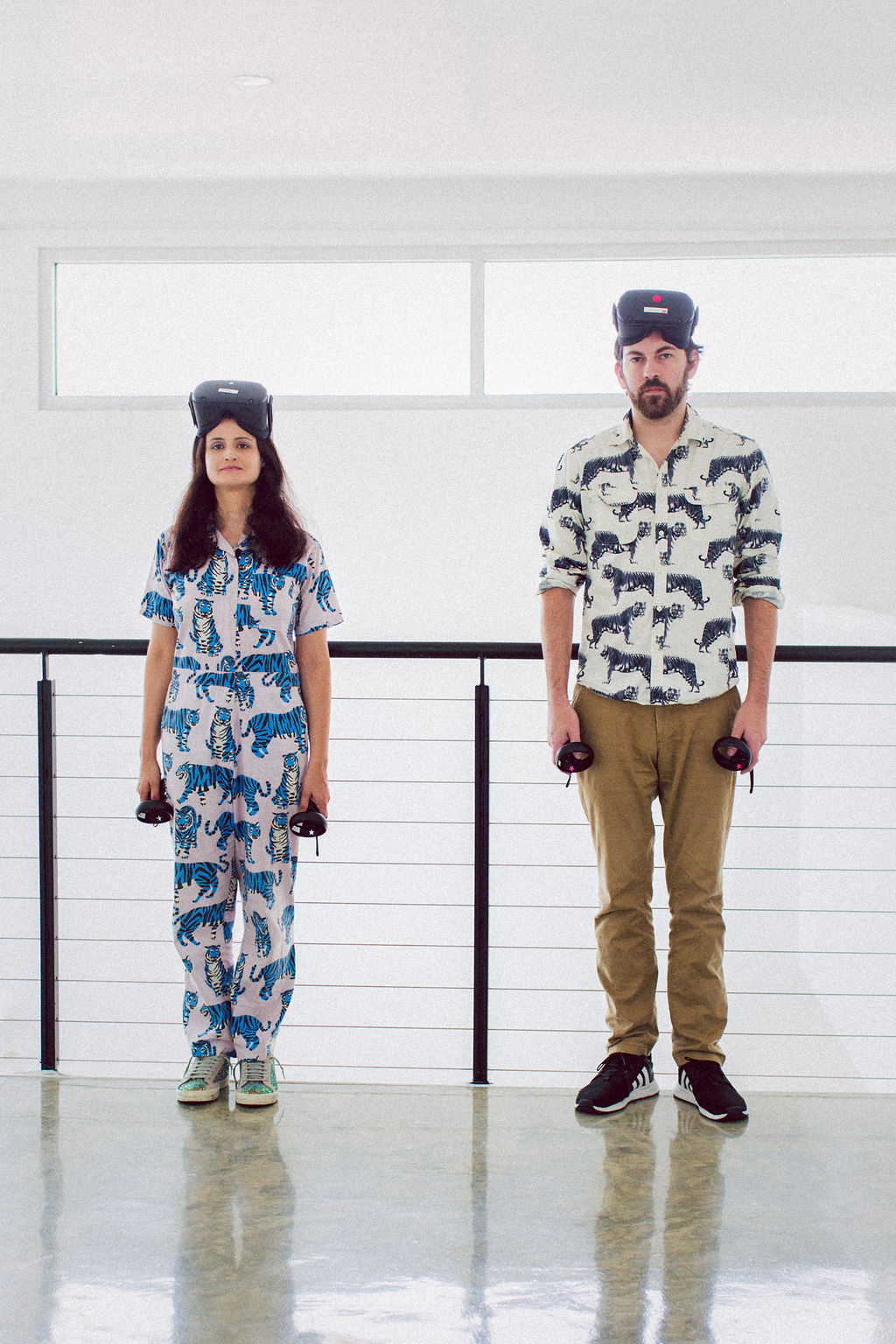 I was a freshman under the tutelage of Robert Coover, who was one of the main proponents of early hypertext literature and branching structures of writing. I was introduced to this idea of nonlinear texts and nonlinear storytelling, of the reader having certain agencies in terms of how they approach the body of the text. Being indoctrinated into that area changes your framework and the way you think about writing.

It was a strange, formative time, because as a student, you’re not only thinking about the structure of how narrative would work in a nonlinear way, but you get to see a lot of talk about it. You begin to understand the tools in a way that’s beyond just the production. That really informs not only how you create, but the type of themes that interest you.

During my time in Brown’s writing program, we had a Cave Automatic Virtual Environment (or CAVE). It’s a four-wall case that’s projected in stereographics and uses trackers. During that height of R&D VR funding, the CAVE was mostly used for NASA-funded projects. The CAVE was a very expensive technology, so when the funding went away from that, that’s when they were like, All right, fine, whatever. We’ll let these writers in. It opened the door for humanities experimentation in the space that wouldn’t necessarily have been there. It informed how I reacted and thought about this current movement in VR. A downturn is not pessimistic because risk-taking, innovation, can also flourish in downtimes because there is less at risk. 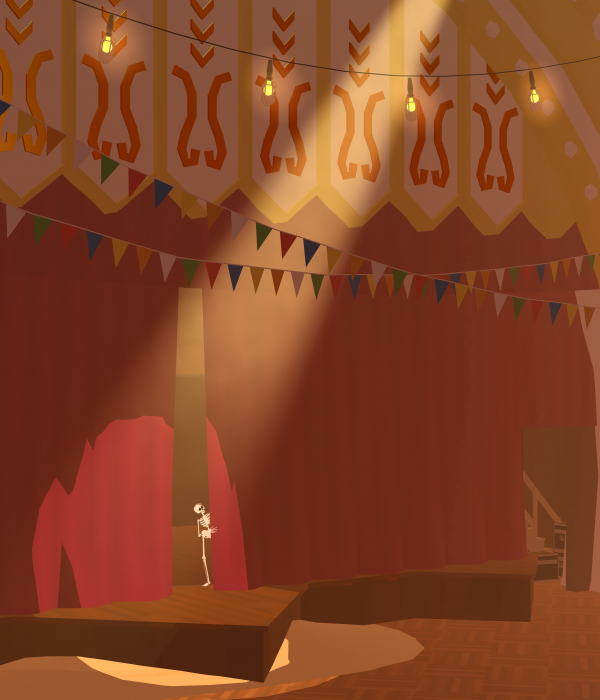 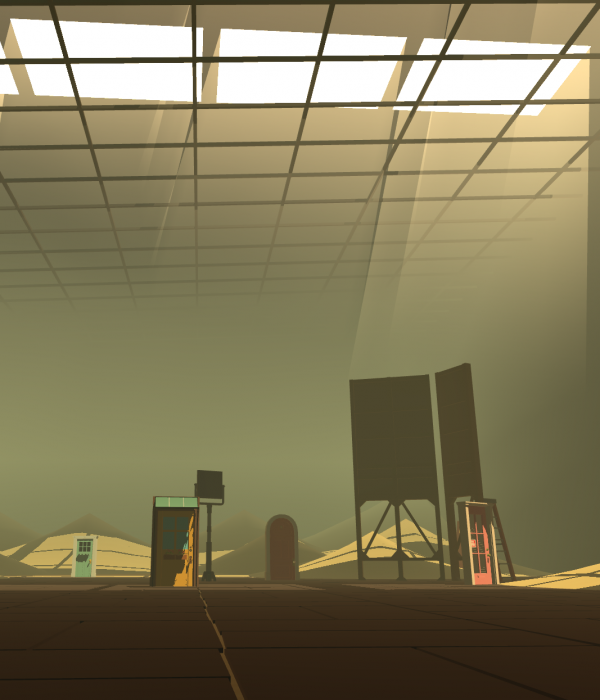 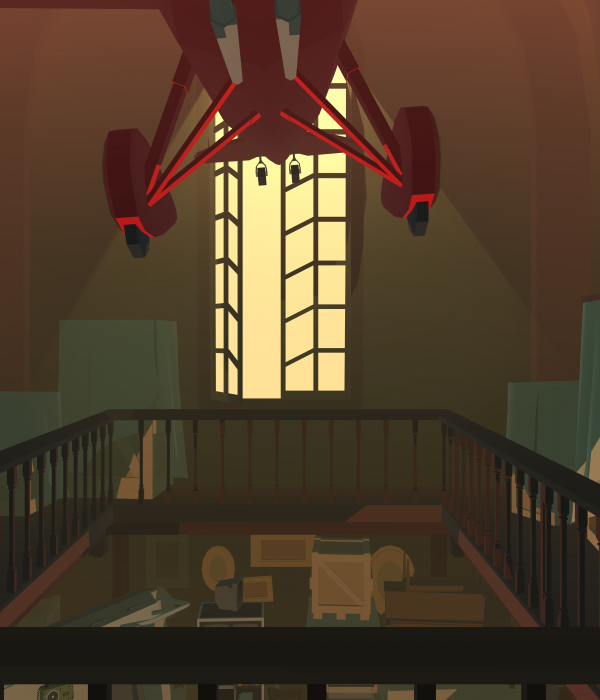 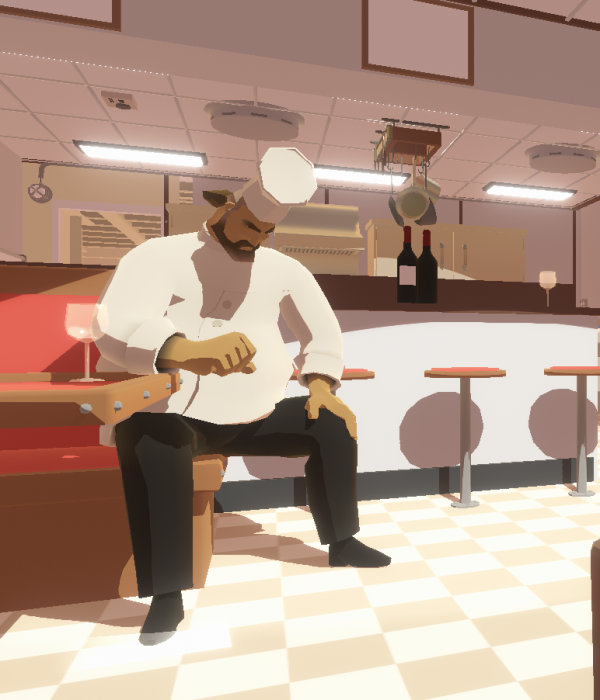 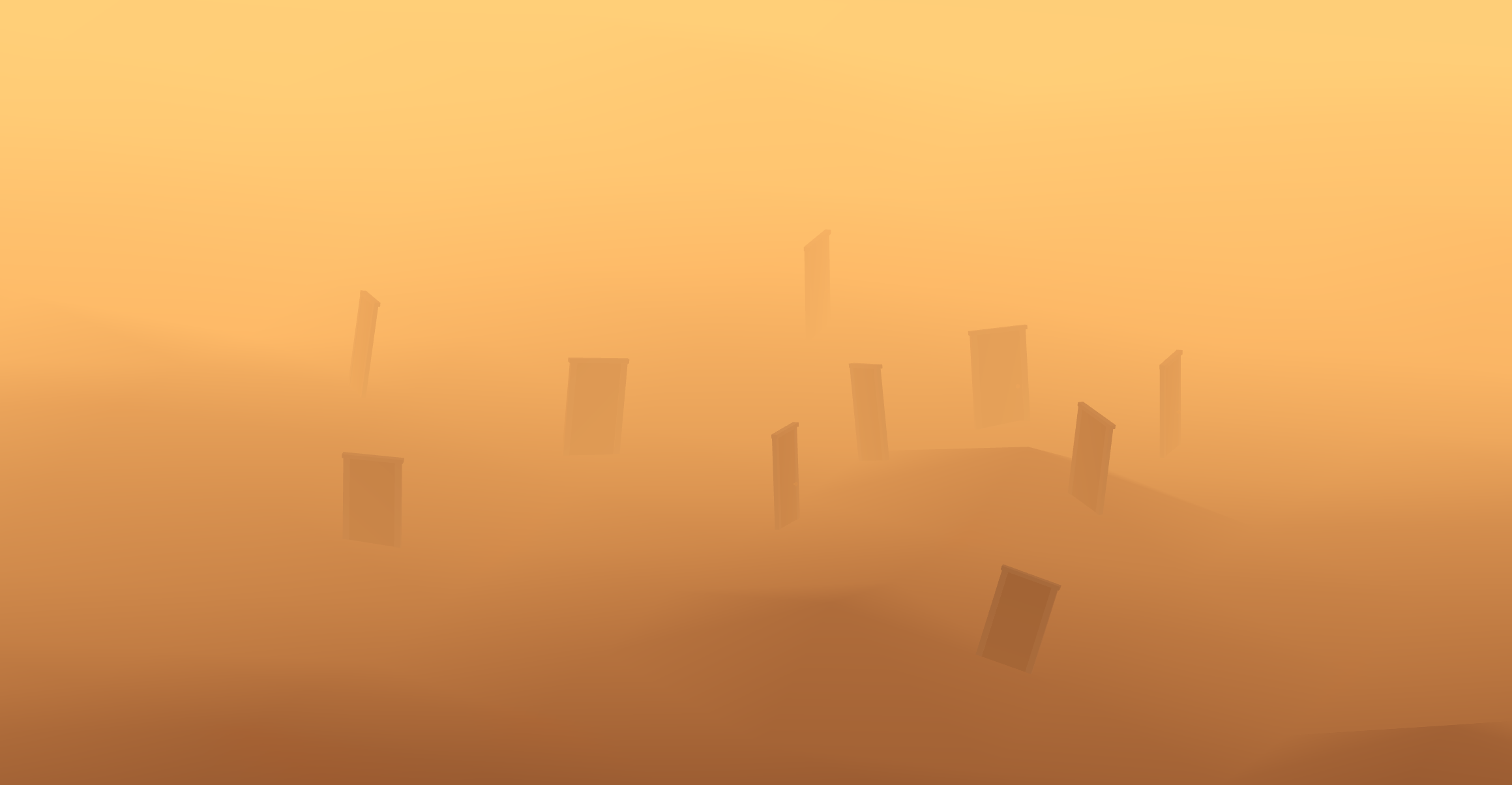 Stills from "The Under Presents," which uncovers the tale of a ship lost in time with diminishing supplies and an ethereal fog that threatens to consume them all.

What are your earliest memories of working with CAVE?

When they first brought in writers, we needed to partner with researchers and scientists because they were the only people who could hard code the Cave to display basic graphics and text. For a lot of scientists, this was their passionate side project. They were very excited to work with writers and to create new things beyond the fluid dynamics simulations they were doing in their normal life.

That was really cool as a partnership. I had no programming experience and had to dive right into basic computer science. Imagine coming from poetry on the page and then finding yourself in the middle of working with three dimensions! But learning those tools helped shape how I think about designing spatial narratives.

I was there for a long time, so by the end of my time there, I was starting to teach, as well. During this time, I realized that VR was actually an inherently theatrical medium.

That is the most important mental breakthrough I made. It changed how I approached spatial storytelling. My first projects were more like 3D poems , while my last project was a collaboration with a dancer in the space.

The frustration for me is that when there is a technological wave or burst of excitement, the language of the new is so prevalent that it creates a type of amnesia.

“The frustration for me is that when there is a technological wave or burst of excitement, the language of the new is so prevalent that it creates a type of amnesia.”

Preaching “This has never been done before,” or “No one has ever done anything like that”—from a marketing perspective, that’s very effective to compel people. Unfortunately, people don’t buy into gradualism. That can be a very difficult pitch when you’re trying to get people to buy a $500 headset. They have to be convinced that you’ve never done anything like this before.

Canada had a whole artist’s residency in the ‘90s for people to do VR narrative and [theorist] Toni Dov was involved. There was Char Davies, who was doing a lot of things that I see replicated in other projects today. She was so big at that time and it’s not in the cultural consciousness at all. I find that very frustrating.

Do you feel like you’ve been a VR creator waiting for the other shoe to drop? Maybe you know too much.

Virtual Virtual Reality (VVR) was influenced by some of that thought process. For us, we have a history of 13 years of collaboration in all different mediums. VVR and TendAR are some of our more recent projects, but we didn’t come out explicitly stating that we are a VR studio. If you explicitly state you’re a VR studio that changes your space.

VVR came from an early hackathon project in 2014. It was made in 24 hours and then kind of evolved from there. It’s a critique of VR and an old love letter simultaneously.

That’s how I feel about VR and this idea of immersive media in general. Someone once said it’s like a stairway: There are these moments of the upward climb and then the plateau. The plateau is where I’ve really seen the actual development happen because a lot of work is done in that space and then that triggers the next upward trajectory. I was at USC when Palmer Luckey [creator of the Oculus Rift] was an assistant to my professors.

Spatial computing will be a paradigm shift but culture adapts to technology. The adoption of cell phones in the U.S was something that seeped into culture and almost felt natural. It totally changed our paradigm. 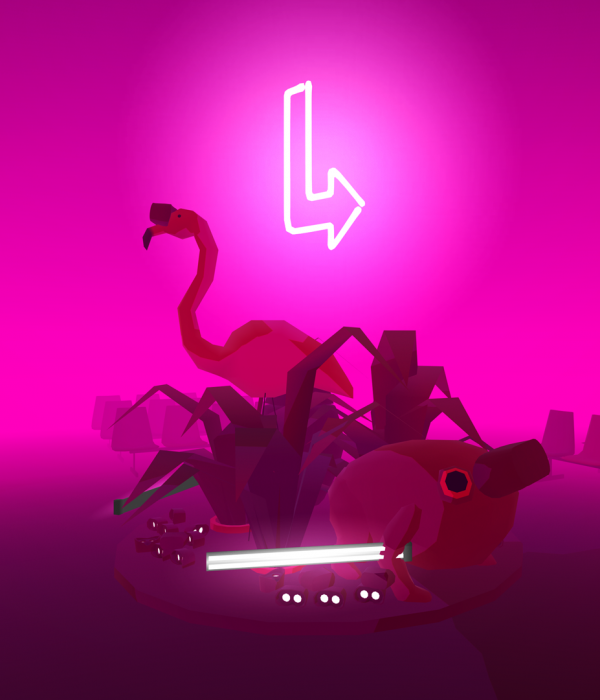 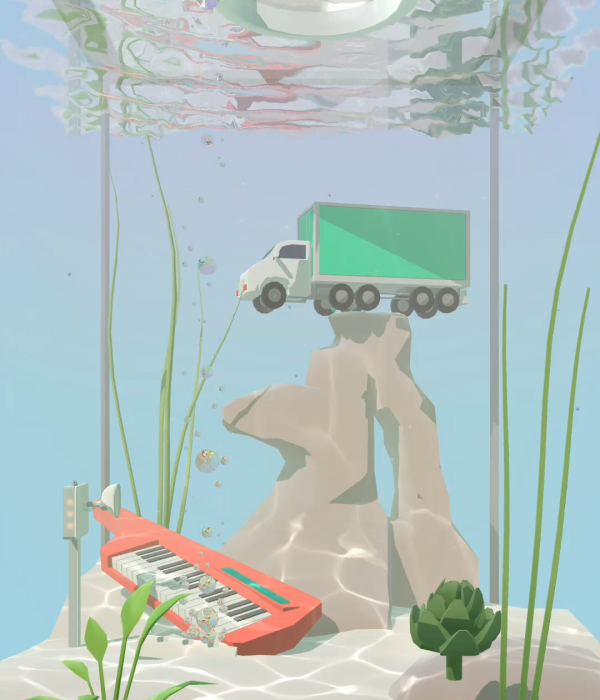 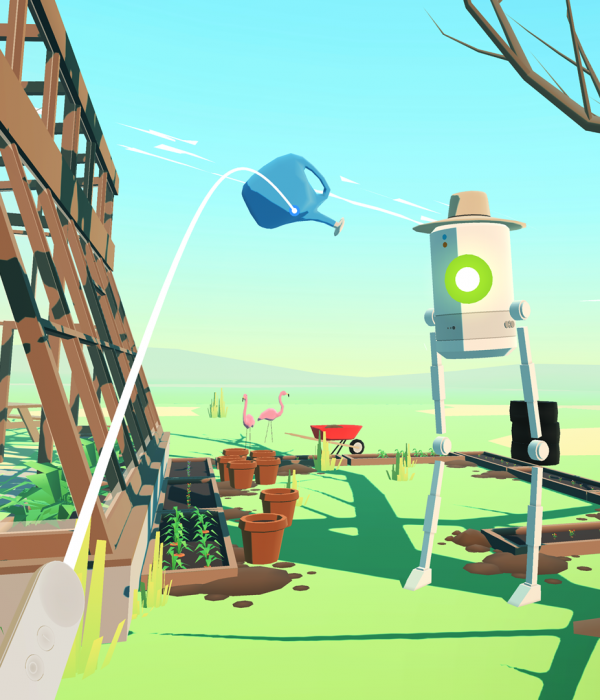 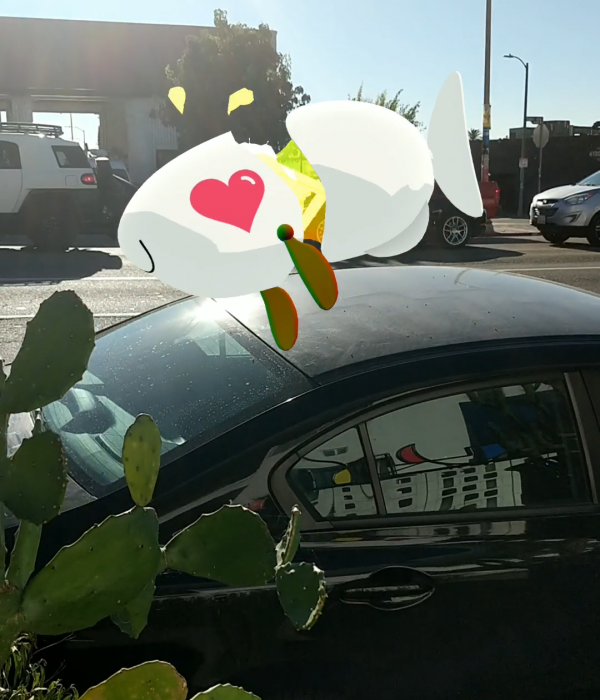 Stills from a selection of Tender Claws projects. "There are these moments of the upward climb and then the plateau. The plateau is where I've really seen the actual development happen."

You’ve mentioned the theatricality of The Under. Can you tell me a little bit about the history of that project and how it fits into the overall Tender Claws oeuvre?

There’s a subset of our projects that are all based on surreal, dramatic literature. The Under is a straight-up drama; our scrappy desire was to have remote actors in the game with live game players. We’re really interested in pushing the definition of what could be possible, even as a small team. We mainly wanted to do it because my degree is in performance art and digital media, which is what I taught as a professor. Danny [Cannizzaro, co-founder of Tender Claws] was a founding member of an experimental theatre troupe called Piehole that has done really well in New York. They’re the people who we respect the most and we wanted to do a project with them.

There was a lot of talk about how VR and immersive theater could overlap in different ways. These are the people who are the most primed to be able to experiment and play in this space, and we want to give them a platform to do so. What we premiered at Sundance was a very small section of what is actually a much longer single-player game, but there was also a multiplayer aspect with live, theatrical elements weaving in and out. 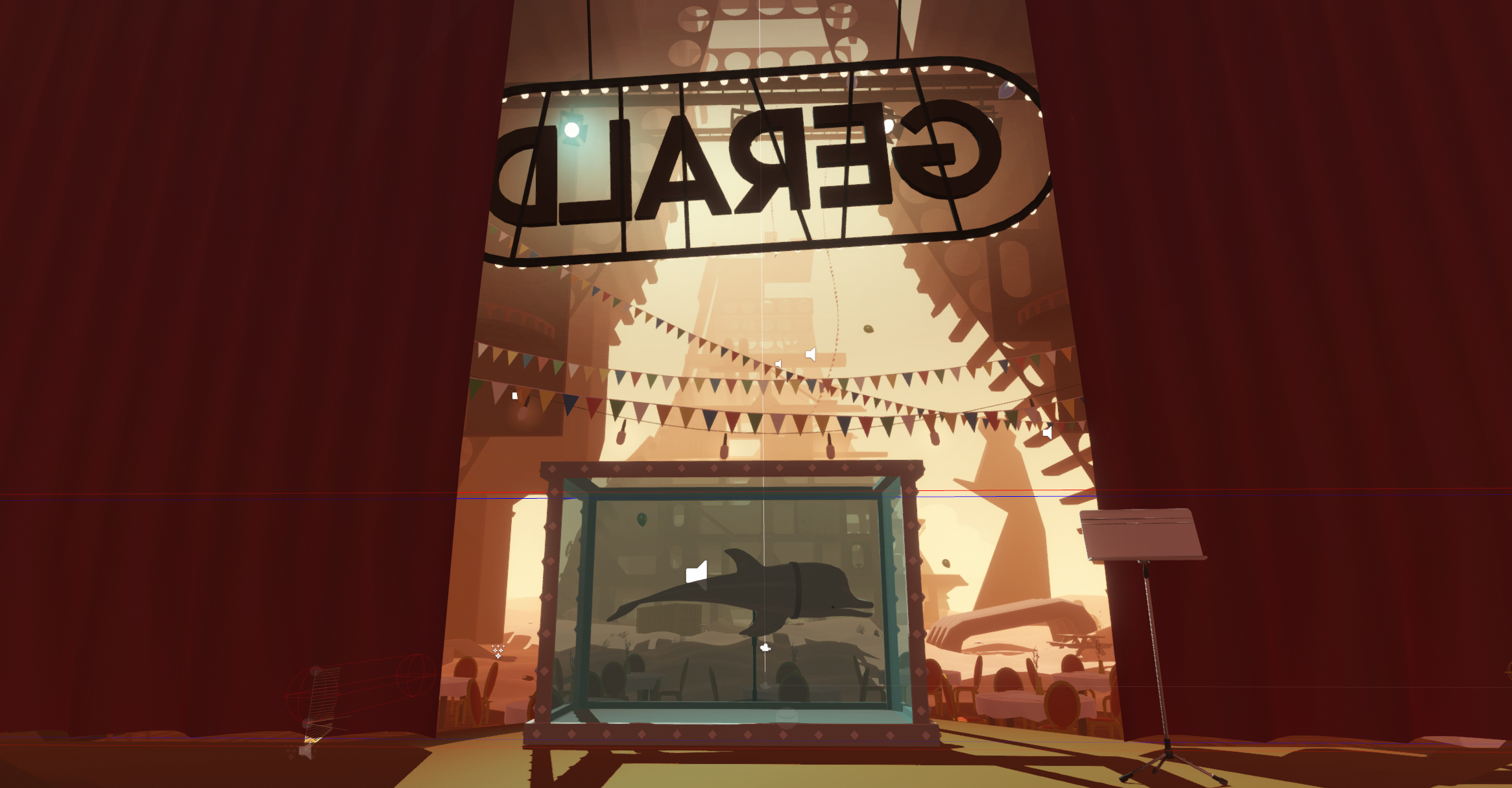 To us, this is also a bit of a research project, because we’re not only trying to create a narrative that can work in VR but also cycle live, remote actors in intervals of at least four months. The ways that we’re channeling players into this type of matchmaking is also research for what is possible in bringing live bodies to VR.

What is presence? How do you mediate intentionality and tension between players? How can actors encourage players to experiment? Or do they just accept that maybe players want to throw shit around and mess up? How do they engage with that life in the space?

Some of the stuff that we’ve worked on with Piehole is important scaffolding that isn’t immediately apparent in the live component. There’s a timely narrative of a survival story on this ship that unfolds over an hour and can be changed depending on which characters you may or may not save. A lot of that came from theatre and improv exercises and things we had all done together that was worked into a script.

We hired Brian Evenson, who’s an amazing, weird, surreal horror writer, to do the first pass at the script. Then we took that and workshopped it. I did the last pass to fill in gaps and did a lot of further character development. It’s the ultimate spatial writing test because you have all these different scenes simultaneously happening in different places. 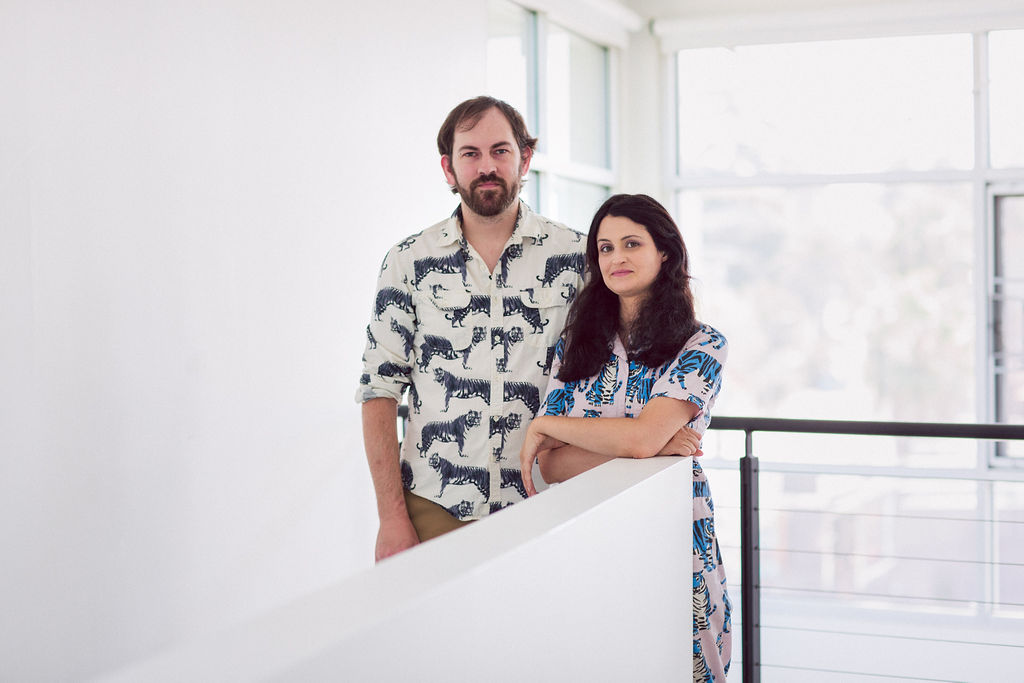 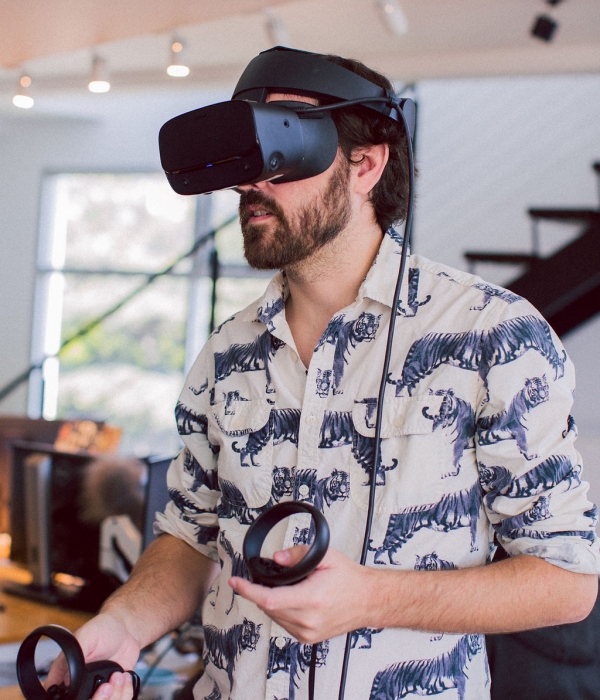 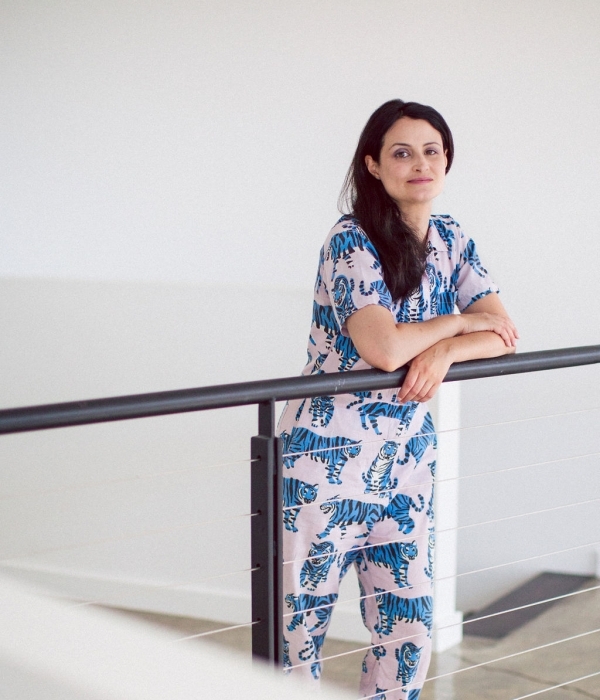 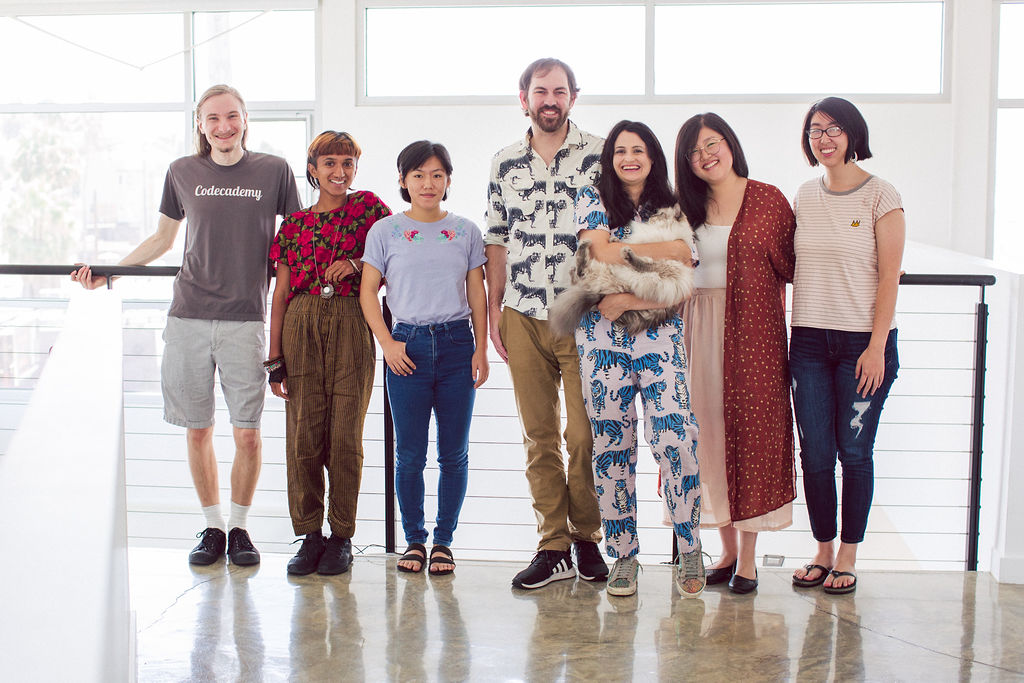 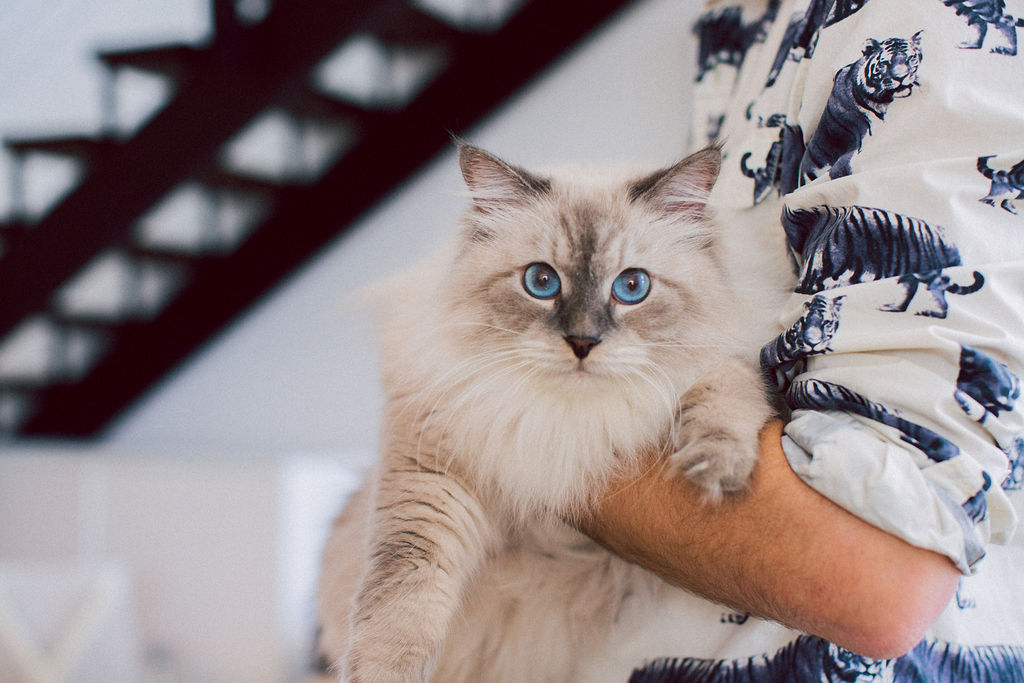 Interview conducted by Jamin Warren on May 24, 2019. Photography by Jennifer Bobé.