Ghost in the Shell and the transhumanist future of sexuality

The sky above Osaka Bay is saturated in light pollution teeming from the neon-soaked metropolis below. Military bi-copters circle in patterns between the antenna towers of Niihama City’s looming skyscrapers as they survey the scene of an ongoing domestic security operation. Kneeling from atop the edge of one of these towers is a figure; a mauve-haired saboteur of the state clad in a leotard, side holster, and leather jacket. Combat boots and leggings hiked just past her knees with her upper thighs left exposed. An external HD cable juts from a small input jack indented at the base of her neck.

Her pupils dilate, sifting through the visual noise of an embedded surveillance feed while combing the room below for suspicious movements. She detaches the cable at her subordinate’s signal, stands upright and removes her clothing. She leans over the edge of the building, a smirk streaking across her otherwise stoic expression. A rappel line heaves sharply, suspending her body directly adjacent to that of her target, who is now only a trigger pull from annihilation.

Masamune Shirow’s Ghost in the Shell made a profound and lasting impression on audiences when it was first published in Young Magazine back in 1989. However, it wasn’t until the release of Mamoru Oshii’s feature-length adaptation in 1995 that the series was firmly cemented alongside the likes of Neuromancer (1984) and Blade Runner (1982) in the emerging canon of cyberpunk fiction. The series has since been adapted by many different directors, each unique in their attempt to reimagine the mythos of Shirow’s manga.

Among these adaptations is the TV anime Ghost in the Shell: Stand Alone Complex (2002-2005), directed by Kenji Kamiyama. Stand Alone Complex depicts a world where the events of Shirow and Oshii’s iterations never happened, offering instead a glimpse into the daily life of its main characters in Public Security Section 9, a task-force devoted to resolving hostage situations and domestic cybercrime. Their purple-haired cyborg leader Major Motoko Kusanagi is the protagonist of the show, as well as of every other entry in the Ghost in the Shell universe.

The depiction of Kusanagi’s body, in particular her identity as a sexual entity, lies at the center of many discussions interpreting the meaning behind Ghost in the Shell’s narrative, particularly in the case of Stand Alone Complex. Even the show’s ending credit theme “Lithium Flower” emphasizes this, describing the so-called “incredible math” of a nameless woman’s cybernetic proportions. Women Write About Comics editor Claire Napier penned an in-depth multi-part essay in 2014 titled “Ghost in the Shell: The Major’s Body” which exhaustively analyzes each of the various depictions of Kusanagi’s body throughout the franchise, ranging from her portrayal as a sovereign entity in full possession of her own sexuality to an object constructed to satisfy the male gaze. Napier’s work poses the question: what does it mean to inhabit a female body in the world of Ghost in the Shell? She focuses on gender binaries and what it means to inhabit a female body in the show—Stand Alone Complex depicts a progressive transhumanist society that has steadily begun to embrace gender fluidity and non-binary representation. Transhumanism, as defined, refers to the the belief that humanity can collectively evolve beyond its current physical and mental limitations through science and technology. Though Napier sees a world that is still saddled with implicit sexist undertones, the society of Stand Alone Complex evinces the beginnings of a post-gender mentality brought on by mass cyberization.

Stand Alone Complex is unique in the Ghost in the Shell universe for expanding on key, but otherwise understated, themes from the original manga and film. Specifically, the show dives into the Major’s backstory, revealing that, at six years old, she suffered a life-threatening plane crash. It rendered her comatose and led to the prosthetic cyberization process that saved her life at the cost of her original biological body. Kusanagi recounts the trauma of accidentally crushing a beloved childhood doll in the grip of her new prostheses to her co-commander Batou in the episode “Android and I.” The tension of tremendous physical capability against the psychological toll inherent to inhabiting a cybernetic body underlies the entirety of the Ghost in the Shell universe, and Stand Alone Complex in particular.

Her transference into a cybernetic prosthesis radically impacted the Major’s sense of selfhood at an early age. In the episode “SCANDAL,” one of the Major’s close friends offhandedly remarks that whenever Kusanagi is offered the opportunity to switch out of her prosthetic mold or body-type, she declines. This directly plays into Napier’s original question: what does it mean to possess a female body in this world, a world where the concept of a ‘body’ now amounts to a shell of interchangeable components that house a digital summation of one’s immaterial self? In a world where people can switch out of prosthetic bodies as if they were trying on a new shirt, it’s significant that Kusanagi chooses not to. Her choice to remain inseparable from her ‘original’ body is an attempt to protect that inextricable and distinct essence of what it means to be herself, as a woman and as a human being.

The origins of Kusanagi’s prosthetic form and her choice to remain in the same body also explain her provocative attire. Though at first blush it appears risque to a first-time viewer, her wardrobe could otherwise be considered mundane in the world of Ghost in the Shell. Having been fitted for a prosthetic body at an early age, Kusanagi’s experience of puberty was a much colder, sterile affair than the typical messiness of biological adolescence. Hers was a series of tune-ups and re-fits, her prosthetic-encased brain stimulated through a cocktail of artificial supplements that could only ever approximate natural development. The Major’s fashion sense isn’t outlandish in comparison to the people who reside in Niihama, either, particularly those who are mostly cybernetic. Within the context of this fictional universe, Kusanagi’s attire is a personal choice to assert her own sexuality in defiance of a body that is, arguably, asexual in its artificiality.

shift gender expression on a whim

Despite the omnipresence of technology, Stand Alone Complex remains a human story and as such is suffused with sexuality. Monogamy and the hard-wired instinct for procreation are still very much alive and active in the city of Niihama, as is evidenced in the home life of Kusanagi’s subordinate Togusa, who has a wife and two children. But in a future where existence is defined by the mind instead of the body, the default gendering of sex and relationships is radically upended. In “Decoy,” it is implied that Kusanagi shares a “physical” polyamorous relationship with two of her close friends. This scene is a hat-tip to an infamous cut section from the American edition of Shirow’s manga that depicts Motoko in the simulated throes of a lesbian tryst. If the physical aspect of the sexual act can be accurately simulated in the immaterial space of a digital world, then the parameters of human relationships are sure to evolve alongside and from it.

But perhaps the most provocative revelations about the evolution of gender expression in Niihama City is found in the episode “Missing Hearts.” Section 9 is enlisted in an investigation to track down an organ trafficking ring linked to a series of mass kidnappings. The Major and Togusa follow a lead to Meditech, a prominent clone-organ dispensary, where they are warmly greeted by the corporation’s chief executive, Iwasaki.

The man to the right is not Chief Iwasaki, but rather his secretary android. Iwasaki is one of the eccentric few who opted out of an anthropomorphic prosthesis, instead choosing a box-shaped quadrupedal chassis. Iwasaki dismisses their initial confusion, remarking that it’s difficult for most people to understand how his choice of prosthetic body is just one of his many self-described “masculine quirks.” Late in the episode, Togusa asks Batou about why the Major is so invested in this particular case, to which Batou answers that the reason why she takes this extortion of prosthetic cyborgs by organ traffickers as such a personal insult is due to her own traumatic formative experience of prosthetic conversion.They are then interrupted by Kusanagi, who berates Batou for spending his salary on weight equipment even though, being a cyborg, he doesn’t need it. Batou promptly responds that she should just switch to a male-defined prosthetic chassis if she wants to act so “macho.” The Major challenges him to an impromptu sparring match wherein she easily defeats Batou, hacking his right hand to uppercut himself in the jaw.

This short conversation speaks volumes about how radically technology has heightened the mutability of the concept of “bodies” and “gender” within this society. In less than the space of two minutes this exchange establishes that, in the world of Ghost in the Shell, individuals with prosthetic bodies can shift gender expression on a whim. No more exhaustive hormone treatments. No more overt cultural stigmatization. Gender is decided by how you feel, not the body you’re born in.

Napier points out that Batou’s retort about Kusanagi’s “macho-ness” serves as proof that this world has not yet fully embraced post-sexist gender conceptions, but the potential of prosthetic enhancements that allow users to reassign and assume gender identities at a whim holds staggering implications for this society’s present and future. These possibilities can be as quietly profound as a cyborg who yearns for the phantom exertion of his former body’s muscles or a self-described hyper-masculine man who transferred his consciousness into the asexual chassis of a quadrupedal box. But then, who’s to say whether Iwasaki was in fact a man at all?
Stand Alone Complex is a thematic tour-de-force that builds on the precedent of Ghost in the Shell’s previous incarnations while injecting its own slew of sci-fi profundities. But where does the series go from here? To paraphrase the many Majors spaced across the multiverse that is Ghost in the Shell, this is a series made of multitudes, as vast and infinite as the net itself. 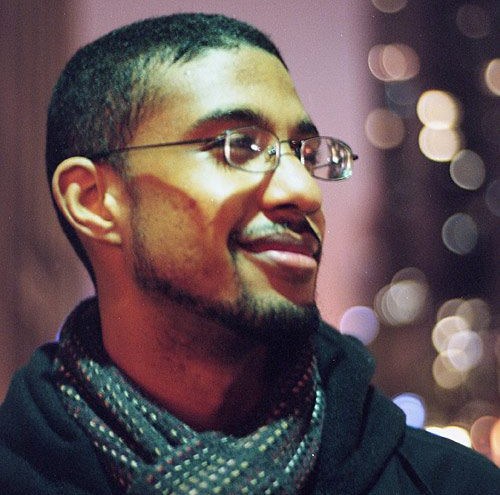