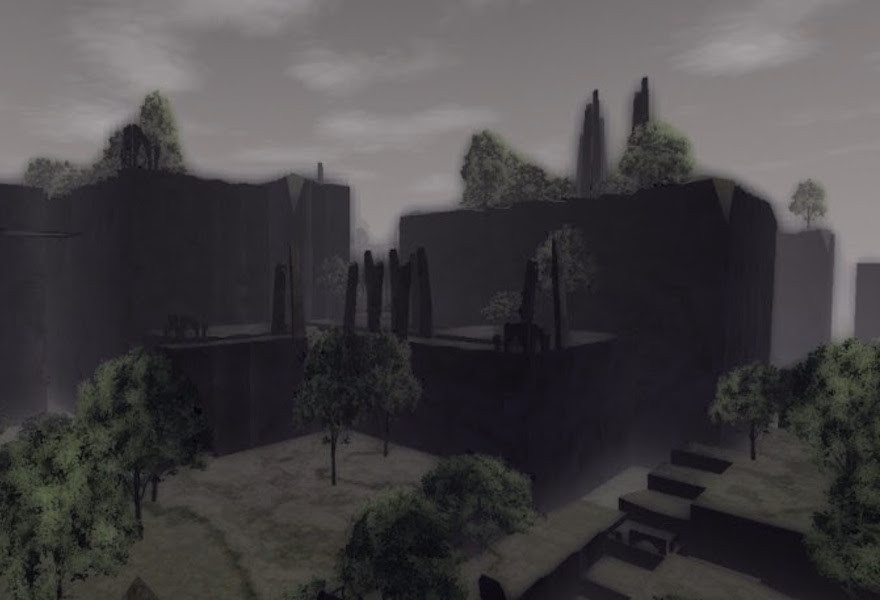 The craggy, mysterious ruins of Ico’s fortress-like castle are known for their wind-blown eeriness. Tom Betts has taken that game’s architecture and used its melancholy character as a model for one of his experiments into procedural generation. The idea, he says, is to interpret the work of Romantic landscape painters, such as Thomas Cole and Caspar David Friedrich, as a sublime videogame. The result is an island of broken ramparts, cold beaches, and overgrown pathways that lead to crumbling staircases, or sharp faces of moss-covered rock. At the center is a tower with a golden aura that draws you to it. You can head straight to this tower’s peak if you like. But that would be to miss the pithy extracts of Roman philosopher Lucretius’ poem “On The Nature of Things,” which echoes a historic importance through the virtual monuments. After, you’re allowed to fiddle with the tools that generate the island in order to author one closer to your preferences.