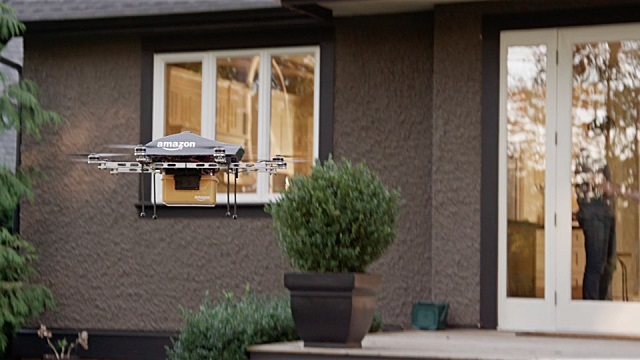 C’mon Amazon: catch up. Your CEO, Jeff Bezos, got awfully excited showing off your new octocopters, gushing about a drone-filled future. But Call of Duty: Black Ops 2 was way ahead of you!

Ok, so that game didn’t have drones that delivered right to your house half an hour after you ordered a shirt to replace the one your friend just threw up on. And yeah, you’re still struggling with getting the FAA to green-light the commercial use of drones. So it’s not entirely your fault that the Amazon “Prime Air” program is still four plus years out. Black Ops 2 probably didn’t have to deal with the FAA when one of its characters attacked LA using an army of drones stolen off of an aircraft carrier named Barack Obama.

But still. If you’re going to become our diabolical David S. Goyer-written overlord, Jeff Bezos, get ready to defy the law.