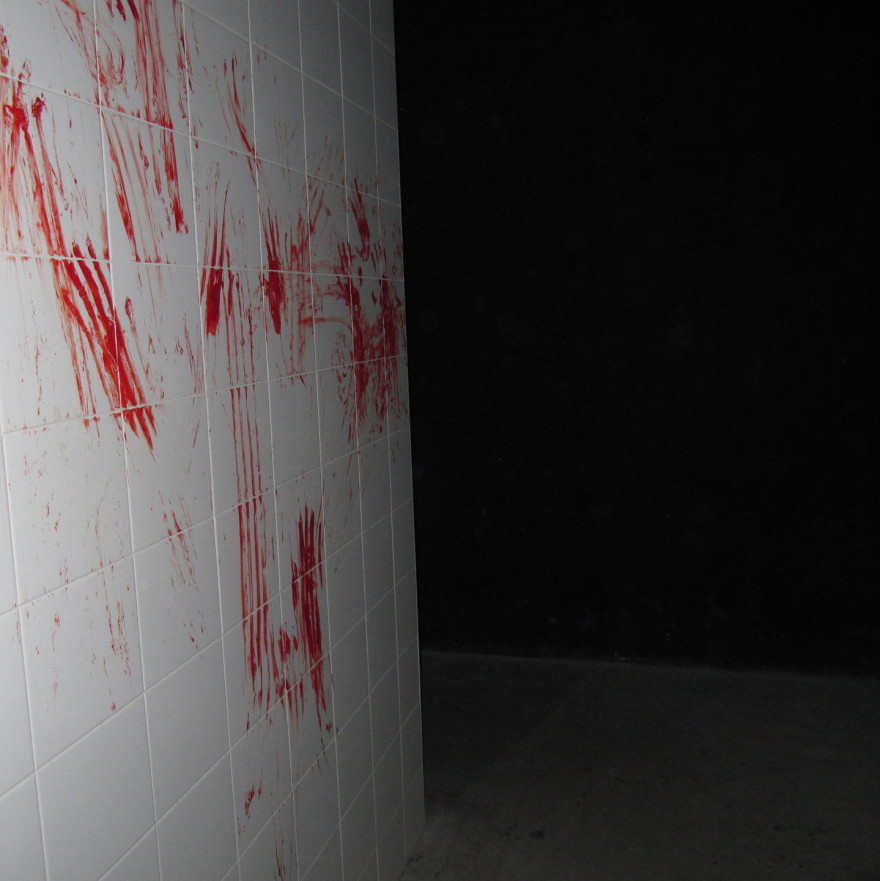 It’s an interesting time for horror videogames. In the wake of Frictional Games’ 2010 smash hit Amnesia: The Dark Descent, the genre has seen an uptick in developers, especially indies, looking to terrify their players. Most of these games take place from a first-person perspective and try their damndest to make it feel like all the terrible things that happen in the game are happening to you. Movies keep going, even if you cover your eyes for the gory bits, and though you read a book at your own pace, the main character’s perspective is one outside your own. In games, the relationship between player and protagonist is more direct. You can’t progress in these games without constantly, willingly subjecting yourself to them.

But “interactivity” isn’t unique to videogames; commercial haunted houses have been supplying interactive horror for decades. Haunted houses actually follow pretty similar design principles as games when it comes to eliciting scares. You enter dark corridors with obscured vision; ominous music builds; screams can be heard in the distance. You proceed forward because, well, you already bought your ticket and you might as well get your money’s worth, but also because there is a prescribed path for you. You stroll past all sorts of disgusting and unsettling sights, your imagination filling in what little is left for it to imagine. At some point there will be a loud crash, a strobe light, and a masked psychopath will leap out of nowhere, and you’ll haul ass into the next room.

There’s a haunted house in New York City’s Lower East Side that’s taking the level of interactivity one step farther. In Nightmare: Killers2, you have the option to let the creeps and monsters get a little more hands-on, if you so desire. Brave volunteers have their foreheads painted with bloody red Xs, to let the actors know who they are. Killers2 isn’t your typical cast of ghouls and zombies either, instead focusing on real life serial killers like John Wayne Gacy, Charles Manson, and Aileen Wuornos. The idea is that while you can tell yourself that aliens and ghosts aren’t real, these murderers most definitely existed. What could be scarier than coming face-to-face with real-life monsters? Well, how about letting them touch you?

At the start of my time at Nightmare: Killers2, I was placed into a group with four others and given the rules of the road. I didn’t ask for the X on my forehead, because fuck that, but another guy in my group did; let’s call him “Jay,” for reference. We entered a dark room with a single, naked bulb swinging from the ceiling like an interrogation chamber. A couple stocking-faced thugs emerged from the shadows and began skulking about and yelling at us individually. Up against a wall, one slammed on the wood panels on both sides of my head; his breath smelled terrible. Jay seemed to be receiving the same treatment as the rest of us, but perhaps that’s because he didn’t speak up when asked who had volunteered for the X. After being ordered to turn around a couple times and stand in various corners, we were herded into the haunted house proper.

Gacy sidled up close to Jay, who had backed up to the wall at this point, and began running his fingers through his hair and along his shoulders while complimenting him.

Unlike most haunted houses where you keep moving forward the whole time, you stop in each of the rooms in Killers2 to soak in the atmosphere and the performances. Most of the scenes feature actors delivering monologues before a jump scare sends everyone running out the door to the next tableau.

At some point, we came upon a front porch of a house-like structure with a screened door. Visible inside was a large man dressed as a clown fiddling with a long balloon, meant to evoke John Wayne Gacy. “Should we go in?” someone in the group asked. Sure, why not? It seemed like the way forward. Still, I wasn’t the one with an X on my head. As for poor Jay: this is where the extra “interactivity” started in. Once we were inside, Gacy sidled up close to Jay, who had backed up to the wall at this point, and began running his fingers through his hair and along his shoulders while complimenting him. Jay kept a nervous, uncomfortable smirk as the rest of us stood there and gawked. Then Gacy summoned a feral, underwear-clad man-boy from a trapdoor in the floor to take Jay down to the basement and away from our group. Jay hesitantly obliged and we continued on as a foursome. (He came back soon thereafter as part of the show, providing a jump scare of his own with his reemergence.)

A haunted house with human actors and participants leaves a lot more room for things to go off-message.

While videogames keep a narrow focus by establishing a set few mechanics that fit the style and tone of the game, a haunted house with human actors and participants leaves a lot more room for things to go off-message. Several times in Killers2, the actors asked me questions about whether or not I was scared or whether I approved of their creepy habits. In these moments, I wasn’t sure what character I was supposed to be playing (definitely not “the videogame critic”), but I was compelled to answer because that seemed more fun than remaining silent. However, my deadpan replies of “I’m alright” and “Yeah, it’s ok” rang incongruous with the dreadful ambiance. Perhaps I’m not “good” at haunted houses, or else I could have used an acting coach. By playing up the acting and characters in the haunted house, I felt like I’d been pulled up on stage just as much as I felt like I was on a ride.

Several of the actors asked us to perform small tasks in their environment too, which got us involved in the scenes in a more controlled way than the open-ended questions. One of my favorites was the room that preceded the Manson encounter, featuring a strung out hippie girl who whispered instructions to us to move a bunch of baby cribs from one corner of the space to another. “Yeah man, just, we gotta move these cribs man, like c’mon, move that one over here, yeah yeah yeah, I dig it, man,” she said in a breathy, stoner voice. I grabbed the top handle of one of the wheeled cribs and, sure enough, a “baby” popped up unexpectedly and got a good startle out of everyone.

There is a performative undercurrent in both haunted houses and horror videogames, where playing the role of the protagonist “in character” greatly enhances the experience. To resist role-playing and steel yourself against these frights, as if they are legitimate, real threats, actually breaks the system a little bit. For example, if you play Amnesia in broad daylight, you’re likely to find it less scary. While this can be a comfort to the more cowardly among us, if you’re trying to avoid being scared, you could easily do so by not playing a horror game in the first place. The same goes for Killers2, where the willful submission to being terrified is the crux of the experience. You have to “let go.”

By not volunteering to have an X on my forehead, I took the “Let’s Play” video approach to the haunted house. I was willing to be scared, but wanted to put a bit of distance between the horror experience and myself, lest it be too much to handle. But a Let’s Play video of a horror game only satisfies your curiosity; it doesn’t translate the experience.. Somewhere in the back of my mind, I was still responding to the impulse to avoid danger, even though I knew full well that I would be perfectly safe. Interactivity, it seems, has a way of overriding logic.