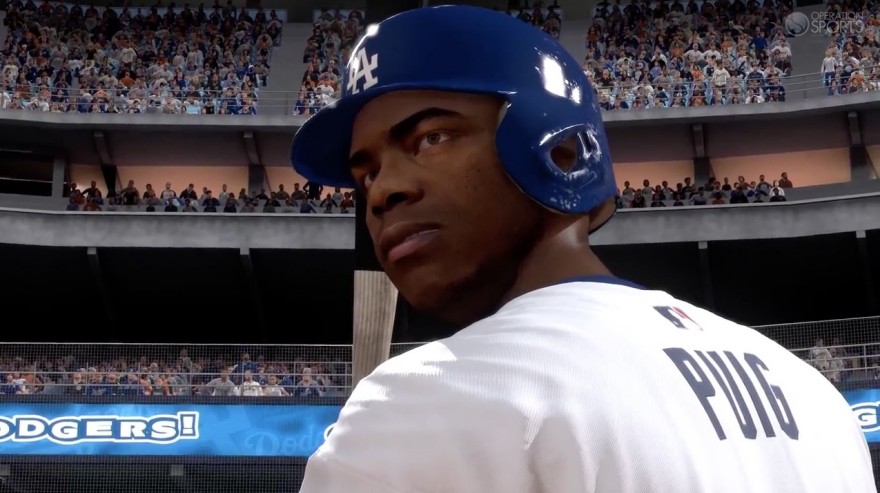 The start of the MLB season couldn’t be timed more perfectly: as with every year it comes to represent spring and new beginnings for countless people. Pitchers and catchers report to spring training, usually in the middle of February, promising those of us sheltered in the colder parts of the world that, soon enough, the sun will be shining, the weather warm enough to justify a sport played largely in open-roofed stadiums.  For sports fans, spring training and the start of the regular season is forever linked to those warm feelings we get when the winter weather finally starts to relent.

The way in which people talk about the start of the MLB season, and baseball more generally, is often ritualistic and almost religious. In Jeffrey Eugenides’ novel The Marriage Plot, college wordsmith Leonard asks his sometime girlfriend Madeleine if she knows what “paradise” means. “It means ‘walled garden’,” he says. “That’s what a baseball stadium is. Especially Fenway. A walled garden. Look how green it is! It’s soothing to just sit here and look at the field.” Few sports boast such a lyrical devotion; there’s something about baseball’s spring setting, attention to detail, and overall promotion of patience that allows fans to be meditative, something that certainly isn’t present in a lot of sports fandom.

It promotes patience and long-term thinking.
It’s this meditative aura that

MLB 15: The Show taps into, setting it apart from so many other sports games on the market. With each passing year the Show franchise seems less and less like a typical sports game— the type that serves as a roster update with the sports’ rougher edges smoothed out for mass consumption (I’m looking at you, Madden)— and more like a counterpoint to the immediacy of videogame and sports culture at large. It promotes patience and long-term thinking.

Just about everything in MLB 15: The Show is structured around persistence and focus; the result is an “immersive” experience, if only because being immersed in the game is the only way to play it. There are no shortcuts to hitting the perfect sacrifice fly with a runner in scoring position, or turning a double play as a budding shortstop in the reality-mirroring “Road to the Show” mode. Nothing but subtle adjustments to your positioning or swing timing, coupled with getting in your reps during warm-up, will improve your game.

This is never more true than in the series’ two most consistent and popular modes, the “Franchise” and “Road to the Show” modes. As a General Manager in the former, you need restraint and foresight in fielding a team and sorting out contracts, all while biding your time and hoping that the rookies you’ve invested in will end up producing at a high level in the years to come. As an individual in “Road to the Show,” you must show patience as you work your way up from Single-A ball to the big leagues. As your attributes change, you must adapt. Your swing will become quicker and more powerful while your opponents start throwing more forceful, accurate pitches, compelling you to adjust on the fly. It’s not often that a game presents a mode where as your character’s attributes increase, the game gets more difficult, but that’s true here; and it should be, as “Road to the Show” captures the demanding transition from playing minor league ball to stepping onto the field as part of an MLB club.

MLB 15 is “difficult,” but certainly not impenetrable, and the game never veers into hostility towards its players. Rather, the difficulty of the game—from timing your swing, which depends on pitch type and speed, to mastering the new “directional hitting” feature which allows you to hit open spots on the field—is in service of a verisimilitude to the difficulty of baseball itself.

Too many sports games, and too many mainstream videogame releases, when attempting to mirror life as we know it, focus on only the most exaggerated, and often capitalistic, tendencies of our lives. This is especially true of contemporary sports videogames, where “collecting stuff,” whether it’s experience points to upgrade your player, or virtual currency in order to buy shoes, headbands, hats, or a new hairdo, is the main goal.

MLB 15: The Show is far from cynical.

Perhaps, then, “stuff-collecting” sports games are almost too true to real life, in that they mirror the way most of us would rather buy our way to an imagined goal, or spend our money to distract ourselves from hardships, rather than spend the time working on ourselves, improving our skills in order to achieve success. To accept those kinds of sports games would be to accept a cynical, empty existence, though. MLB 15: The Show is far from cynical. In fact, there’s optimism in the game’s adherence to the slow grind of baseball, suggesting that hard work really does pay off in the long run. It makes the personal achievements within the game, whether it’s hitting that first home run, or perfectly placing that walk-off single that drives in the winning run, all the more satisfying, because they don’t feel like they’re part of a predetermined checklist, but rather the product of dedication and attention to detail.

MLB 15: The Show is remarkable in that it adheres to a method of gameplay that’s absent in most sports games. By privileging patience, attention to detail, and creating a system that rewards minor adjustments to the way we play (not unlike strategy adjustments in the real life MLB), MLB 15: The Show remains one of the only sports games on the market that not only has a distinctive and engaging look and feel, but also pushes an admirable ideology that, however subtly, explores how we engage with sports and videogames.